Isaac and I had slept later than we’d planned and after discussing what to do we decide to go to Tobu Zoo together so that Isaac and I could check out the Zoo, and I could get the credits he got a couple of days prior. I didn’t want him to feel like he had to go back with me, especially with the train ride and cost, but he was happy to go back to the zoo, which he’d not spent any time at on his first visit. Also, he liked the coasters so much, he wanted to ride more, and wanted to see what I thought of them. The only downside is that Tobu Zoo is really rural to the north, about 2 hours from Yokohama, which is already on the south side of Tokyo.

Having said all of that it was definitely worth the trip out to Miyashiro for the zoo.  Getting there on the train takes you to a newly remodeled station on the Tobu line, out in the Tokyo suburbs and farmland. The quaint little town of Miyashiro didn’t seem to see much in the way of Caucasian or generally non-Asians from what we saw on our visit (Isaac’s second). We walked from the station to Tobu Zoo, passing through the town and by Nippon Institute of Technology, a 100 year old college in Japan. We walked to the zoo in the beautiful weather (another reason the visit to Tobu Zoo ended up being today).  I’m not sure what the park is like on the weekends or when school is out, but during midweek with school in the park was absolutely dead. We paid our entrance fee and for a ride all day pass and headed in hopes that all of the coasters would be open, and they were.

You can walk for quite a ways in Tobu without seeing anyone, employee or patron alike.  Our first stop was a walkway to the left of the lake to Regina, the Intamin built wooden coaster built over a small lake, as it was further out from the rest of the rides. I’d heard good things about this ride when people started going to Japan to ride coasters, many years go, but in recent years reviews hadn’t been so good. Isaac wasn’t able to ride in the back on his initial visit and wasn’t so impressed with his front row rides. But today the crew didn’t seem to mind where we sat, so the back it was.

Regina–Of the 2 wooden coasters on the trip, I was surprised at how much I liked them both! Regina was absolutely fantastic in the back.  You’re pulled over the first drop and get some nice airtime.  Then after you go up into the turnaround, there’s a rampy drop that eventually drops out into a regular drop, and it was great!  Kind of like a double down, but not quite.  Then you’re thrust up in to an airtime hill, then up into the other turnaround, then drop, airtime hill, elongated hill into the MCBR, a helix,  then a series of turns and airtime hills back to the final brake run and the station.  The  ride has lots of laterals and airtime and I really, really enjoyed it.  I went in thinking it would be just okay, and it was actually really great.

At Regina we had seen the Kawasemi crew walking over to the ride, which up until that point hadn’t been running. So we walked over to see if Kawasemi was open yet. The ride park, which was absolutely dead, is very nice. There’s one of the nicest looking and best themed wave swingers I’ve ever seen  The ride sections of the park have 2 kids sections, a decent amount of flat rides and at least 2 haunted attractions. Once we got over to Kawasemi we were the only 2 people there, so we rode in the front of an empty train.

Kawasemi–I’ve been looking forward to the Intamin Mega Lite for quite some time.  Although a little sluggish in the morning it was a really fun coaster, with a great first drop and much aitime afterwards, though mostly floaty airtime in the morning. You start up the short lift hill, which uses a cable lift instead of a traditional chain lift. After the first amazing drop you turn to the right over water, then up into an airtime hill that twists to the left and up into another airtime hill. The twisted hill under the lift was good, and all the hops at the end had airtime. There there’s a turn up into a hill, some more twisted hills before a turn around before you hit the three final bunny hops and a turn/hill into the brake run. The ride is fun, but it would be much better later with a fuller train. Honestly, I was quite let down at first, but much better later in the day.

Next we walked over to the nice new looking (but lacking in shade) kiddy area of the park. Over here we found Tentomushi, which Isaac had ridden previously on his day trip. There wasn’t anyone on the platform at first, but a young man came over and ran the ride for us. Tentomushi is a basic medium Tivoli and we got two circuits on it.  After getting off we walked over to the other kids section where the newest kiddy ride is.  We stopped off at a pier in a small lake where tons of fish begged for food on the way. I after getting there I pondered whether I wanted to ride, but since there was no one there other than us, really, I let go of my self respect and we rode the cute otter themed powered coaster, Diggy & Daggy’s Tram Coaster. This was a small but fun powered coaster.

Then we headed back towards the Zoo section of the park, on the way stopping for a spin on the cheese themed Ferris Wheel for a ride in a nice, air conditioned cabin where we had ample opportunities to take photos of the entire park, zoo, and surroundings. Then we walked leisurely thru the actual Zoo, which is very nice and well kept. We fed a bear, watched as they readied parts of the park for autumn (They were putting in flowers for the new garden). I assume the Zoo is the money maker for the park, but again, the rides may be more popular on weekends and in season.

The zoo section is quite large and very nice. We started with some birds, lemurs, and flamingos. We walked thru the big cat area, with lions, tigers, and more. There were several birds that were a highlight of Isaac. I saw the Elephants (I love elephants). There was a nice hippo enclosure, a couple of camels, penguins, and even a buffalo and an American Beaver (Not just me). They have a seal show, but we didn’t have time to wait.  Then we went to Monkey World, a section with several different types of Monkeys. 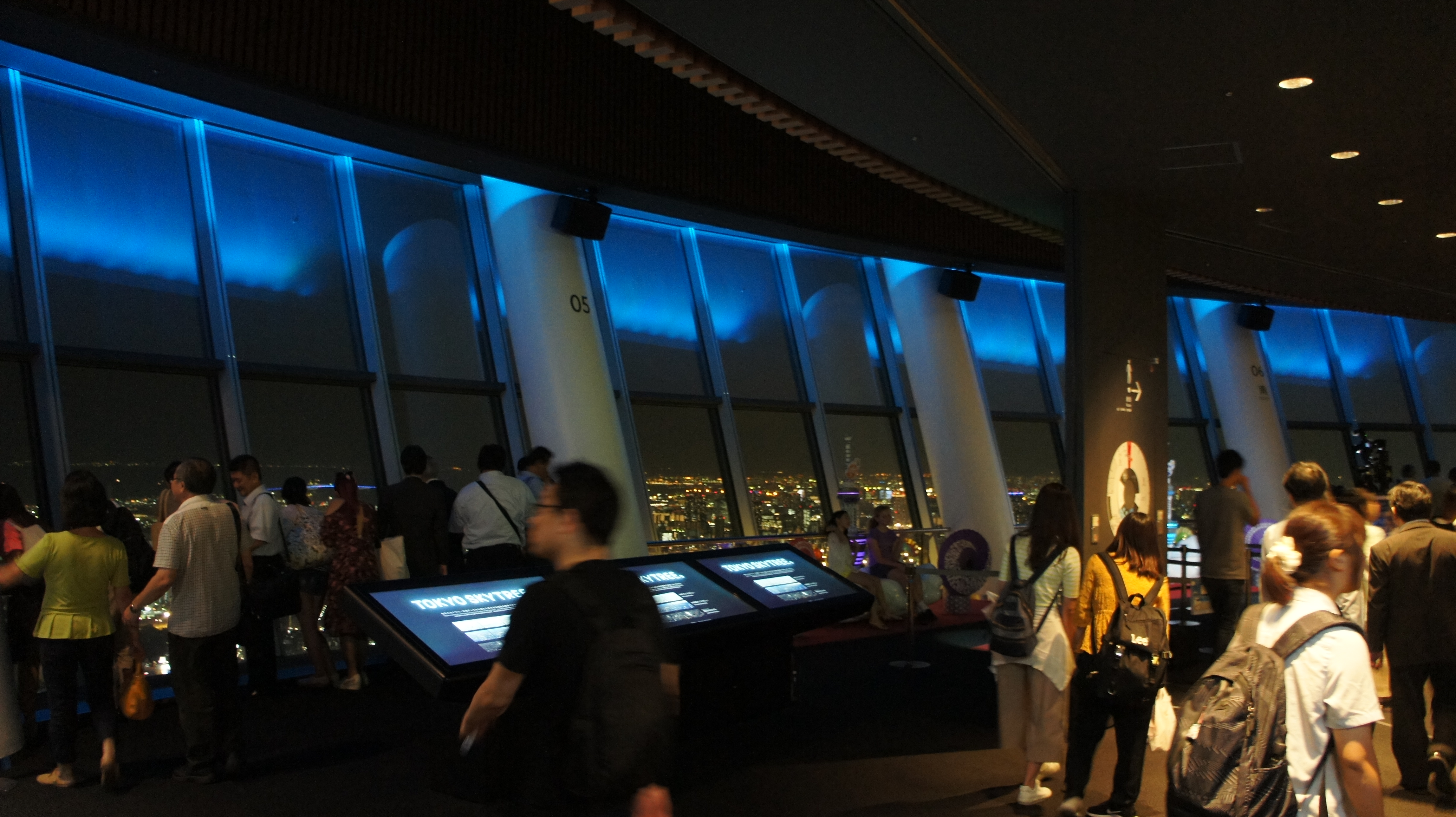 There is an uncharge room you can go into which is dark, and it has lightning bugs. I was intrigued, but the price was more than I was willing to pay. So we looked at the crocs, gators, and capybaras instead (not all together, mind you). There was a duck feeding in the duck enclosure as we walked by and headed back up towards the garden area. I needed to rest on the way as my feet were hurting so bad.

Once we were done animal gazing, we headed back over to the quaint inverted monorail and took another couple rides on Kawasemi with a fuller train, which made the train much faster and the airtime much better. In between that we hit up the haunted walk thru. It started with a quick video, and honestly, it was one of the best haunts we did.  Very dark, and though I think there were only 2 people in there to scare us, they did a fantastic job.

There was a 3D haunted simulator that we didn’t bother with. Our last ride was another back seat ride on Regina and much like Kawasemi, with fuller trains and the rides warming up there was much more airtime.

After we finished with the Zoo, we headed back to where we started in Japan, Asukasa.  We wanted to go back and do some shopping, near the temple area we had discovered when we first arrived  But first up we went to the Tokyo Skytree. Skytree is the second tallest building in the world, and also owned by Tobu (among other companies). Because Tokyo Tower was getting dwarfed they needed a much taller tower to handle the Tokyo Metro Area’s broadcasting needs, so Skytree was built.  For about 2000 Yen you can go to the main 3 levels, which include panoramic views of Tokyo Prefecture as well as, shops, restaurants, a bar, a glass floor, and more. And for another 1000 or so yen, you can go up to the highest occupied floor, which we declined to do.  Next time I visit, though, I may just try it out.

From Skytree, you get spectacular views of Tokyo, Yokohama, and many miles around. It shows you just how large the Tokyo Metro Region really is. We explored all three floors as the sun was setting which enabled us to get twilight photos of the city and nighttime shots. I lost Isaac at one point, and didn’t have any cell signal to call or text him. Eventually we ran back in to each other. After spending some time up top we headed back down and went to the food court to eat. One of the food stands looked like it had amazing food and was the busiest with everyone locally, so we got food from there.

After leaving Skytree we took the metro back over to the shopping area of the Temple that we discovered our first morning to pick up some gifts. Most shops were closed, but we found what we came for, some fans and souvenirs for friends back home. By that point, it was dark, and the temple area was once again empty, so I took a few night shots of the pagoda and other buildings all lit up with Skytree in the distance. Then we took the train back to Yokohama and headed to our hotel.