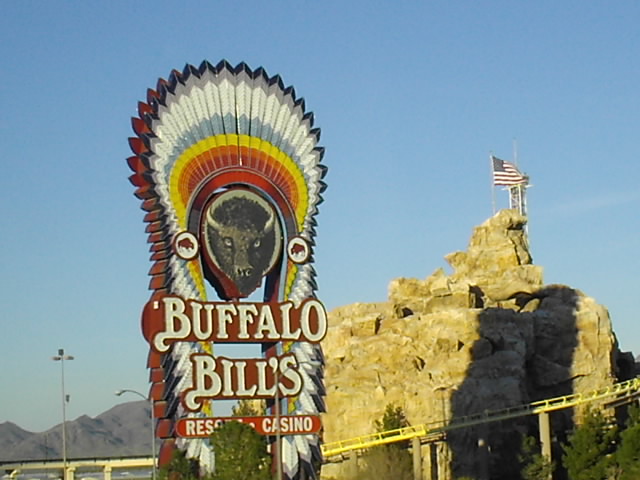 Waking up Friday morning, Jamaal and I got ready with plans to head over to Stratosphere with the gang to see if we could get a ride on Insanity since it was closed the night before. We’d had the breakfast buffet at our hotel the day before, but no such luck today. We rode over by Stratosphere but, after talking to Bill, decided we weren’t going to wait till the rides opened later in the day as we had plans to go to a concert that evening in Hollywood, so we left Las Vegas.

I wanted to get a picture of the billboards on the way back that said, “What happens in Vegas” & “Dosen’t get past this billboard” but we went by too quickly.

Speed was fun for the 2 rides, the food we had was great, Manhattan Express wasn’t the worst, and High Roller Sucked. The other rides (that were running) on the Strat were fun even if we didn’t get to ride Insanity.  And Star Trek: The Experience was awesome.

But now it was time for coaster credit #106. We headed towards Prime, which is about 40 minutes outside of Vegas, on the NV/CA border.Buffalo Bills was interesting.The casino was nicely themed, and the Log ride looked like fun but we only got tickets for Desperado, even passing up what would be our 3rd S&S tower.

Desperado–It could be slightly rough, yes. But the trains were prettier than those on Magnum. The station is inside by the casino. Jamaal and I were in front seat with two other guys in the very back. We waited for a few minutes and then were dispatched. You go down a dip and then start up the lift that takes you outside. The first drop was great, just a bit rough at the bottom, but still fun. The subsequent bunny hops were filled with airtime, and both of us liked the ride, which circles the outside of the casino. I’d rate it above average. Another hypercoaster in the books. Another former record breaker ridden.

We were already 40 minutes past Vegas and our drive back from here wasn’t bad. Eventually we stopped at a gas station in a little settlement in the middle of the desert where we had stopped on the way to Vegas. I don’t think the temps ever got below 80 the couple days we were there.

Though I may have wanted to do more sightseeing, once we arrived in Hollywood it was already around 4pm, with a concert at 8:15. After parking at the bottom of the hill we rode the tram up to CityWalk. We had dinner at Panda Express and did some shopping. It was getting much cooler than Las Vegas had been. We really didn’t have a lot of time before getting in line for the concert. 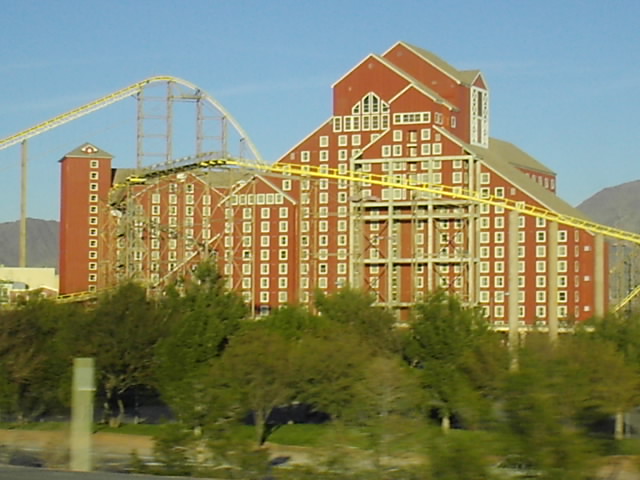 Universal Amphitheater was a nice venue. We made it to our seats, which were a welcome to my tired legs. We still didn’t know who the opening act was, then someone told us-Phantom Planet, the guys that sangthe theme song for ‘The OC’. Plus we found out this was the opening nite of the tour.

Phantom Planet was great. They had a fairly long. It’s always refreshing to hear a good *Live* band. During intermission we went for a potty break, and I spotted someone I walked by that looked familiar. I knew I recognized this person. At the top of the stairs, I mentioned it to Jamaal, and coming back down the stairs, he was like “oh my, it is him”, our first celeb sighting…Ian Ziering from 90210. We had better seats than he did.

The lights went down and Maroon 5 came out to screaming fans. They did the songs off of their album and some new songs as well. Another refreshingly good live band. The lights went down and stayed until the encore. Then they went into my favorite Maroon V song, and I knew the end was near. I really love She will be Loved, and the audience went wild for that one as well.

After that, Adam Levine mentioned that the drummer had been off the tour due to injury and they had a back up drummer. But since it was L.A. and this was their hometown, Adam took the drums as the Drummer came out to play guitar and sing 2 songs. Their rendition of “Seven Nation Army” by White Strips, and then “Highway to Hell”, which just happens to be a song about being on tour.

They would be performing in Morgantown a few weeks later, but I wouldn’t be able to go. One interesting tidbit: The lead singer from Phantom Planet actually sat with his girl friend and family right behind us for the entirety of Maroon 5’s set. Great nite. Then it was a late arrival at Days Inn in Buena Park. We met up with Tim Danner who was also staying there that nite for a few minutes before bed.

Some years later, after meeting a friend’s wife, we found out that we were both at the same Maroon V concert, her in the pit just in front of us. Disney was right, it really is a small world. Jamaal and I were tired, and we had to get up early for Exclusive Ride Time at Knott’s Winter Coaster Solace the next morning, so we headed to bed. 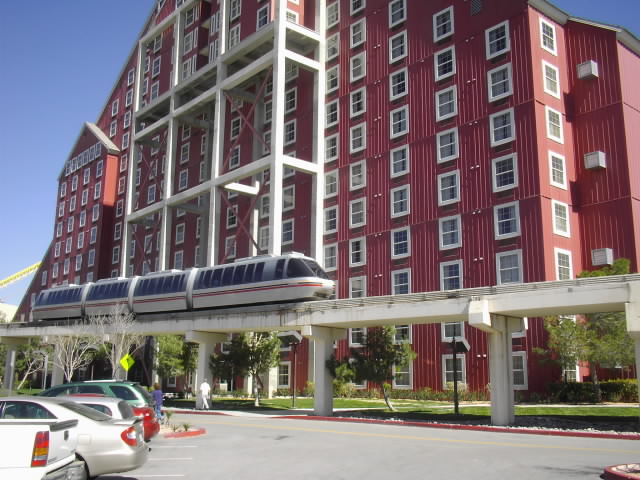