The pandemic has obviously been hard. Or, it’s been hard for some people.  Other people decided to go about their lives as if nothing was going on. Which is why the pandemic was going into its second year and people were still getting sick and dying. When it initially hit that we were heading into a full blown pandemic without a vaccine, I prepared myself mentally to be inactive for about a year, as I figured that would be the earliest that we would have a vaccine and start to get back to normal. But around the beginning of the year with revelations that vaccine commitments to the US were far short of what had been stated by the government at the time, I started to worry that it would be far into the summer, possibly the end of summer before I could even begin to think about travel.

Then vaccinations started to roll out quicker and quicker. Then before I knew it, I was eligible. So I was fortunate enough to schedule a shot on the first day I became eligible, then schedule my second shot a month later. In between, I realized that I would be fully vaccinated by my scheduled vacation in June. And then I realized that I’d be vaccinated by Good Friday, a holiday that we get off at work. So I decided to plan a small trip. My first trip since an overnite at the beach in the summer of 2020. My first trip out of the state since February 2020. My first trip to a theme park since December of 2019. To say I was excited was a bit of an understatement.

I’m going to be completely open and honest. At that point, I knew that recommendations were for people to not start traveling yet. The reasoning behind that recommendation by the CDC was that fully vaccinated people can still carry the virus and transmit it to people that aren’t yet vaccinated. And I’m going to be open about my selfishness here in stating that because I had done what was requested of me, because I had stayed home and given up most of the past year of my life to stay safe and keep others safe. Because I had made the right decisions, I was no longer interested in whether or not other people were being safe. If they hadn’t made the decision at this point to not be reckless with their health, its no longer my responsibility. I was vaccinated and ready to go. Then the CDC, just days before my trip, changed their recommendation for vaccinated people and travel. And travel I did.

There are people that were able to safely travel during the previous year, but because of my health issues, I chose not to, for both myself and others. I had a couple of ideas on where I wanted to go; I decided that I would spend the weekend in Atlanta, one of my favorite cities. I knew I could visit Six Flags. I knew I could get some good food. It’s a place I’m familiar with. So I chose Atlanta. The trip didn’t go exactly as I’d wanted or planned, but I had fun nonetheless. 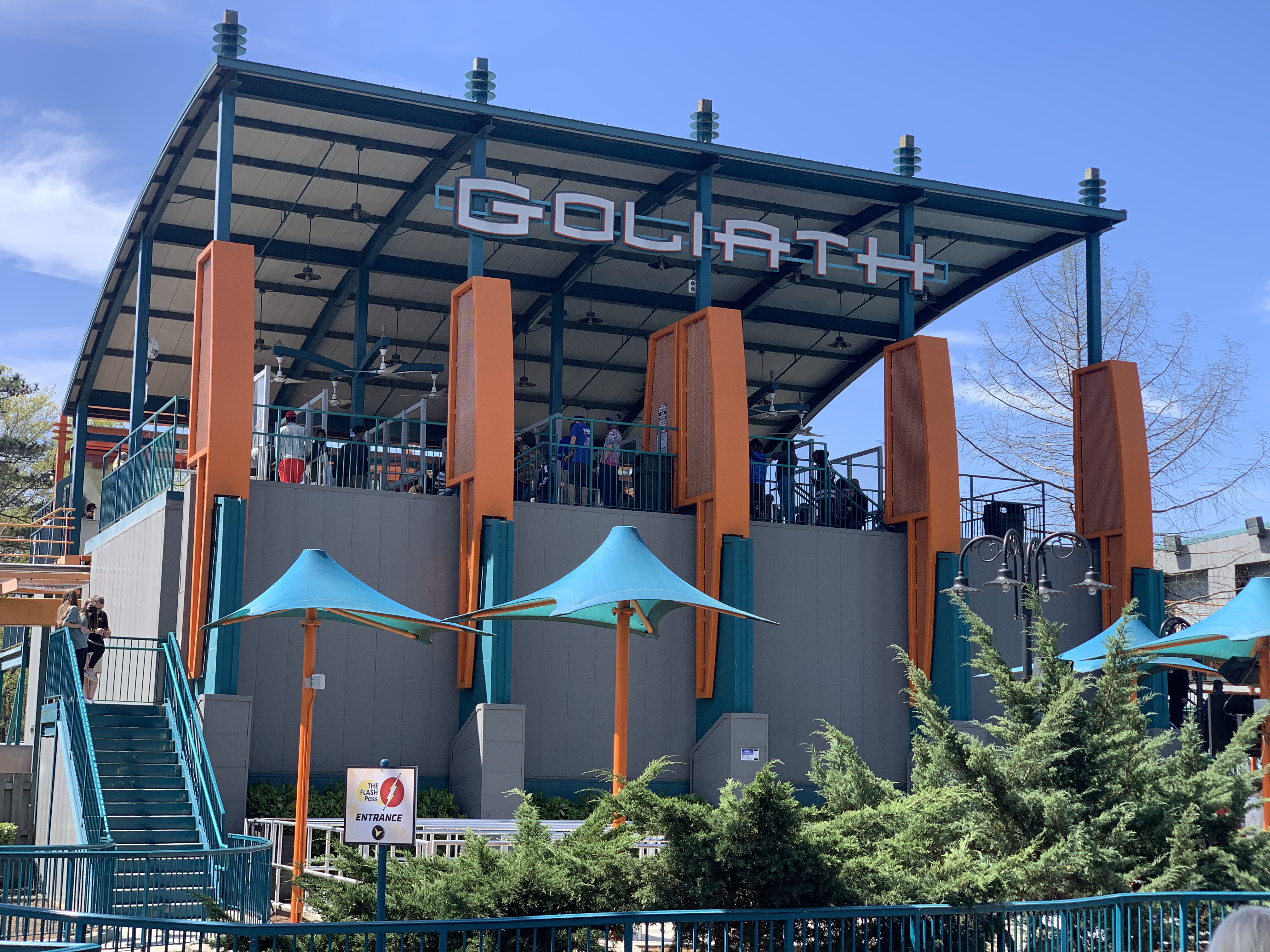 Before going I went online to purchase a membership, make a reservation, and reserve parking. I wish I had left earlier Friday morning that I did, but instead I had some errands to run. Eventually I left around 1 PM and headed south. Unfortunately, I was stuck in traffic in South Carolina for about 90 extra minutes. That pushed my arrival time past 7 PM. I knew trying to get dinner somewhere after that point would mean waiting to get in, so after checking into the hotel I drove to Little Five Points to try and get dinner at The Vortex. Unfortunately it was an hour long wait. The employee at the front door, however, had suggested to the party in front of me a restaurant just a couple of doors down, the L5P Tavern, so I went and found a place to park and walked to the Tavern. I’m glad she gave the recommendation as the food was surprisingly really great.

I hopped around Midtown for the evening, the first time I’ve felt comfortable going out to have a drink in a long time.

I should have woken up around 9 AM on Saturday to head to Six Flags, but instead I woke up around 10 AM and left 30 minutes later. Six Flags was a madhouse to get in. I tried to show the attendant at the preferred parking lot my reservation but he wouldn’t look and motioned me on by, which was annoying. Thankfully I was still early enough to get a spot closer to the front. Had I arrived earlier, I would have been able to get a FlashPass for the day much quicker. I did get in line, but it was moving so slowly that I decided to take my chances, a decision I would eventually regret. So instead I headed over to Goliath.

Goliath is still one of the better B&M hypercoasters ever built, and still one of my favorite rides. I rode near the back row. It was a great first ride in a long time, and my mood was immediately lifted. Goliath still had a great first drop and major airtime. And the last few hops delivered great airtime as well. After my first ride I quickly realized that I didn’t like wearing masks on a coaster. I did it, and will continue to do so as required, but my mask kept wanting to come down. I had ordered a neck gaiter before the trip to wear instead, but the one I ordered, which was an XL, was actually super tight around my nose, so I’m going to have to try another kind going forward. 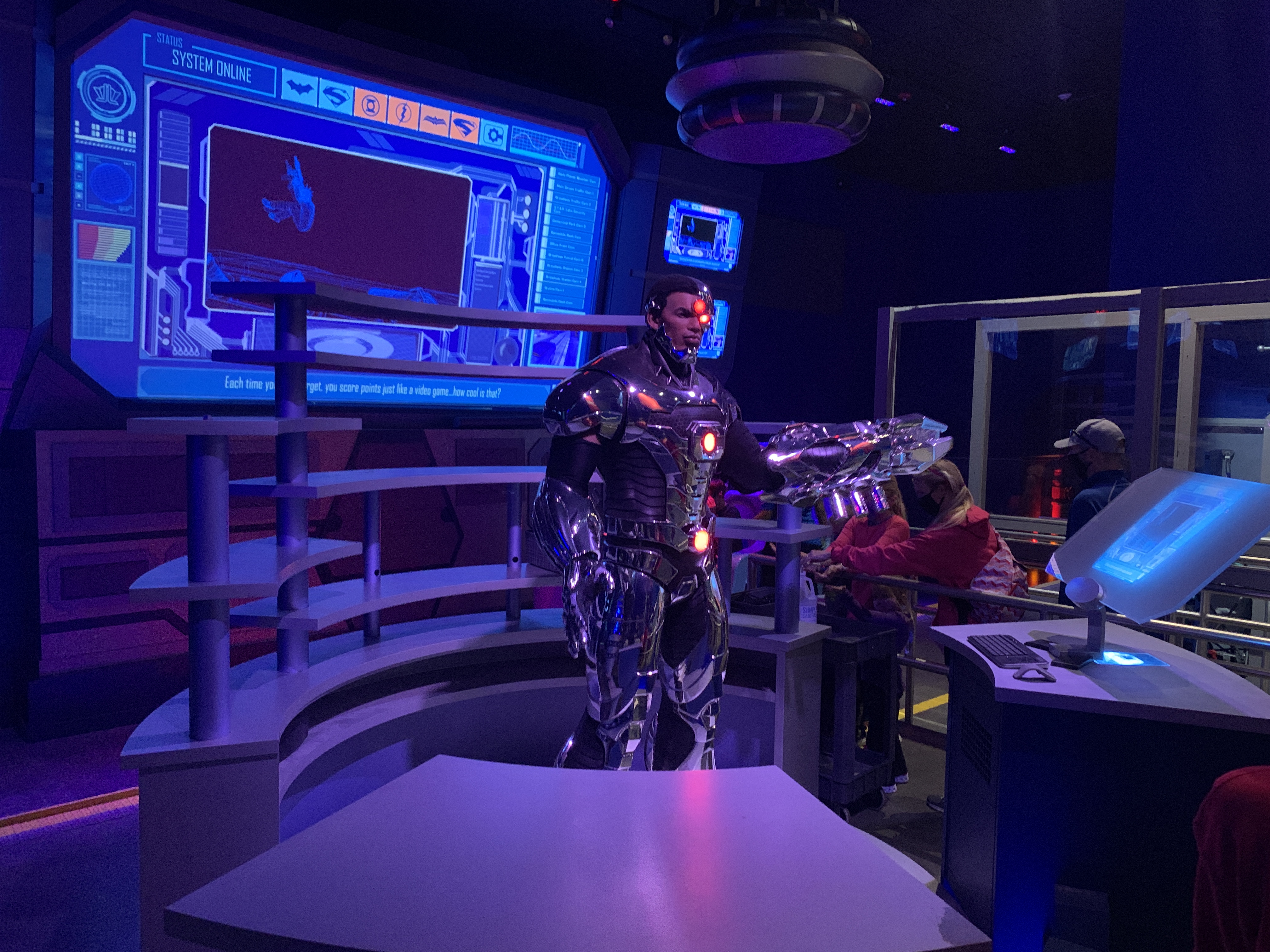 After looking in the shop for some nanocoasters that weren’t there I headed down the hill to the Lickskillet area of the park for food. I don’t mind eating at a park when the discount from my membership is 50% off.

Next I decided that I’d ride the park’s remaining wooden coaster. The Great American Scream Machine has always been a fun coaster, even when it was a little rough around the edges. But since they replaced the 3 bench trains with the old 2 bench trains from the Georgia Cyclone, it has tended to be rougher. And this ride was actually pretty bad. Had it not been so rough, I’d have gotten in the short line to re-ride. Instead I moved on towards Justice League.

The line for Justice League wasn’t very long. Initially I got in the single rider line but they weren’t using it at all to fill in rows so after about 10 minutes I got into the 30 minute standby line instead. I really like Justice League. It’s very well done for a regional theme park dark ride, and all of the effects were working, as were the shooters.

I had wanted to ride the train and should have headed there next, but I wandered around the park for a bit while also wandering by the Flash Pass building, but the line was super long now. It wasn’t too long before I realized that the rest of the day was a bust. All rides were at a 90 minute or more wait. Because of that, as well as the fact that I’ve been to the park many times, I decided to call it a day. So I headed out to my car before heading to an early dinner, once again in Little Five Points, this time at the Vortex. I had their version of poutine, with white gravy, cheese, and sausage. It was pretty good. I ordered a small local beer, but she ended up giving me a large. And large it was. And good. 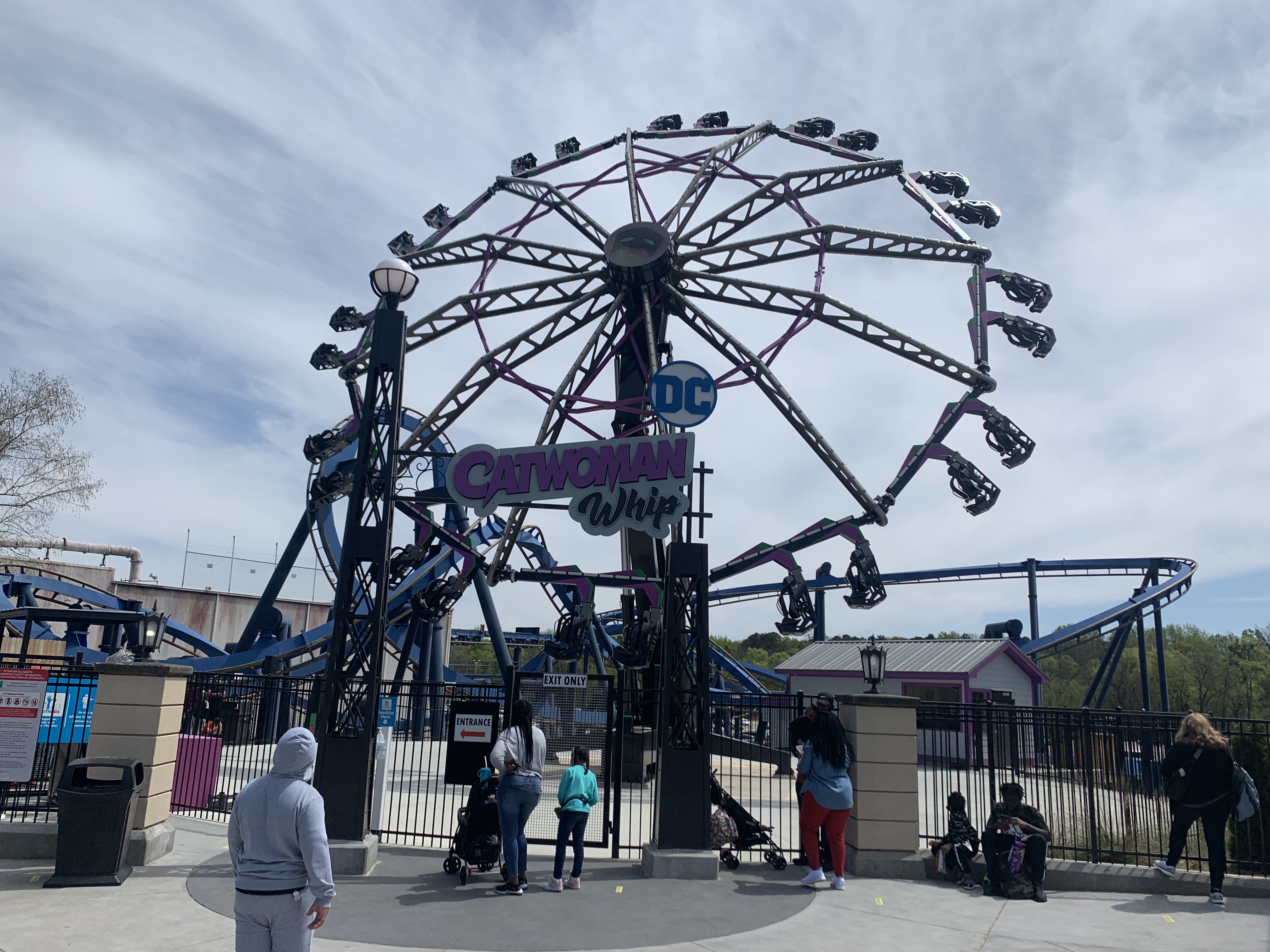 So I headed back to the hotel to lounge a bit. This was when I missed having a room at the Marriott Marquee as they have a heated indoor/outdoor pool that would have been nice on a day like it was.

Eventually I went out again for a couple of drinks and socializing before heading to bed.

I checked out around 11am on Sunday Morning. It was a holiday notorious for brunch, so I ended up just grabbing something fast along the way. I’m glad that I went to Atlanta, and even though there may have been more misses than hits due to crowds and traffic, it really just felt good to get out again and do something fun around people without feeling absolutely terrified. Things are getting back to normal slowly. Now it’s on to the next one.