I’d decided a couple days earlier that since the drive to Toronto was easy and not very long, and since I’d gotten to Niagara early enough to accomplish a lot of what I’d wanted to do on Tuesday, I would go back and finish riding the coasters I’d missed and get some re-rides at Canada’s Wonderland. So on Wednesday morning I woke up fairly early and had breakfast again at Tim Hortons before heading back to Wonderland.

It was around 11:30 when I arrived at Wonderland. As I entered the parking lot, I knew it would be a good day to visit because, even though it was much cooler than Sunday, the parking lot was nearly empty. So I headed in and toyed with riding The Fly first, but instead headed to Leviathan for a front row ride, which ended up being with some local enthusiasts. Leviathan is a solid, fun coaster, but I’m glad we have Fury at Carowinds, because it’s a much better version.

I walked over to The Fly (398) next for my credit. This is the third of the larger Mack Wild Mouse coasters I’ve ridden. I enjoy them, but mice still scare me after all of these years. The top scan wasn’t running, but there were some staff there working on it. I wasn’t upset as we have one at Carowinds, but had this been a few years ago I wouldn’t have been happy to not have ridden as these are fairly rare in the US. So I walked over towards Behemoth and got super excited when I saw that Sledgehammer was up and running! I detoured to the line for it instead. 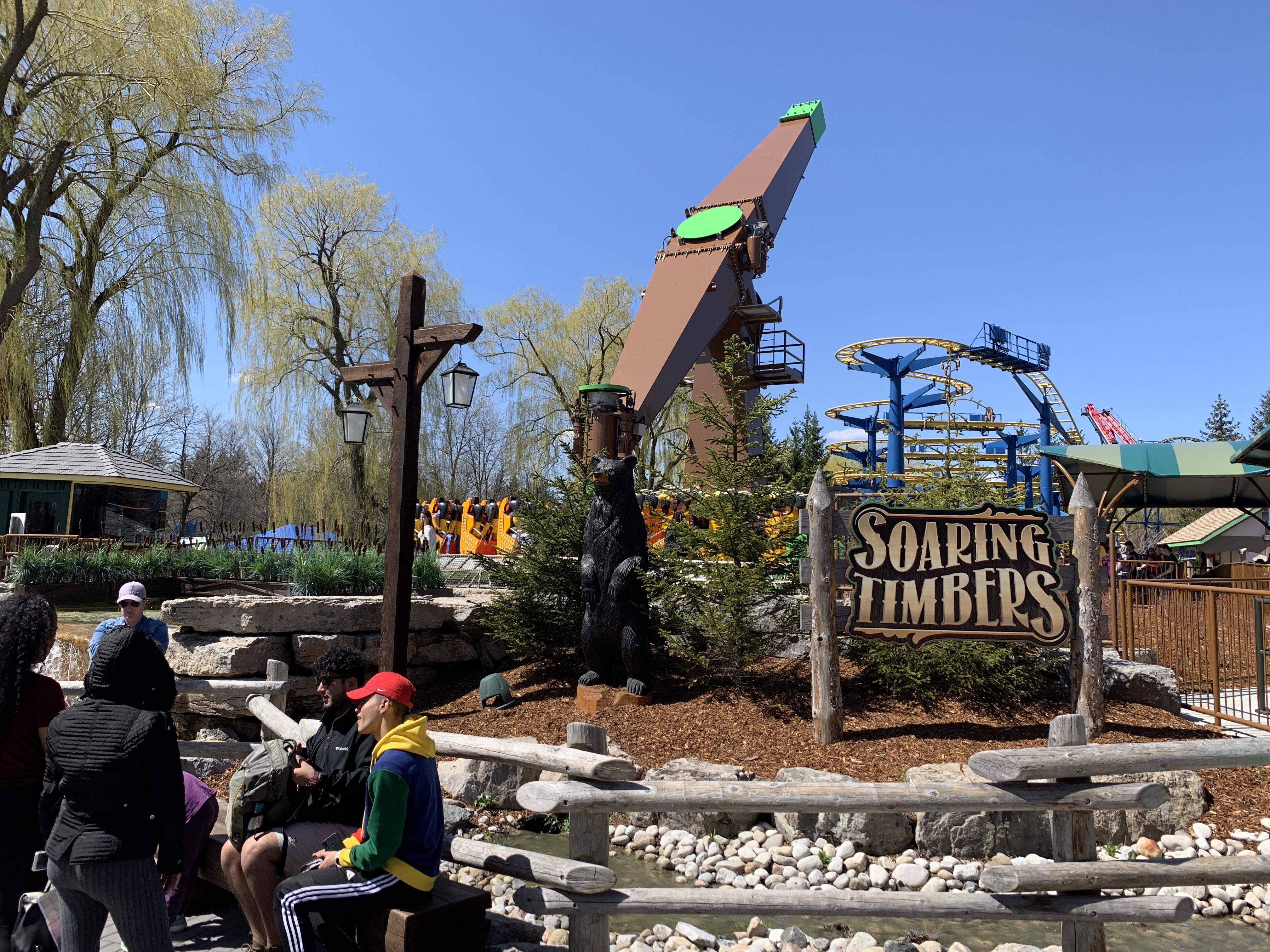 This Huss Jump 2 was the only one I’m aware of that has ever been built. I’ve heard very mixed reviews, but mostly I had heard that it is a fun ride, though more impressive than it looks, and not nearly as scary as it looks. My only problem with Huss rides are the restraints. The OTSRs are weirdly different and part of the upper restraint has a sort of half crescent that digs into my collar bone because of my height. I have no problems fitting, but even when I ride a Giant Frisbee, the restraints aren’t very comfortable until the ride starts and I can shift around. Still, I was excited to ride.

So after that I headed over and got a ride on Behemoth in the back. That ride is really a lot of fun, and on the higher end of the B&M speed coasters for me. Then I went over and took another spin on Yukon Striker, this time with literally no wait, so I walked on to the front row. Another fun ride, and this time the wait was even less than with Fast Lane. So I headed back around and in to the kid’s section of the park to see if I could ride on the Jr. Inverted coaster. There was no one riding so I went over to see if I could fit. I probably could have had them push it down, but it would have been uncomfortable. These are a mixed bag, sometimes I fit, sometimes I don’t. I had no issues with the one at Wild Adventures, which still uses the older style of train like this one does. Not a huge loss, and I’m glad I hit it up when there was no line. 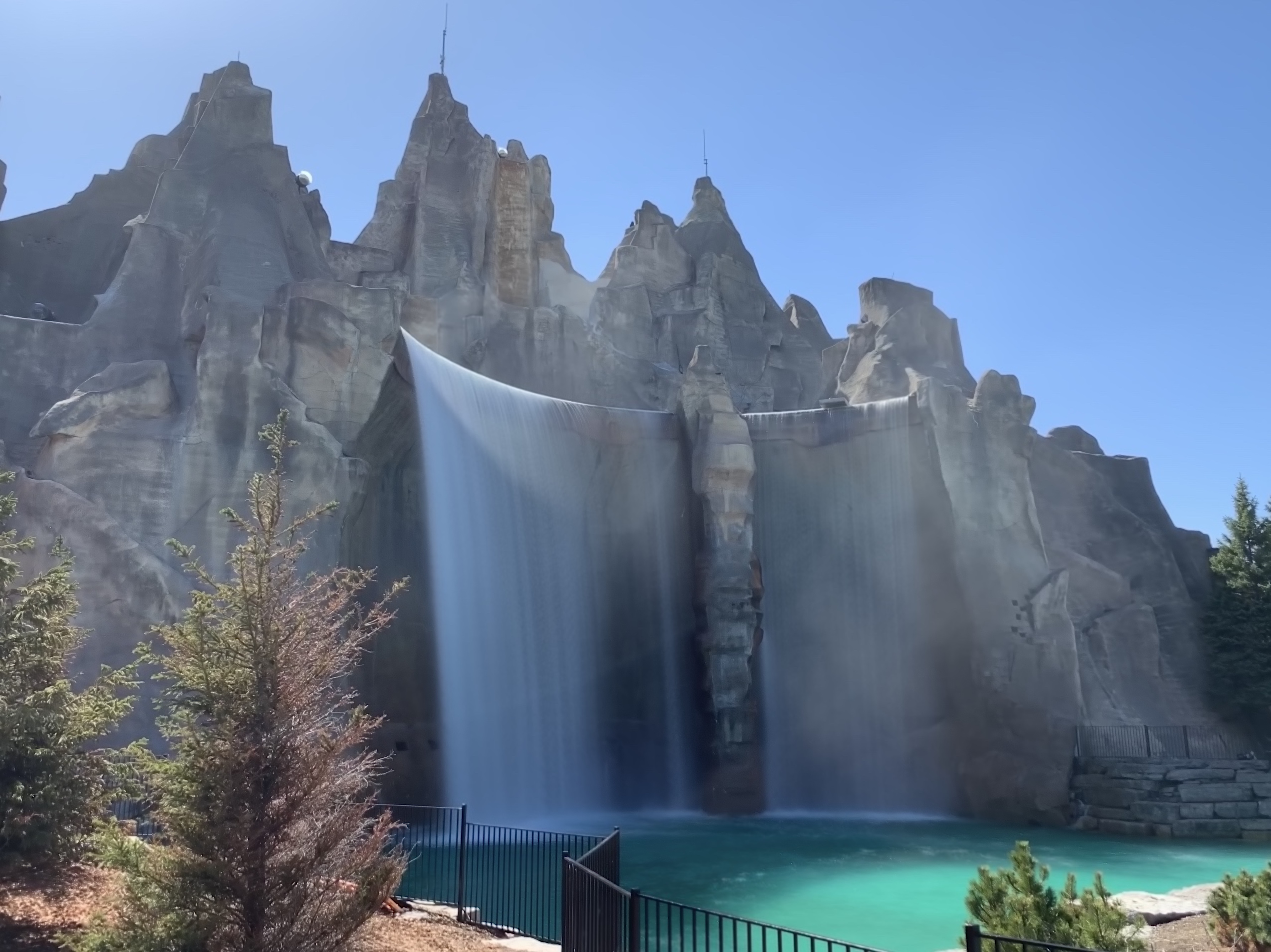 So I did what any other self-respecting coaster enthusiast does and headed over to the Ghoster Coaster (399) Jr. Woody coaster. I have to say, this was the best themed Jr. Wooden coaster I’ve ever seen from any of the former Paramount Parks. It had a cute haunted house in the middle of the queue, which was up on a small hill, and it had tombstones to go with the theme. It was very well done. The ride was fun as well, as I sat in the very front of a train full of adults. And since I was already in the area, I decided to get in line for Boo Blasters. It’s basically the same as all of the rest, but the guns in my car weren’t working and there was no music in the building, with many effects not working.

I toyed with riding Leviathan one final time but instead I decided to head out of the park, grab a bite to eat, and drive back to Niagara Falls. It had turned into a beautiful, if cool, day. I had thought about going to the indoor waterpark at Niagara Falls, but it was later than it would be worth to pay $40 for 2 hours. So I went to the room and organized my stuff for the trip home the next morning and watched some TV. Then I decided to drive around and find dinner. I hadn’t driven through the other half of Niagara, ON, which was less touristy and far less campy than Clifton Hill. In fact, it was fairly nice.

It was rainy and I was getting hungry. Eventually I decided on a BBQ restaurant. Little did I know it was a buffet. It was a Canadian approximation of a BBQ buffet, but the food was actually good, even if it didn’t know whether it wanted to be Texas, southern, southwest, Memphis, or whatever.