Tuesday was going to be my last day in Toronto. I’d planned to go to the distillery district on advice from my server the day before at the brewery, but again it wasn’t a priority to wake up early, so I slept in. By the time I got up I’d decided to pack up, check out, and head on out to Niagara Falls. I have to say that the drive from Niagara to Toronto is much nicer when it’s not foggy, as was the case going up on Saturday. Today, however, it was clear and I could see the lake, which was completely blocked by fog on Saturday morning.

I stopped at the wrong hotel once I arrived in Niagara Falls. I was staying on the Canadian side, and they pointed me in the right direction to my actual hotel. Once I arrived I checked in, noticed that it wasn’t very busy due to the off season, and headed to my room. I scored another good hotel from Hotwire and this time at a much better off season/off peak rate of $31. After getting settled in I headed out to find some dinner. Someone had suggested the Flying Saucer, which I’d passed by on my way to Toronto originally, so I headed there. This was a great suggestion. I had a burger and it was super good.

After lunch I headed towards the falls. I parked in a lot near all of the attractions on Clifton Hill and walked down the street with my camera. Of course, the first set of falls you see are the American & Bridal Veil Falls, which are impressive. Although the day was overcast and gloomy, the falls were easily visible. I walked along the ridge of the gorge on the Canadian side, snapping pictures and enjoying the view as I made my way down to the Horseshoe Falls, which are even more amazing, and are the falls most people associate with Niagara. 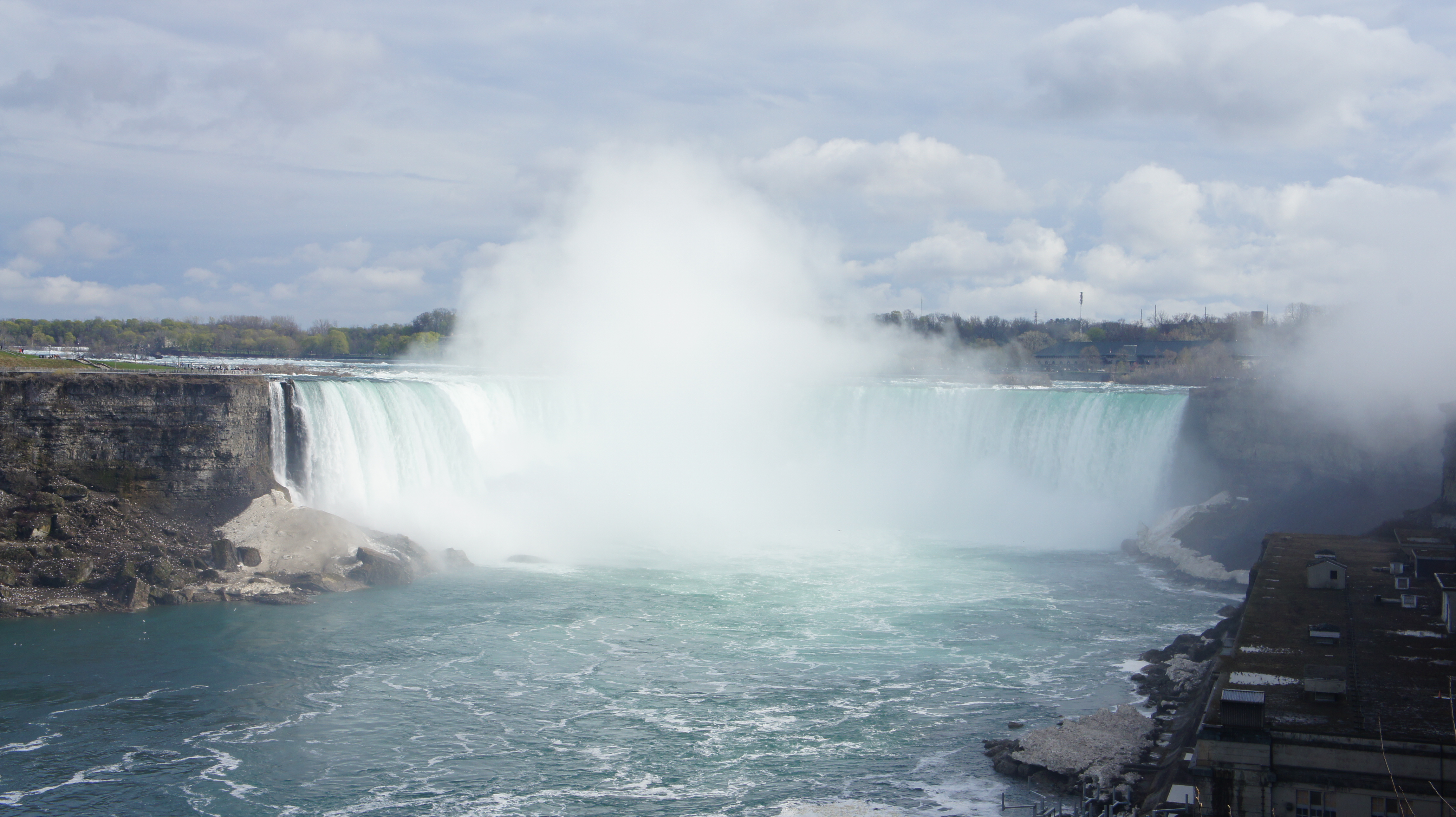 There is a welcome center by the Horseshoe Falls that had tickets to the main Niagara attractions, a gift shop, restaurants, and observation decks. I checked out some prices for some of the attractions and took more photos from the observation decks and hung out for a while, taking in the view. After a while I headed back up to my car and drove back to my hotel to chill for a while.

I was trying to figure out where I wanted to eat dinner, but ended up just kind of skipping dinner before heading back out. I’d wanted to see the lights on Niagara Falls, and it was now after 8:15, which was when they start projecting lights on the falls. So I headed back down and parked near the falls, paying for an hour, which was plenty of time to walk down the ridge of the gorge once again to take photos and see the falls at nite, which were equally spectacular.

Eventually I made my way back to my car and went on the hunt for food, but, since this was the off-season, there weren’t many food places open after 9ish except chain restaurants, so I just went through the drive through at Arby’s and headed back to my hotel for the nite. 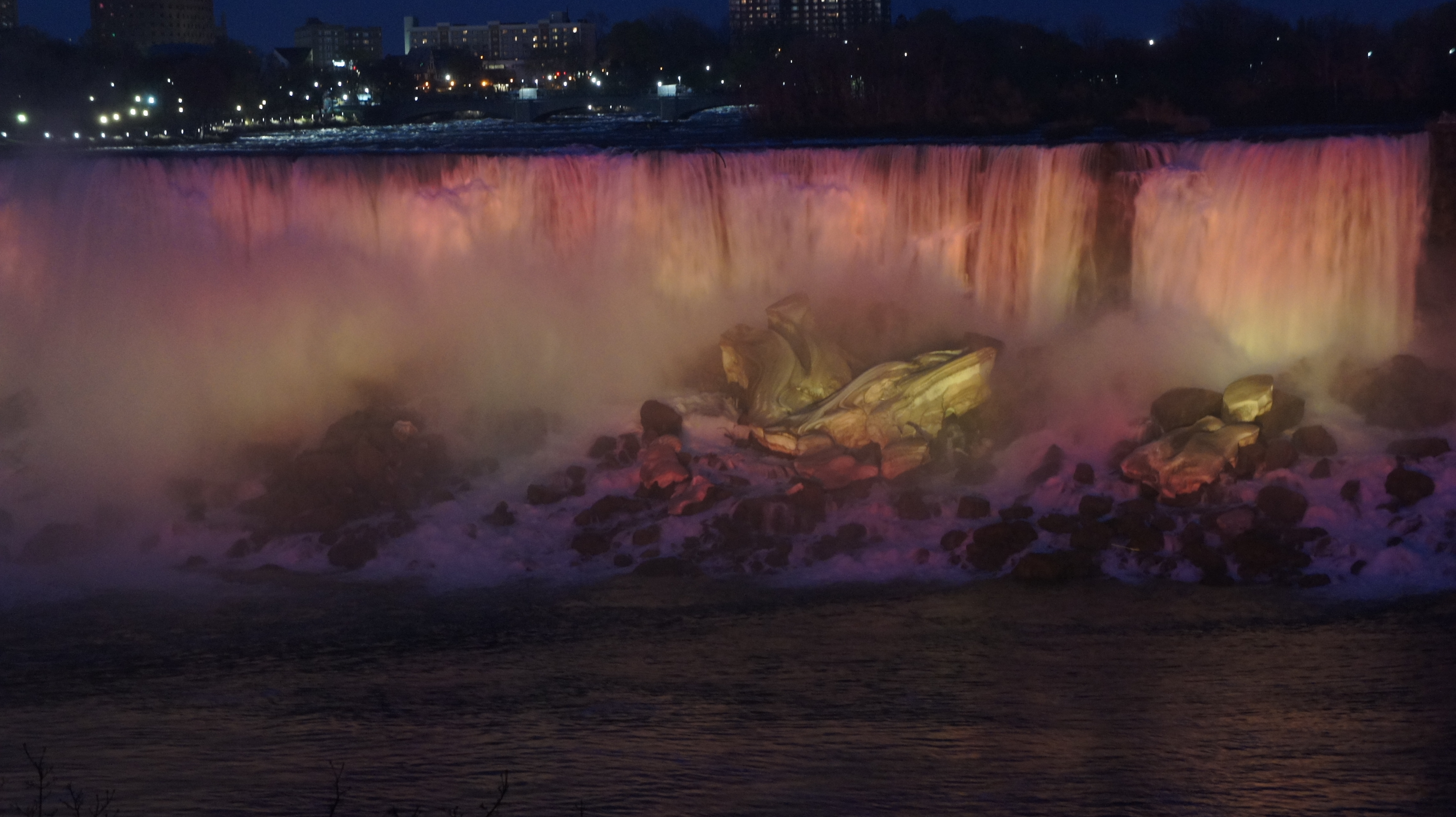