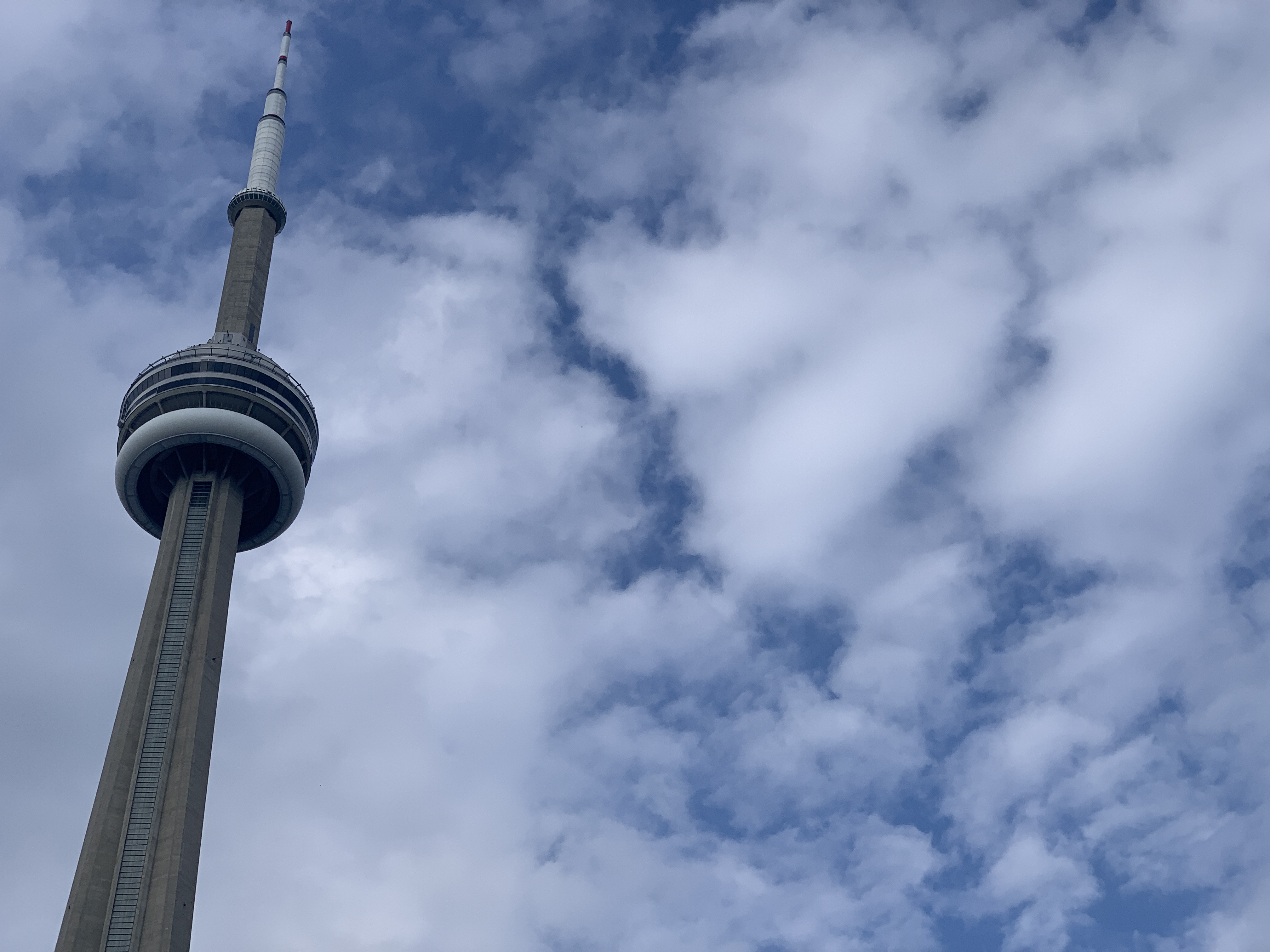 The observation levels on the CN Tower are around the same height as the ones on the Skytree in Tokyo. I made my way around several times, often stopping to see planes take off and land at the nearby airport, snapping plenty of photos, and enjoying the view. One thing I did this time that I’d never done at any other super tall building was pay the extra money to go to the higher observation deck. So after checking out the main enclosed deck for a while I went up even further.

This was different. I could feel the building sway this high up, which took some getting used to. I took several more photos and checked out the displays before making my way back down. Then I headed to the outdoor observation deck. It was windy and cold, so I took one lap around and some pictures before calling it a day and heading back down. I did, however, face my fears and walked across the glass floor. Twice. I even took video. I had to take the video as I refused to look down. Soon enough I headed down the tower and onto the streets of Toronto, but not before stopping in the gift shop to pick up a miniature CN Tower. There is an old train depot/roundhouse beside CN Tower that now serves as a museum/shopping/dining district. I took some pictures and just sat down there for a while.

Then I started walking around exploring Toronto. Apparently there was a Blue Jays game that evening as people were lining up to be let in. I toyed with getting a ticket, but decided against it. Soon enough I was hungry and it was dinner time. I made my way down to the harbor and found Amsterdam Brewery for dinner, where I finally had some local Canadian beer and poutine, and it was good. As it was starting to get late the sun was hanging low. I walked along the waterfront for quite a while, eventually heading back to the parking deck where my car was. I decided to take it easy for the evening and turn in early. 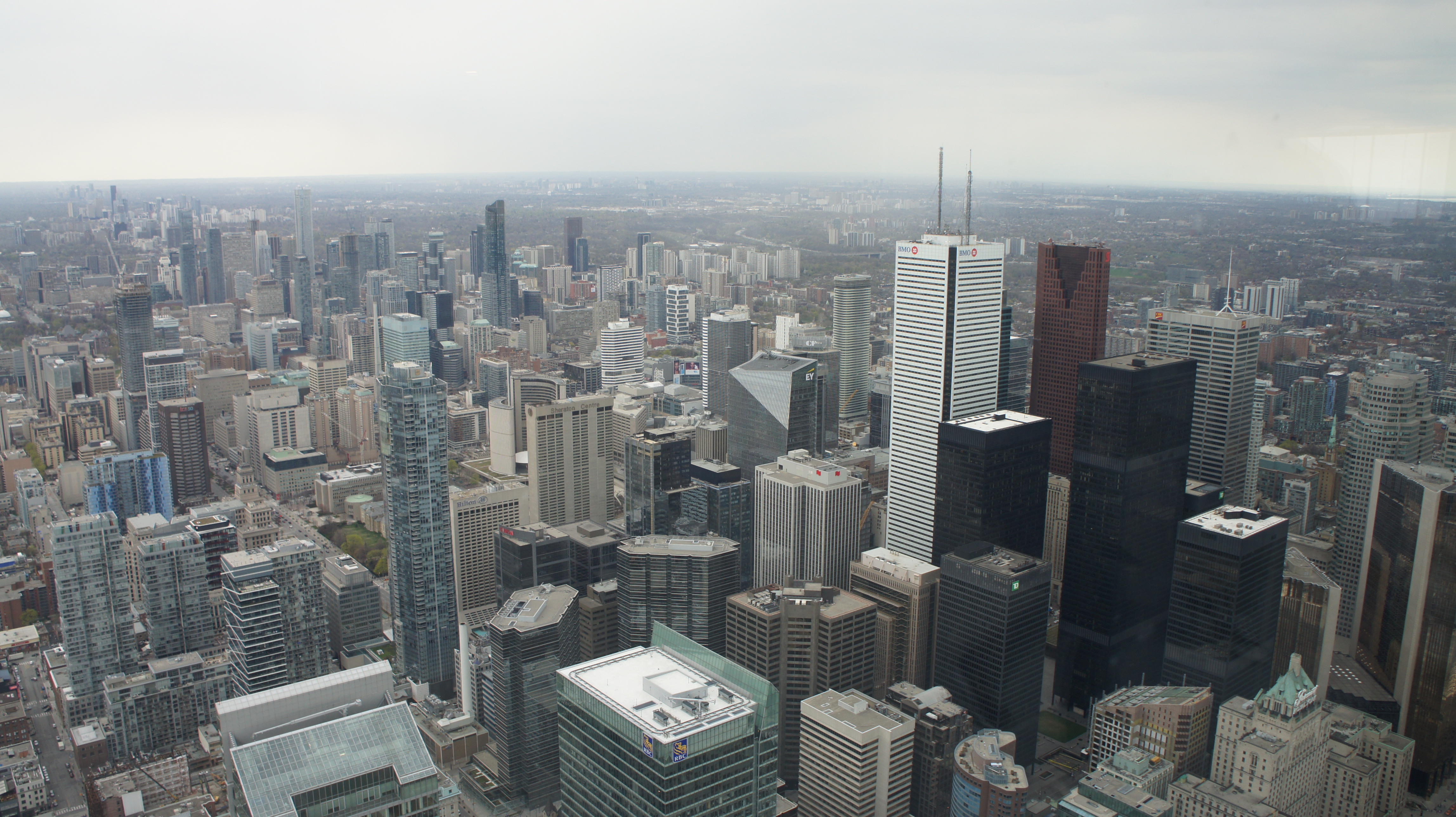