Saturday morning came as early as ever as we got everything together and headed downstairs to check out and buy a gift for my mom, then walk to the station one last time to take our last couple of trains to Narita airport, about 90 minutes away. The morning actually flew by. We got to the airport, dropped our luggage off at the baggage check, checked in for our flight, grabbed some snacks, had a chair massage, and made it to our gate with plenty of time. We even did some last minute shopping at the store across from the gate.

Eventually it was time to board. This time we would be heading straight in to night instead of chasing daylight. The flight back wasn’t so bad either. It was slightly shorter, though our crew wasn’t nearly as good. I slept a little during the first three hours. This time Isaac and I were sharing a row of only 2 seats, so I was able to not wear the shoes I’d brought which were too tight in the toe section, to give my toes a nice rest and the ability to stretch out. I did watch a movie and type up several large sections of this report on the flight back.

We landed in Dallas around 7-8 AM Texas Time. We got our luggage and went though customs first, which didn’t take long as we were one of the first international flights that morning. Our first order of business after getting through security and re-checking our luggage was to get an American sized burger at TGIFridays. The burger was good, though the kitchen was slow. Our 2 hour flight back to CLT was noisy and annoying. The woman beside me needed 2 seats, but only had one, and decided to put her small son by the window as she sat in the middle beside me, taking up a large portion of my space. Yay. 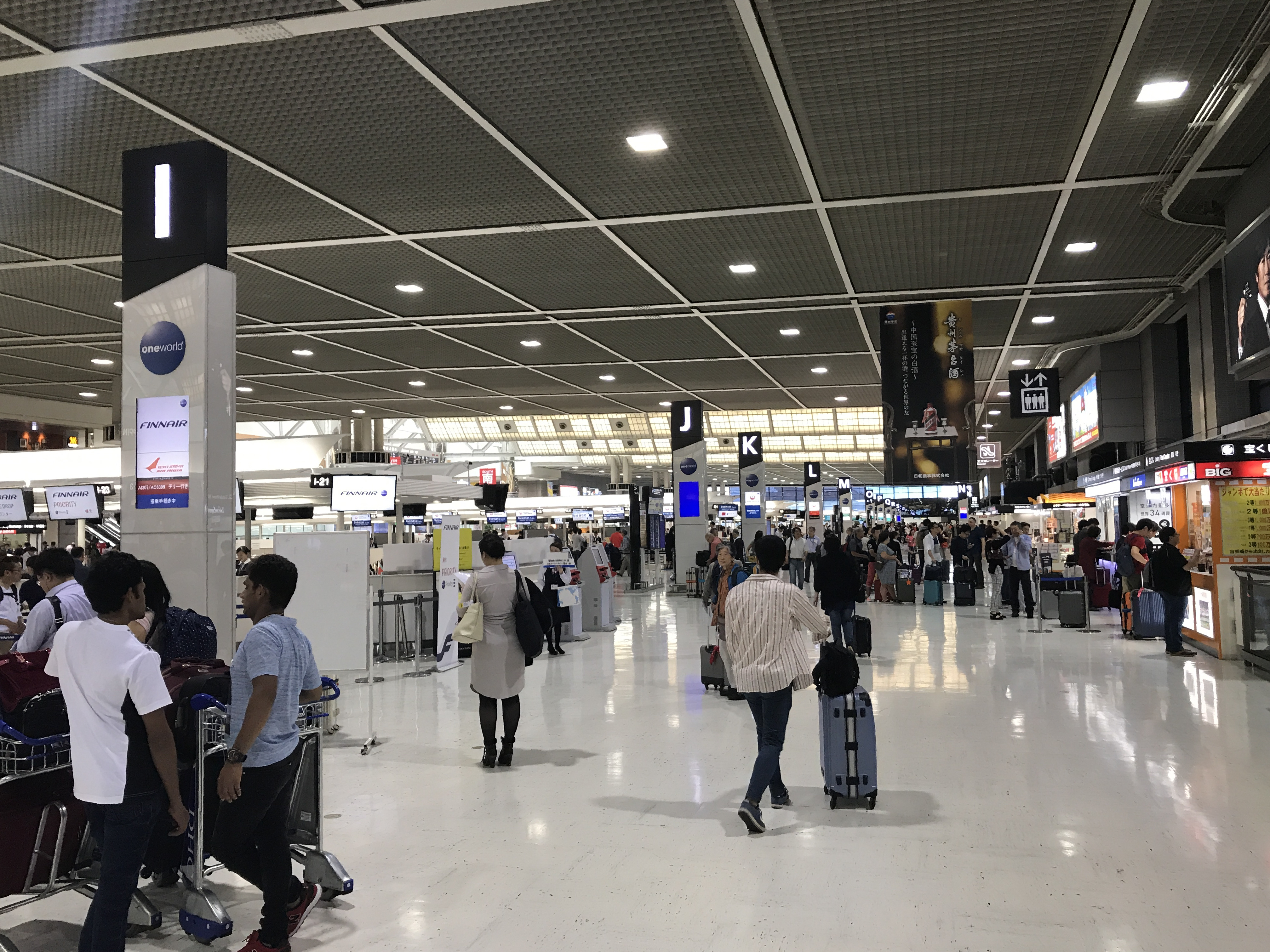 I think everyone on the plane got up to go to the bathroom at least twice. And the crew seemed to have done 5 drink services on a 2 hour flight. Jeez. All I wanted to do was rest, but there was no rest for the weary on this flight. We landed in Charlotte just before 4 PM, got our luggage, got to the car, and headed home, where I crashed after about an hour for a good 15 hours of sleep.

So was it worth it? Absolutely. Though I would not miss schlepping my luggage thru the various transit stations (something I’ll know how to better handle on my nest visit), Japan was wonderful, weird, beautiful, strange, and everything I thought it would be for the many years it took to plan the trip. I will definitely go back, especially now that I’d learned so much about how to make the trip more comfortable and successful and cheaper and easier. The culture is fairly welcoming and if you make small efforts to speak and understand the language, it seemed to make their day, and people were much more eager to be helpful.

There were some amazing parks, the astounding beauty of Mt. Fuji, and great architecture with an atmosphere that can compete with the US’s best cities (and I’m not talking about NYC).  Each city we visited seemed to have its own feel and flavor. It was a great trip, and I’m thankful I was able to finally make it happen. I can’t wait to go back and explore some more sooner rather than later.