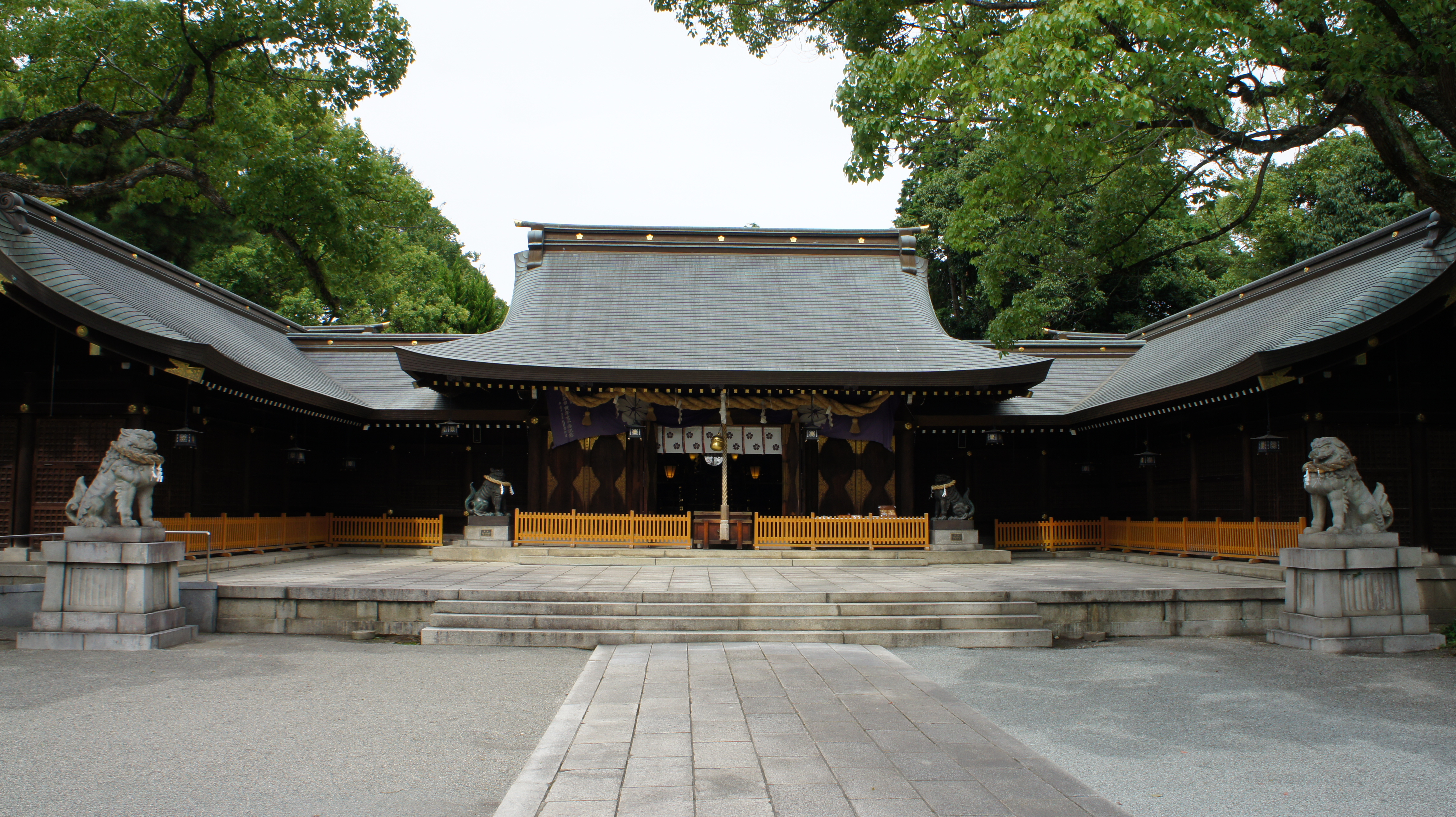 We then went to lunch at Takata-no-baba, a restaurant in a gift shop and had another amazing Japanese meal. All of the food is really great in Japan. I had a pork dish with a mayo based sauce, sausage, tofu, potato salad, sticky rice, some fermented stuff, and a bowl of noodles. Oh, and hot sake. It was delicious. For dessert I had the aforementioned matcha ice cream at an ice cream stand by the restaurant as we walked thru some shops. At this point it was nearing 2 PM so we headed over to the castle grounds entrance.

You enter a large courtyard area upon entering the outer gates, with a large field of grass and plenty of people taking photos of the castle up on the hill. We found our way up and paid our entrance fee of 1500 yen and headed in. First, you can explore the outside grounds, which were winding up the hill towards the castle and gave many wonderful views of not only the castle, but the city it overlooked. But one amazing thing about Himeji Castle was the ability to go inside and explore. You have to take your shoes off, which was fine with me as I packed terrible walking shoes, it turned out, and walk around on the hardwood floors of the original castle. All 7 stories. It was amazing. This castle had been around for hundreds of years longer than any buildings in the US, as it was built in the 1300s. So we went up and walked around every floor of the castle, which was mostly empty, save for some signage telling you about features of the castle. There were a lot of people there, but we had plenty of time to check out each floor on the castle. At the top there was a shrine that many people were praying to as they passed. We even took some time to relax at one point before heading down. There were a couple of exhibits towards the end with a few models and some of the roof’s end caps that had broken over the years, giving you a closer look of the intricate carving work.

After leaving the castle we headed over to another area where you can again take your shoes off and explore the west wall and old storage areas. The whole complex was just outstanding, and photos don’t do it justice, though I took plenty to help me remember. We finished exploring just around 4 PM, which was when the complex closed, so we grabbed a drink in the gift shop, I bought a small castle miniature, and we headed back across the street to the shopping area. I had some sesame seed ice cream and then we headed back to the station and back to Kyoto. I had booked us at one night at Ryokan Yamazaki, a traditional Japanese Inn back in Kyoto for the evening, and we needed to head back to Kyoto check in.

Once we arrived in Osaka we got our luggage and made our way to Kyoto. I way overpacked, which I had already figured out before today. Unfortunately the Ryokan was quite off the beaten path, a good thing when you’re looking for a place to relax, but not fun when taxis in the country are notoriously expensive and your ryokan is not near public transit stations and you have to walk to it from the nearest station. But walk we did, and upon our arrival we found a charming traditional Japanese Inn. It was very quaint. I actually slept on the futon mat very well. The room was in a building with several areas to just hang out. Our room opened into a hallway that lead to the bathroom, or our main room on the right. There were 2 sleeping futons the tatami mats. I was ready to shower and go to bed.