We woke up early (thanks, jet lag) and looked at the forecast. The original plan was to head south to Space World in Fukuoka Prefecture since it was closing at the end of the year and this would be my only shot at a park I’d been wanting to get to for a long time. Unfortunately, the weather outlook was terrible. There are already horror stories on the net about the park closing rides early, only sending 1 train out every 15 minutes, and a barely running, barely functioning park, so we decided not to risk it in the rain especially since the following day was forecast to be much nicer. This meant switching our free day to Monday and hanging out in Kyoto instead.

Isaac & I headed down for breakfast at the hotel. The hotel buffet was pretty amazing. I had a cheese breakfast thing, salad (common for breakfast in Japan), and some other good stuff. Once we were finished with breakfast we headed to the closest thing on the list of things to do, Kyoto’s Imperial Palace complex.

With our Railpass and Pasmo, it was a quick commute after walking to the station. On our walk to the transit station, though we were in raincoats, we decided to be more like the locals (especially since it wasn’t very cool weather-wise), and get umbrellas at a Family Mart, a chain of convenience stores in Japan. I made our cashier so happy when I thanked her in Japanese. It made her day, and mine too. 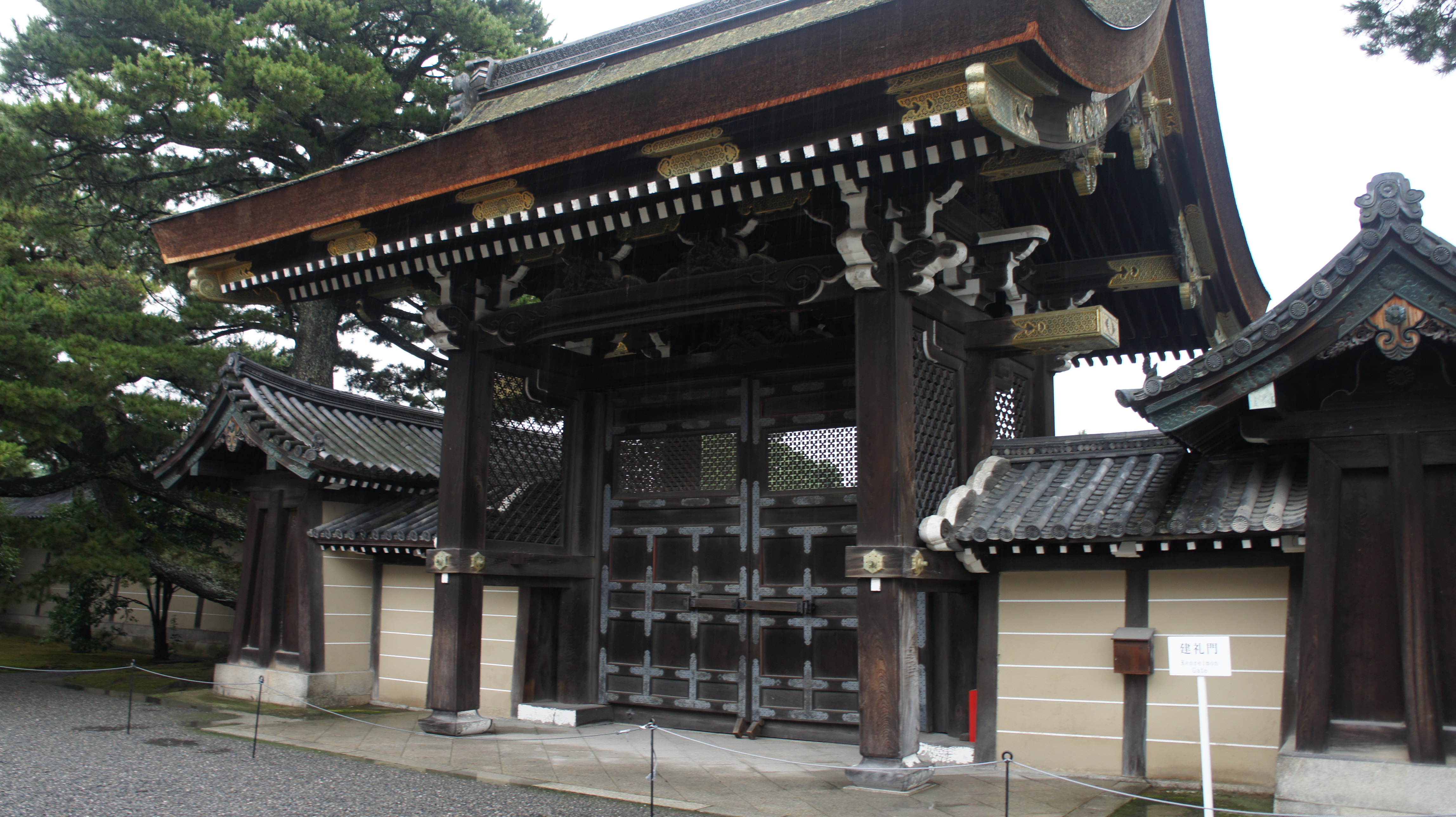 Kyoto was the seat of Japan’s government for a mellinia, and the Emperor & Crown Prince still stay in Kyoto at times. We took some transit and walked over to the complex, not knowing what to expect. Entry to the Imperial Palace is free. We walked in and found the visitor’s center with free lockers in the Palace complex. There were a few false starts (Once we got about ¼ of the way thru) where we headed back to the locker for various things we’d forgotten.  Once I thought I left my phone, only to not find it back there, thinking it had been swiped (and most likely turned in to lost and found, as Japan has very little petty crime, and most people turn phones & the like in) before I remember I’d put it in my ‘hidden’ travel belt. That I was wearing. Oh well.

So we went on our self-guided tour of the Imperial Palace. It was amazing. This is where actual Emperors ruled for centuries!  It poured rain, but that didn’t stop us. In fact, it helped that there were fewer people visiting. This tour wouldn’t have been possible before 2015 as the complex was only open 2 times per year. 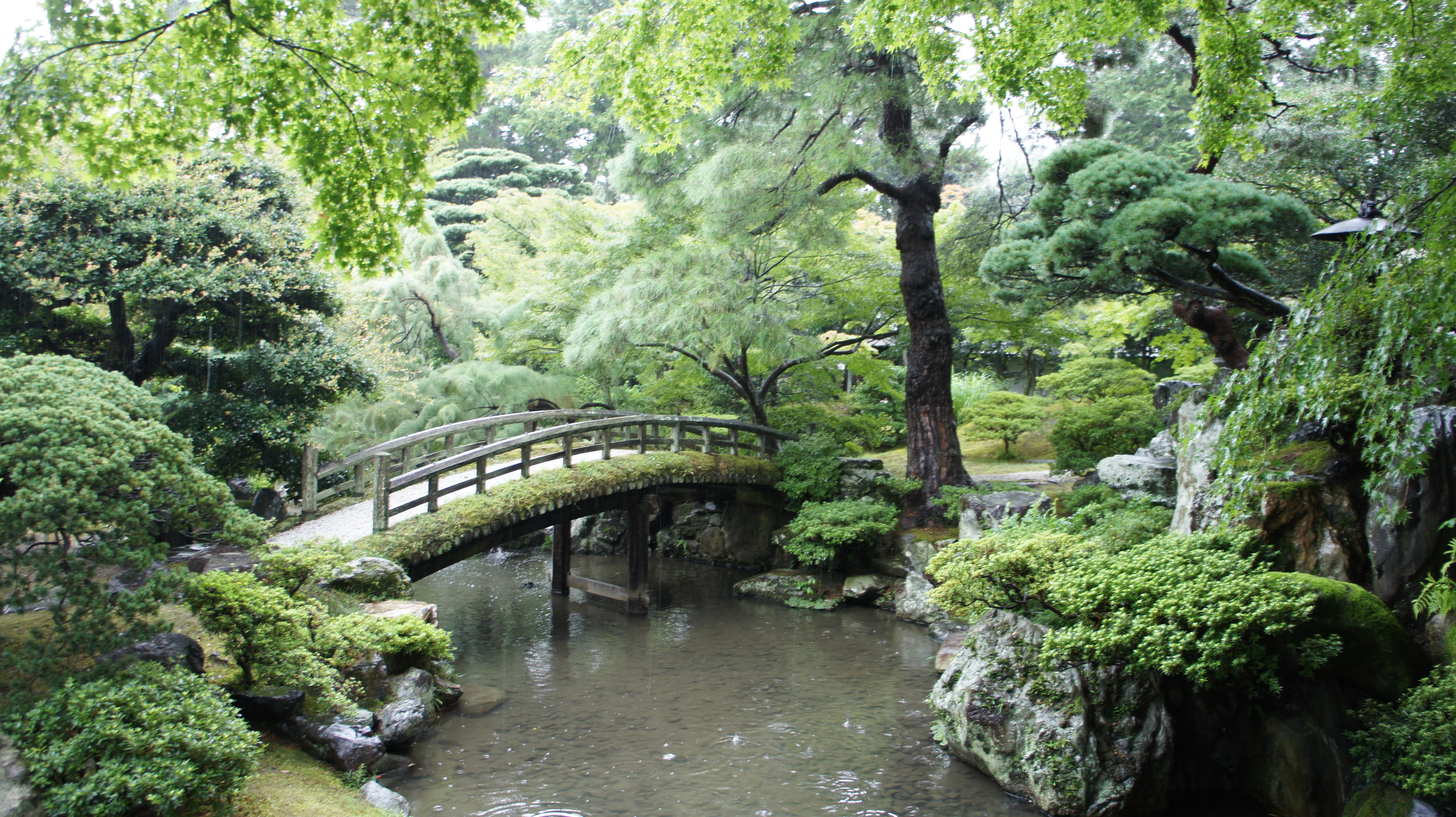 As the rain calmed down a bit, we headed over to the Sento Imperial Palace in the complex to tour the gardens. This is a timed ticket that you must apply for in order to enter. No one under 18, 1 hour guided tour. This is limited because this is the area the current Emperor and Crown Prince stay at during their time in Kyoto. So we applied for and received our tickets for about an hour later.  They suggested that we tour the Kyoto State House, where visiting dignitaries from other countries stay when in Kyoto, so we did.

The Kyoto Imperial State House is actually new, built in the 2000s, and was built as a testament to new Japanese building techniques, design, and architecture that is influenced by tradition. It was 1500 yen to go in, and because it is actually an in-use State House, there were security and procedure to follow.  You enter into the basement complex where you store everything and buy your ticket, then you’re given a tour (thankfully in English, and our tour guide was excellent). Then you head to the courtyard, where you remove your shoes and are given slippers.

You’re not allowed to touch the carpet, walls, or much of anything in the State House because, again, it is a working State House for dignitaries. They’ve held G8 summits here, and hosted a dignitary just a couple of weeks prior to our visit.  The work they must put in to putting down the runners and taking up the furniture in the areas open to us must be amazing to see for preparing for guests. The State House was absolutely beautiful, as was the garden and pond in the middle. 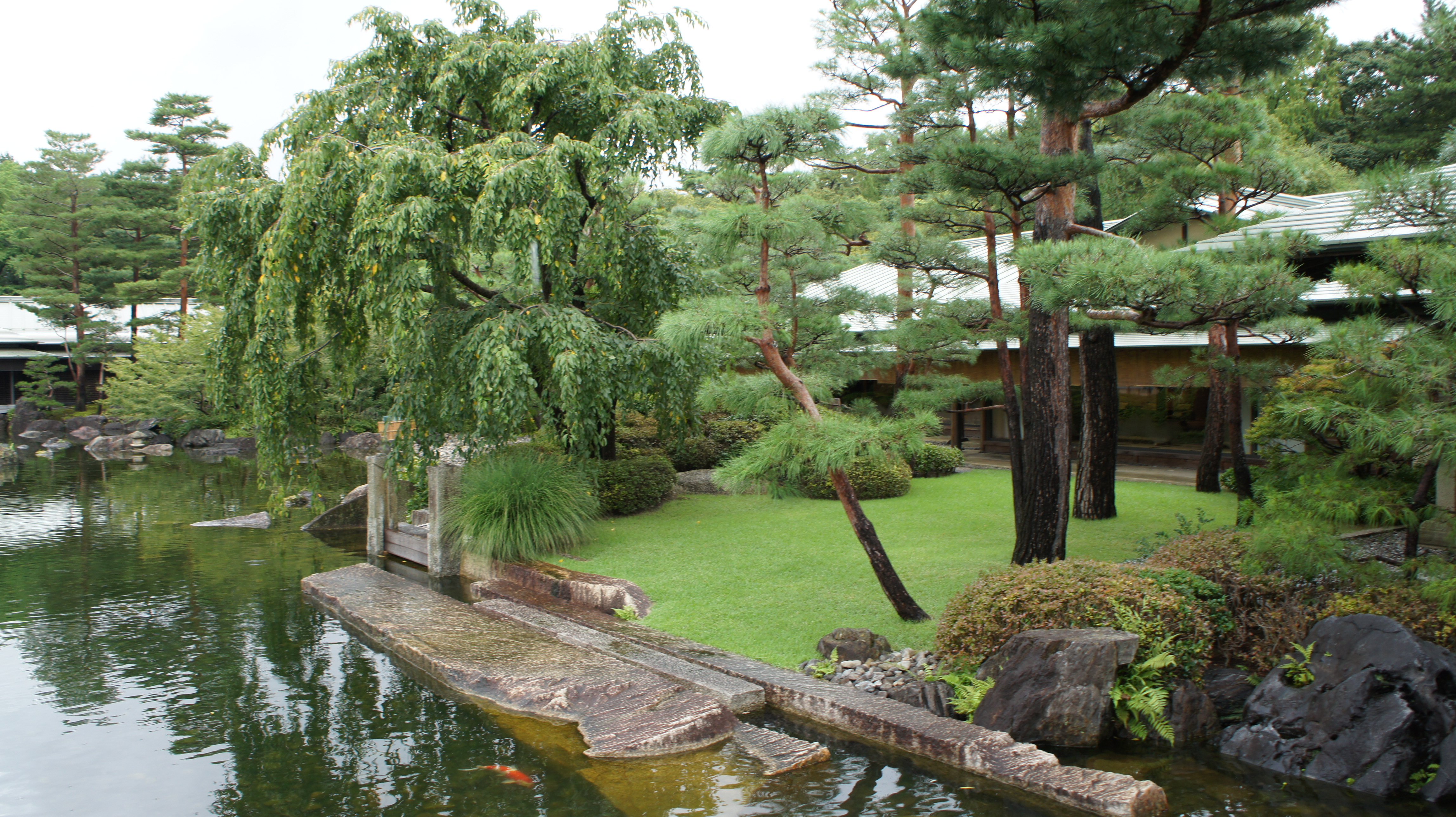 As we finished that, we hurriedly walked over for our tour of the Imperial Gardens. By this time my feet hurt, but another hour of walking was worth it.  The Imperial Gardens were absolutely Beautiful.There are small rolling hills, 2 large ponds, bridges, and much more to be seen on the tour, with photos and words not doing it justice. The tour takes you all around the Sento Palace and thru the gardens. There are separate Tea houses, and so much beautiful nature to see there. The tour was about an hour. Although the tour is in Japanese, we were given small digital audio players that explain the different points of interest in English, which helped to understand what we were seeing.

It was later in the day with the rain moving out so we decided to walk down to a nearby castle in Kyoto, but first, we needed to eat. Unfortunately, all of the little restaurants we found were closing after lunch and would reopen for dinner several hours later.  We walked down the street and looked in some shops, including a really neat guitar shop, an organic food shop, and some others. 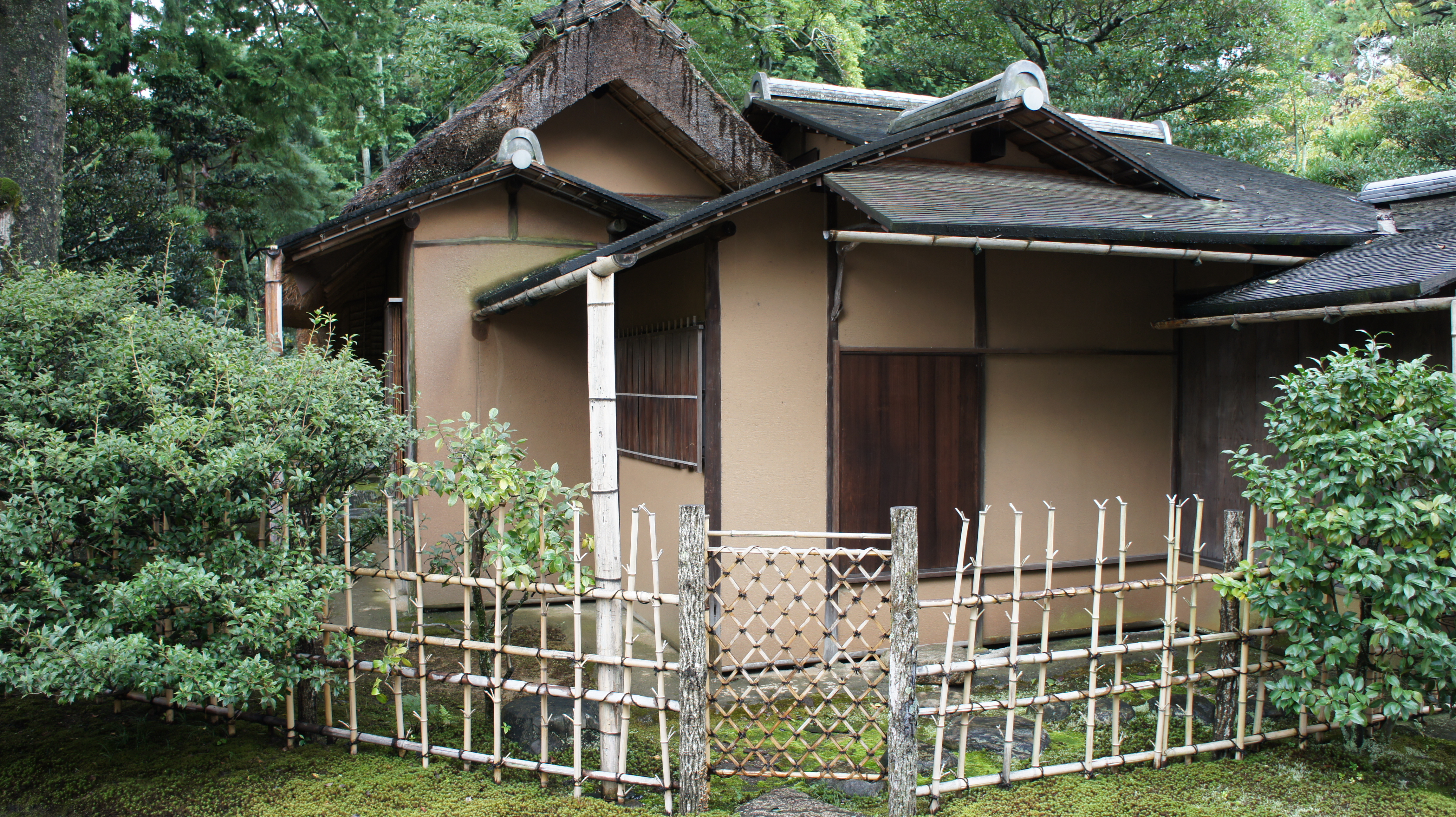 While I did enjoy walking the streets of Kyoto and looking in the shops, we were both hungry. Unfortunately, many restaurants were closed after lunch, including a noodle shop we tried to hit up. Eventually, we found a great little modern Japanese restaurant called Katsudon Gen that was open and serving food where we had fried pork dishes. Sadly, we got to Nijo Castle as they were selling their last 2 tickets of the day (It closed at 4 pm and it was 1 minute after, grrr…). Oh well. We made our way back to the hotel where we ended up calling it a night after a full first day in Kyoto. It was only about 8 pm, but because of jet lag we were tired!