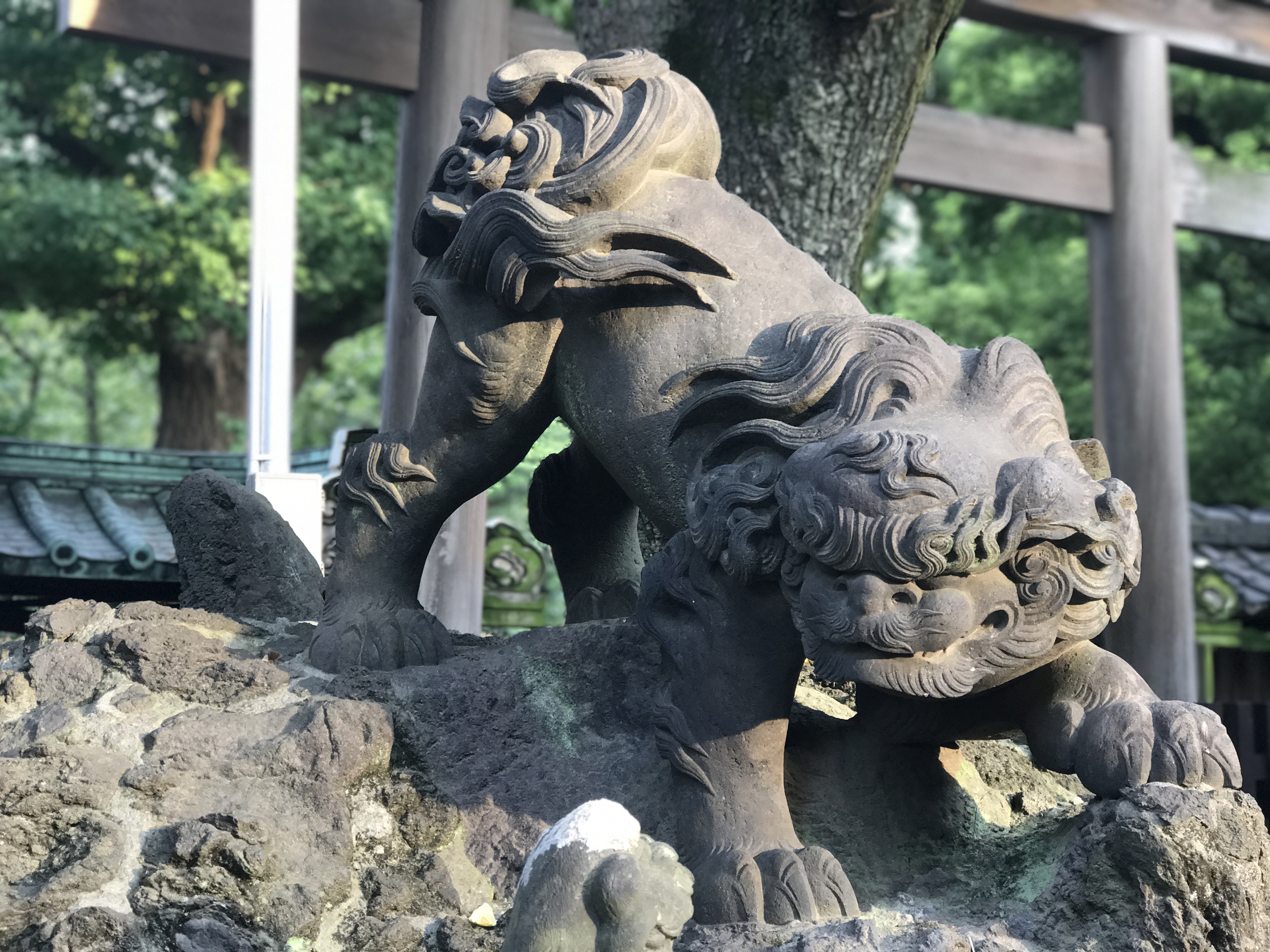 This is a hugely popular tourist destination, with loads of history, as the temple was once known as the Shogun Temple.  However, this early in the morning, we nearly had the entire complex to our self.  We took our time exploring, then as we made our way around, I recognized the unmistakable sight of an S&S drop tower fairly close.  Isaac wasn’t convinced at first, but I wanted to walk over towards it.  It was so quiet and very empty on the streets of Asakusa.  After arriving, we found out we were at Japan’s oldest amusement park, Hanayashiki Park.  It looked very interesting, but of course, it was too early and not yet opened, so we walked around the outside.

At this point we wanted food, so we wandered and explored some more heading back through the temple area with lots of shopping that hadn’t opened yet, then checking out a Starbucks and McDonalds near the train station, before finally settling on another 7/11 (don’t judge, the food was good), and walking back to our Hotel to pack up and head out.  We may have eating while walking, which is considered a faux pas, but hopefully the locals forgave us as we were unaware at the time. Then we walked back across the river to our hotel. 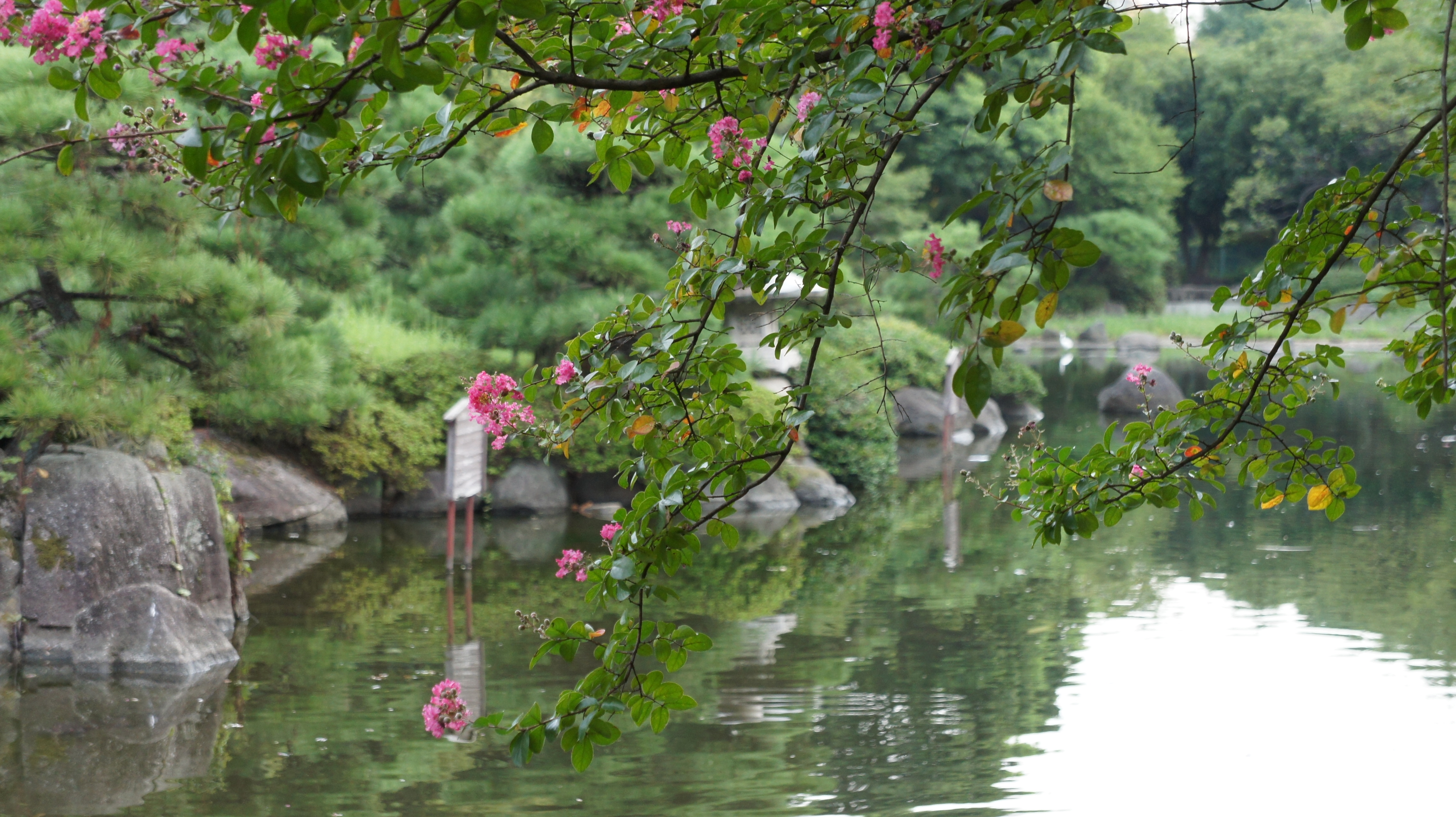 Once back at the hotel I showered again (It’s really humid that time of year) and then we walked down a few blocks to try and find a drug store for Isaac to pick up some supplies, with no luck.  We walked back to the hotel to grab our stuff and check out. I had re-packed and reorganized for the rest of the trip, so it was a quick in and out to go along with a quick check out at the hotel.  I’d recommend Hotel MyStays (It’s a national chain) if you’re on a budget trip to Japan. I’d have used them more on this trip, actually. Once we were on our way with our luggage we headed to Asakusa Station to find a locker rental. That took a bit of time, but we finally found one and locked our stuff up, then headed back over towards the temple area.

At this point it was packed with tourists from all over Japan and the world. The shops were open and busy. We literally had the whole complex to ourselves earlier in the morning. It was neat seeing it both empty and busy, especially with many Japanese people now out and about, often wearing traditional garb, which I loved. We checked out a few of the shops on our way. Then we found another shopping area that we would return to later in the trip for gifts. I checked out a toy shoppe and we looked at kimono shops and fan shops. 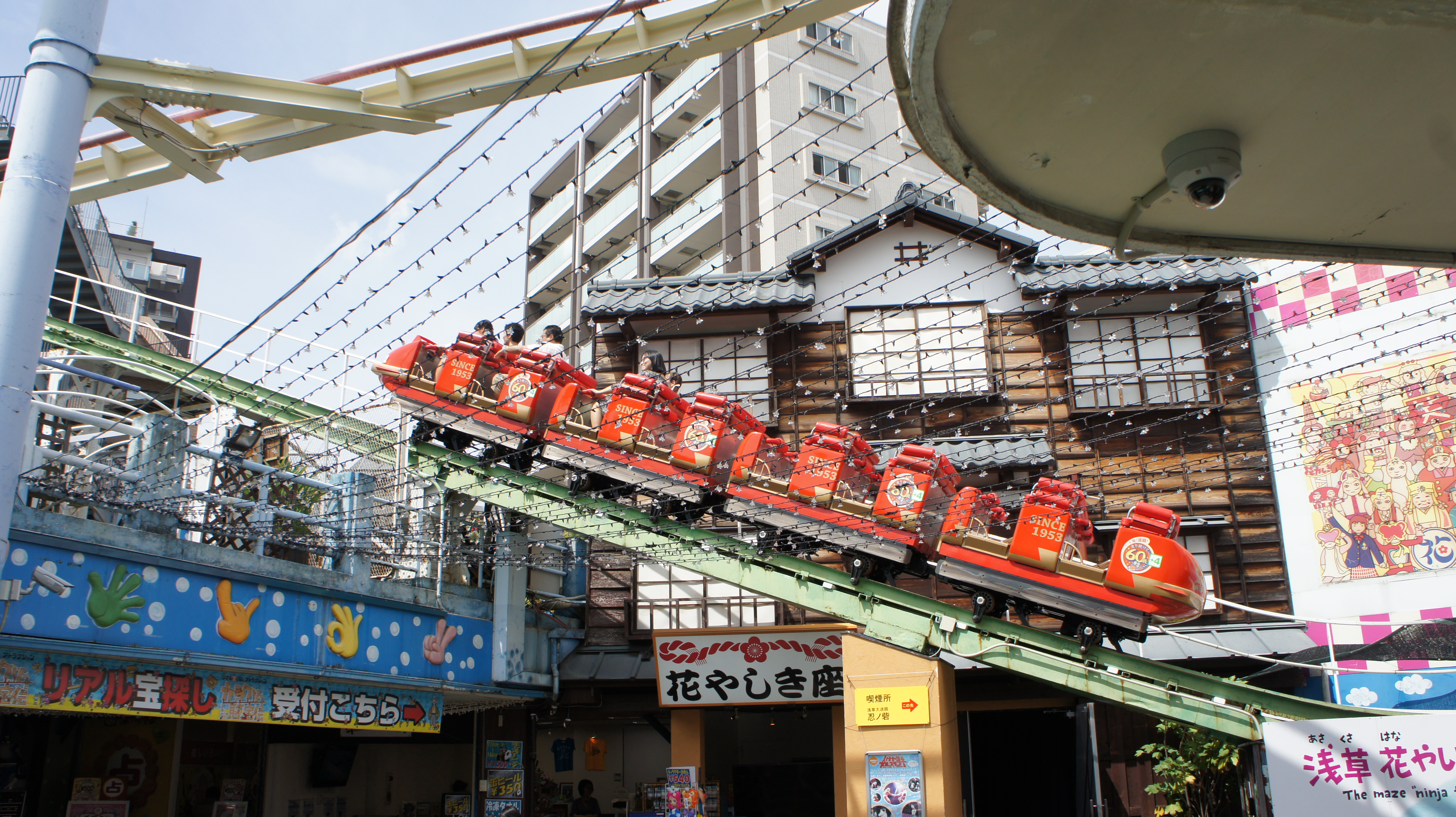 We headed to Hanayashiki Park (the oldest park in Japan, opened in 1853), which by now had opened and was running their rides. The first park of the trip, and it did not disappoint. I absolutely loved it!  It was great, with rides on top of rides and buildings, very compact. Great employees. It was 1000 yen to enter, and then we purchased some tickets. Our first ride was Sky Ship, a suspended pirate ship monorail from the third floor of the complex. It gave a great view to all of the rides below. Next, we headed to the park’s signature (and only) coaster, aptly named Roller Coaster.

Roller Coaster–This was built by the park’s original owner, Togo, in 1953. The trains are newer, and apparently have changed often, according to the RCDB.  The ride was a lot of fun as it hops over and even inside of buildings all around the perimeter of the park. After the lift hill, you drop down, and the course follows the outer edges of the park with hills, a helix, turns, and then a final hop into the brakes and into the station. Worth the five hundred yen for the ride. 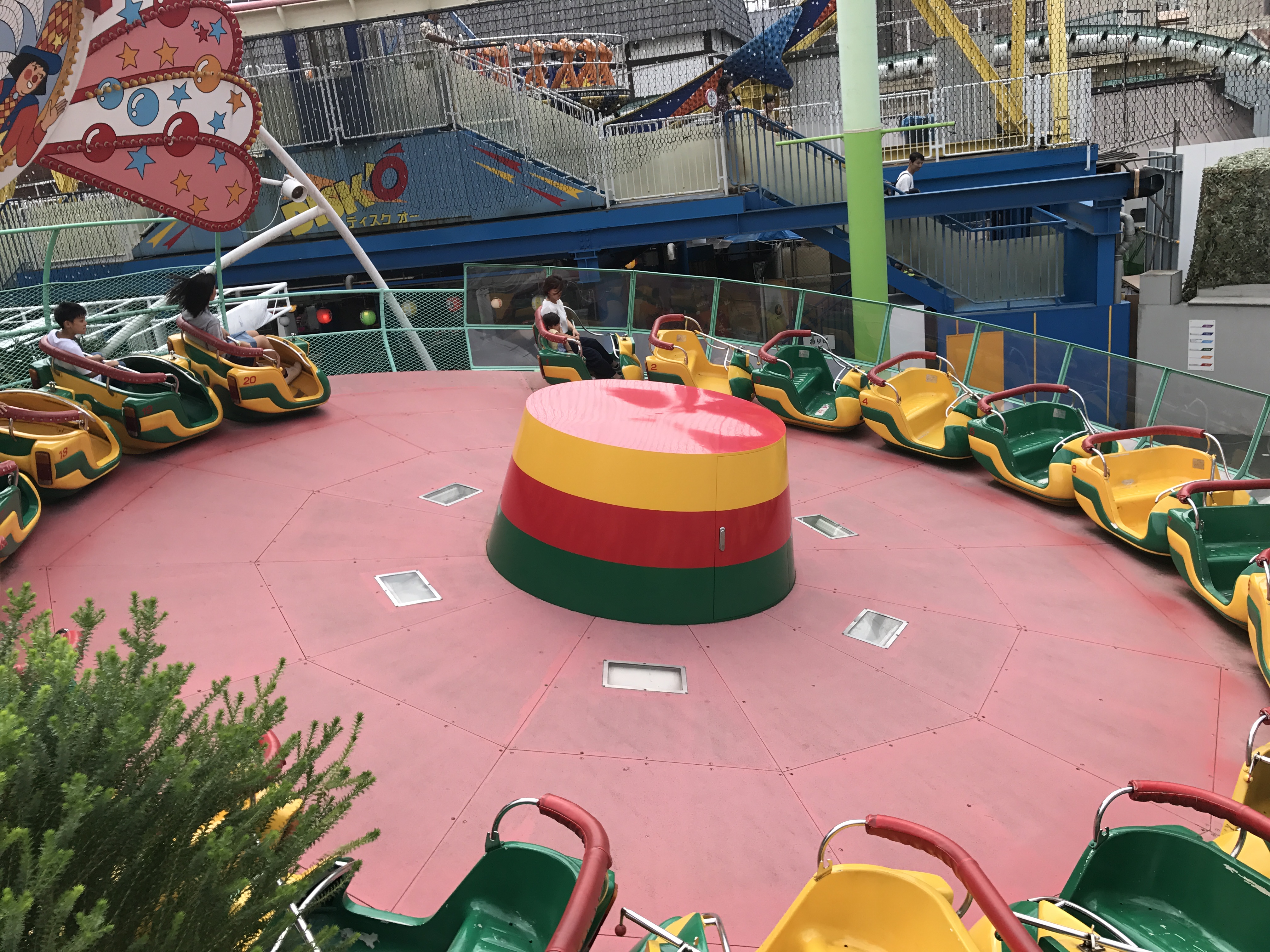 Next, after some park exploration, we went and rode the ‘Western Style’ haunted house ride thru, Thriller Car. It was pitch black with some decent scares. I like how it winded through the mountain in the middle of the park that serves at the park’s centerpiece. In fact, lots of the park’s theming was great, very charming. There were a ton of lights strung up. I’d love to see it at nite, perhaps on my next trip. We got a few more tickets and went thru the walk-thru haunted attraction, Haunted House.

It was also very dark with some good jump scares. One animatronic was a tree splitting down the middle and a scary Ringu-esq woman with long fingers falling towards you from behind it. The whole walk thru was bizarre but very well done. Lastly, we hit up another haunt attraction, Ghost Mansion. You sat in a themed living room, put on headsets, and basically, they used stereo sound to make it as if there were invisible people in the room. I didn’t know enough Japanese (You really didn’t need to as there was very little talking), but since nothing in the room moved, it wasn’t very scary, though an interesting concept. 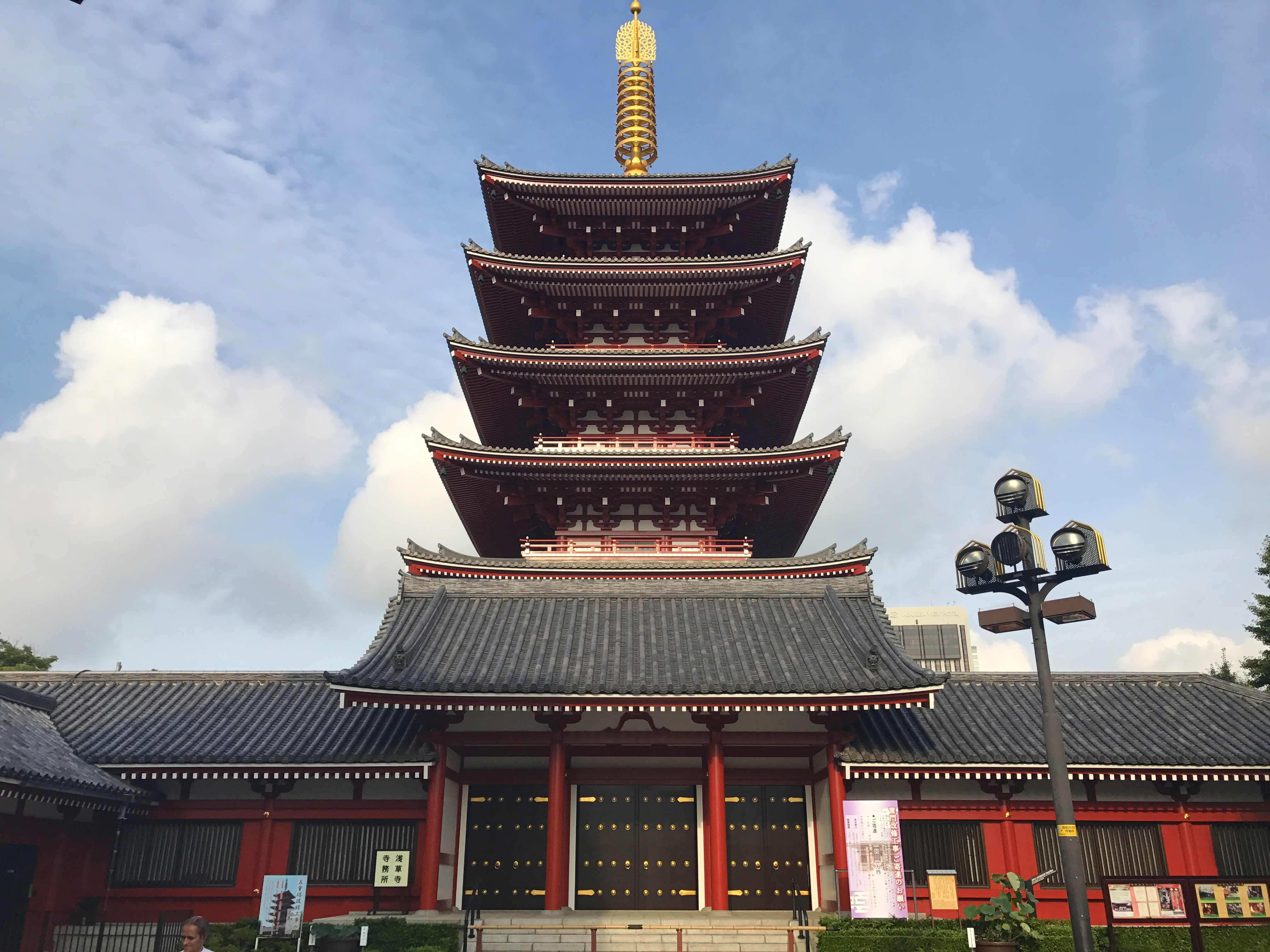 So we headed out of the park and back thru the temple area, back into the market, and eventually found a conveyor belt sushi restaurant so we could get a quick bite and actually check that off the list. It was worth it, but I’ve had better sushi. Japan has an amazing mass transit system. We went and picked up our luggage and took the subway to our station, easily using our Pasmo cards (Glad I got us those at the airport). One nice thing about Pasmo/Suica cards is using them at the many vending machines in the area. I had found it earlier, so I got more Pocari Sweat and tried two types of Calpis (One carbonated, one not).

We hopped another train to Tokyo Station, which was massive, or what I saw of it seemed to be, before we headed off in the Shinkansen (Bullet Train) to Kyoto.  The nice thing about the 3-hour Shinkansen ride (I was on it as I wrote the first part of this trip report) is that it has outlets, big seats, and a nice tabletop on the back of the seat. We arrived at Kyoto Station and schlepped our luggage nearly a mile to our next hotel, Hotel Anteroom, a pop/art-themed hotel not far from the station.

Walking the mile and a half to the hotel was interesting. It wasn’t late, but it gets dark around 6 pm in Japan in September so it was dark out. It was again interesting walking through a foreign land from the station to our hotel, and although I was tired, I enjoyed seeing so much of another culture. Our arrival was late, but the staff was so wonderful, giving us cold bottles of water and making sure we were set for the nite. The room was comfortable and stylish.