Japan was the one country in the entire world that had been at the top of my bucket list for a very long time. I took 2 years of Japanese in High School, studied the culture, pop culture, language, and more for many years while looking at photos of cities like Tokyo, Kyoto, Yokohama, and Osaka. I was determined to get there and, after several false starts, finally set a target for September of 2017. It took much planning (over a year), pre-paying, asking for time off of work, etc., but it was worth every bit. My only regret was that it took this long, though I won’t wait as long to go back.

It’d been a long time coming, but the trip finally arrived. I’d planned it out for over a decade. I’d done the heavy planning over the last couple months, and now it was time to go. First things first, I was nervous about being on a plane that long. The flight started from Charlotte (CLT) to Chicago (ORD), where we transferred to the international terminal, then ORD to Tokyo Narita (NRT). True flight time was between 11-12 hours from Chicago to Narita.

I packed every electronic device I had (2 phones, 2 tablets, a DSLR camera, a GoPro Knockoff by a reputable camera company, chargers, cords, and more). And even though I slashed the amount of stuff I’d have normally packed for even just one week, I way over packed for the trip. I didn’t need as much in the way of electronics, and the next time I fly internationally, I will pack much less. I barely used my iPad on the flight because there was an entertainment screen in the back of the seat ahead of me with live news, lots of decent movies (I watched part of Skull Island, some of Guardians 2, and all of Minority Report and a Big Bang episode, along with CNN as Irma hit the east coast back home), and kept busy all fight. 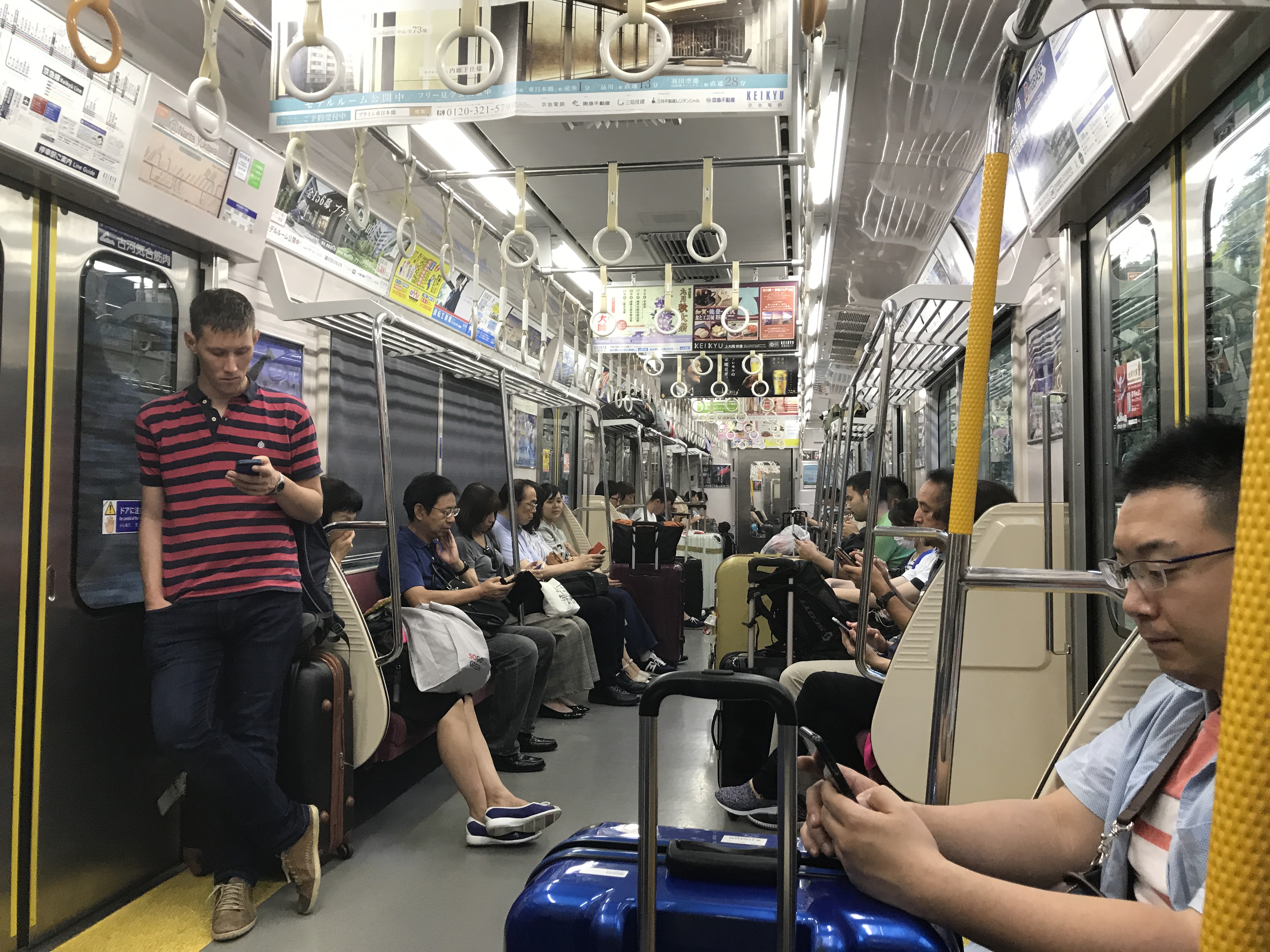 I did doze off a bit, but there were 2 full meals, a sandwich snack, and 1-2 other snacks on the flight as well. And even though we were flying whilst chasing daylight the entire time, the plane’s windows dim and the flight was rather dark.  Before I knew it, we were over Japan, and an hour away from Narita, so I watched a Big Bang Theory rerun to occupy me. I’m not a huge fan of the show, but I knew it wouldn’t be long after I finished watching that we would land.

We arrived at Narita airport where we had to find the post office to pick up the wi-fi router I’d rented for the next two weeks. After we de-planed I remember thinking how somewhat disappointed I was in the airport, expecting it to be more modern. Instead, Narita is very much a product of the time it was designed and built-in the late 60s/early 70s. As we walked down a long nondescript terminal hallway towards customs I remember feeling apprehension and trepidation, knowing that I was in a foreign land and would have to use my very basic Japanese language skills for the next two weeks. Then the announcements in Japanese began. It was an exciting yet nerve-wracking time.

So I began giving Isaac a small lesson in basic Japanese that I could remember from my time studying the language. Eventually we made our way to customs.  Just before I was to go up to the counter to get my passport stamped to be allowed into the country, someone with perfume walked by and I had a terrible sneezing fit. Then I was nervous because I didn’t want to be quarantined or stopped from entering the country. My fears were unwarranted, however, as I was quickly thru customs. I even thanked the lady who stamped my passport in Japanese, the first time I’d used the language in a practical way. 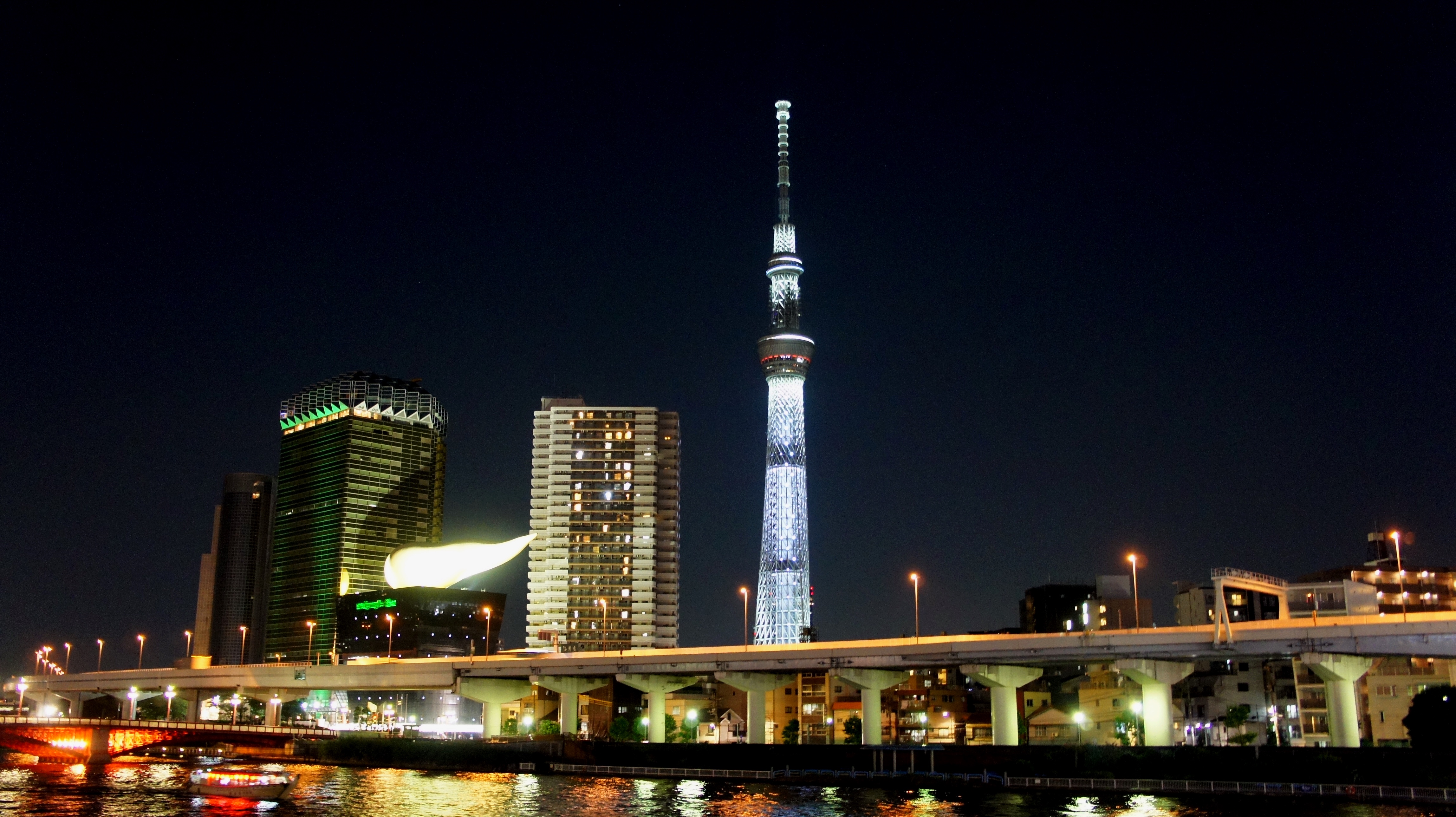 Isaac stopped to exchange the money he had out for some yen, before we made our way to a 7-11 where I used the ATM to get my first ¥30,000 (yen). Then we finally made our way to the Post Office on the third floor of Narita Airport.  After a few moments I realize she couldn’t find the package, so I looked at my reservation. I’d had issues with the website when making the reservation anyways, but after looking, the reservation was in October, NOT September. Grr…That’s $90 down the drain. Eventually we headed to the SoftBank kiosk to rent one. After that (unfortunately, it was more if you rent it in the country instead of before arrival), we headed to the JR East office to exchange our Japan Rail vouchers for JR Passes for 7 days.

I have to say, thus far, the customer service in Japan had been outstanding. It beats anything I’ve ever experienced on a consistent basis in the US.  After that, it was off to the Keisei office to get a Sky Access Express ticket and off to the terminal to catch our train. I was apprehensive because I wasn’t sure we were on the right platform, but the train came right on time and before I knew it, we were on our first of many trains, heading to Asakusa, Tokyo, Japan. After an hour ride from Narita into Tokyo, we got off at Asukasa Station.

We schlepped our stuff thru the underground station and found our way up to the street, granting us our first view of Tokyo. It was amazing. We set our GPS and walked across the Sumida-gawa River to our home for the night, Hotel MyStays Asakusa. The city was so quiet. We found the MyStays Hotel and checked in, freshened up, then headed out to try to find dinner but after walking around and nothing being open at 7pm on a Sunday evening, we settled for Bento Boxes from 7/11 (they’re everywhere there). And while it wasn’t anything spectacular, my noodles were filling. Not long after finishing, I went to sleep.