One thing on my bucket list had been to hit up a park on New Years Eve. I hadn’t really planned on it for this trip, and even when making plans for the end of the year this wasn’t the original idea as we had discussed Savannah, Charleston (S.C.), or just staying in Charlotte, which is what I’d done most years down here.

We woke up and headed down to the dirty south early Saturday morning from my house, arriving in Atlanta around 11:30, with our first stop being lunch at The Vortex in Little Five Points, which is one of my favorite restaurants in Atlanta. After amazing burgers and beer was had by all, we killed some time whilst heading over by Turner Field so I could take pictures. We were way early, so once we got to Six Flags we had more time to kill. This was the only time I’d never ran in to really heavy traffic in Atlanta, but I’ll put that on the Peach Bowl and it being New Years Eve.

Once we got to the park we wondered, with the weather being what it was, if rides would run. Basically, every thing in the front 2/3 of the park was scheduled to be open, but obviously this was weather permitting. I’d been to the park when a little rain and mostly clouds shut everything down, so I was trying to think of alternative options. However, it would end up not being necessary as the park ran all of the major rides at the front of the park, and that was good enough for me. 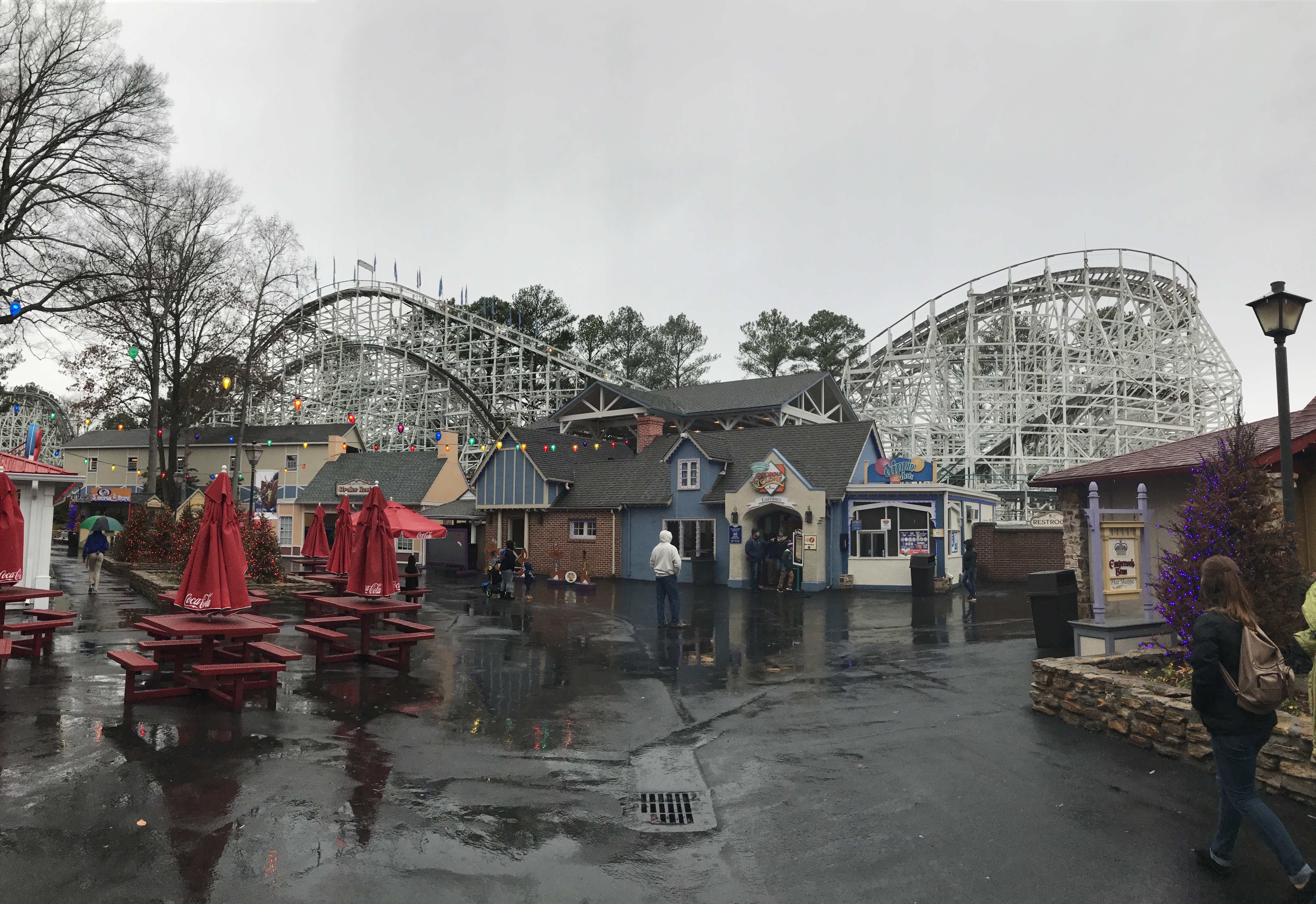 We headed in to the park without much of a line, and headed directly over to our first coaster, Cyclone. The last time I was there, it was running very well, but it could be notoriously bad. Thankfully the ride was running the best I’d experienced. Around the 5th or so drop, in the back, I was stood up out of my seat and terrified because of the airtime. And this was with my lap bar as far as it could go and a seat belt. The ride was running well, and man did it deliver.

Georgia Scorcher was testing earlier but it hadn’t opened yet, so we headed over to see if Dare Devil Dive was up and runnin. It was not. There wasn’t anyone in the station and it looked closed off. That’s okay, I didn’t expect everything to be open, and Acrophobia was also pretty silent. So we went to Goliath instead, and got a back seat ride. Goliath, as usual, is one of the best B&M speed coasters around, and was running very well. That was two for two, and Isaac and Tyler loved them as well.

I wanted to head back towards Gotham City, but I got a little lost, which was okay because we ended up at Monster Mansion. Isaac and Tyler weren’t as in to it as I was and unfortunately the ending song wasn’t playing everywhere towards the end, but I still love Monster Mansion. The new DC section looked fantastic, as did the refurbished Bugs Bunny area. Batman was definitely running, so we found our way back to Gotham City. 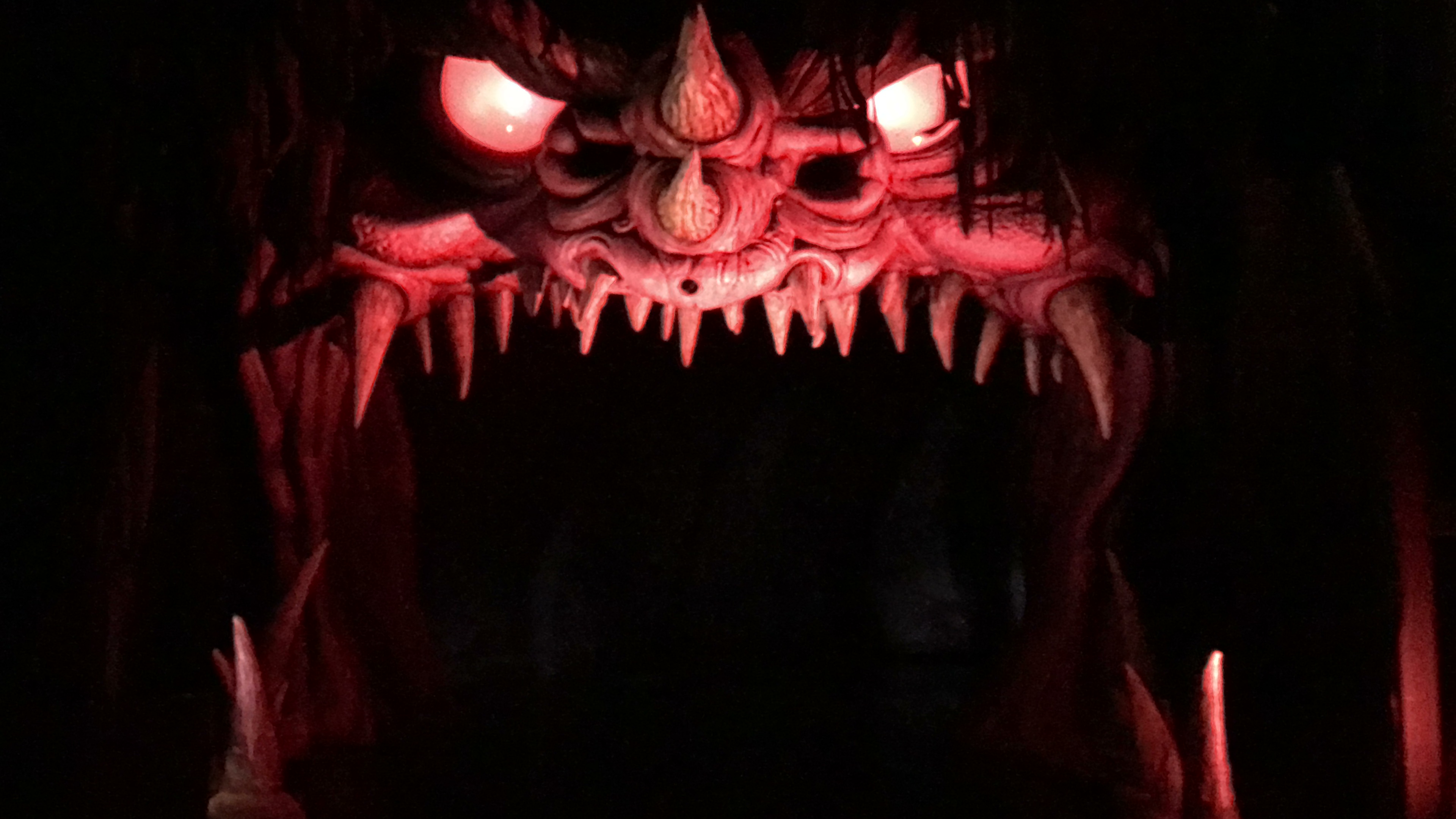 This is by far the best Gotham City in the chain, in my opinion. I know they got a lot of flack for adding the SooperLooper ride form Larson, but it looked great. I don’t ride them because they make me sick, but it is another flat ride, as is the Harley Quinn Spin ride in the middle of Gotham City. But we had bigger fish to fry, as usual, and Isaac was really excited (as was I) for our next coaster, which he’d been eying all year round, Mindbender. It had little to no wait, and we ended up near the back. Mindbender is still a great, classic Schwarzkopf coaster, and Isaac’s 3rd Schwarzkopf this year (he’s a fan). Inversions, laterals, and airtime combine to make the ride really fun.

We took a spin on Batman The Ride next, and this just happens to be my favorite of the Batmen inverted coasters. I do want to try riding one backwards when they’re running it with the backwards trains, but missed my chance here because it wasn’t backwards very long in Atlanta. Next we headed up on the mountain so I could get a look at the construction for the new for 2017 dark ride, and a glimpse at the remade Bluehawk nee’ Ninja. But of course the back half will have to wait till spring. We did ride the carousel before heading back down and taking a roll on the Von Roll Sky Buckets. With the back half of the park closed you basically just stayed on the ride back to the front of the park.

While walking around I had some sweets and and we saw that Dare Devil Dive was now open. Once we got in line it closed, but reopened a few moments later, and since the line nearly cleared out we got on quick. The ride is still really fun and smooth. I missed it the last time I was here. We headed over and rode the mine train at some point and eventually got re-rides on Mindbender and Goliath. At that point it was getting dark and lights were coming on all over the park, with the park getting a bit more busy. Next up on the agenda was heading to the front of the park and getting a ride on Scorcher, which was running well. It’s still my favorite stand up currently open. Then we had our last backseat ride on Cyclone. 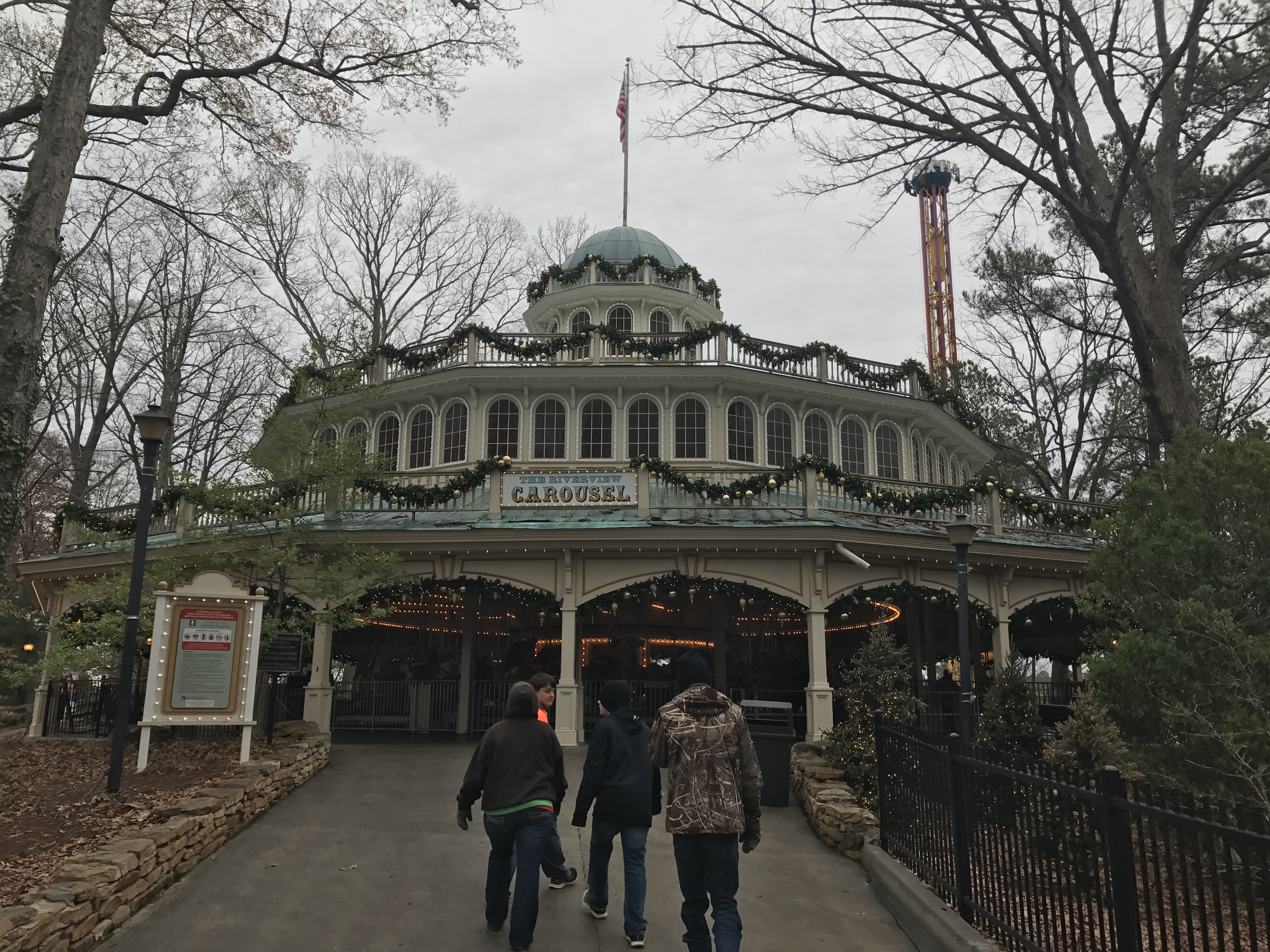 We left the park, headed to the Hilton in Midtown, cleaned up in our room, then walked in to town to find food, which ended up being at a really great Turkish restaurant. Town was electric because Alabama had just won the Peach Bowl, and the downtown area was filled with Alabama fans. That night we had a lot of fun hanging out in Atlanta. It is still one of my favorite cities.

The next morning(ish), we went to Decatur for brunch at Sweet Melissa’s, an amazing restaurant that Tyler found on Yelp before we headed to World Direct World Market before finally heading home.