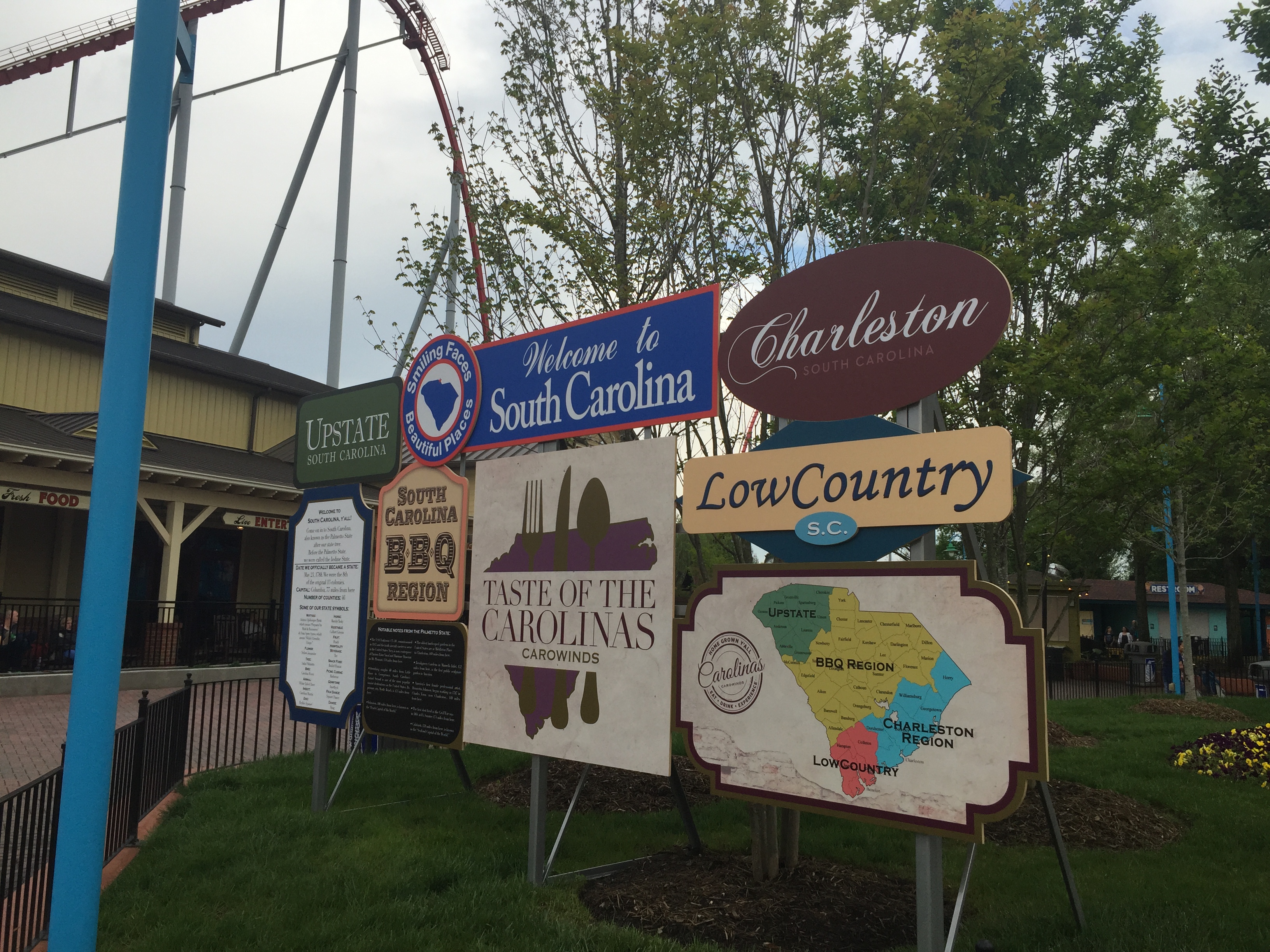 Once we finished riding Fury we went over to Hurler as it had no wait and hopped on near the front of the ride.

Hurler–It was running very well. If the trim at the bottom was on, I never felt it. I do hope the park has GCI complete the rest of the retracking and any other structural work that can be done, because when Hurler runs good, it runs really, really good.

On towards the back of the park, our next stop was in the Boardwalk area. We were going to ride Ricochet, but the line was a bit long, so we walked around to Goldrusher instead.

Goldrusher–My legs are long, but since I’d lost weight I could more easily fit in the train, so yay! Gold rusher has always been very meh to me, and this was no different. It can be kind of fun, but rarely something I ride unless I’m with someone else.

Isaac has a nostalgic tie to boomerang coasters, and one in particular happened to be at Carowinds. It was his first looping coaster when he rode it at it’s previous home and he was excited to rideCarolina Cobra. While I never wait long for it, I will ride it with the newer trains when someone wants to ride. 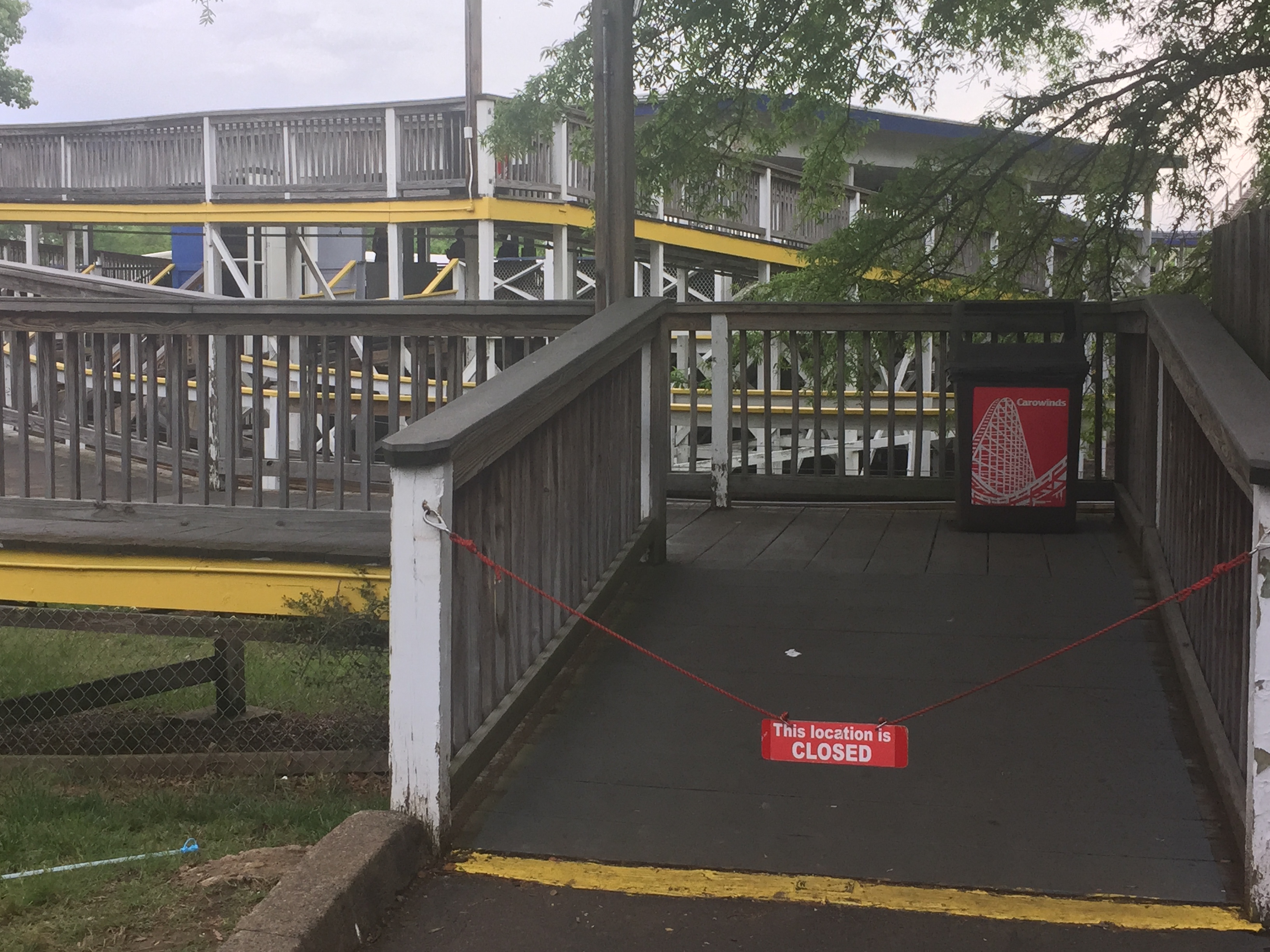 Carolina Cobra–I do like the concept, even if there are a ton of these things. That first drop is really great, especially if you’re further in the back of the train. The positive G forces kind of do me in but it wasn’t so bad on this list

Having gotten Isaac his Cobra ride we then walked around and got some water, then went over to Afterburn. I always look forward to Afterburn. This was my first inverted coaster, and it still ranks among the best I’d ever ridden.

Afterburn–Of course we rode in the front row. And again, I can tell the difference in comfort that losing 30 pounds made because I had no issues with the shoulder restrains.  Afterburn always gives an amazing ride. That first drop on the hill over the parking lot looks massive from the top. I love it.

Intimidator–For our first ride, we ended up in the middle. The ride was running well and fast. Neither trim hit very hard and there was decent airtime on all of the hills. Intimidator is a solid ride. I really like it. 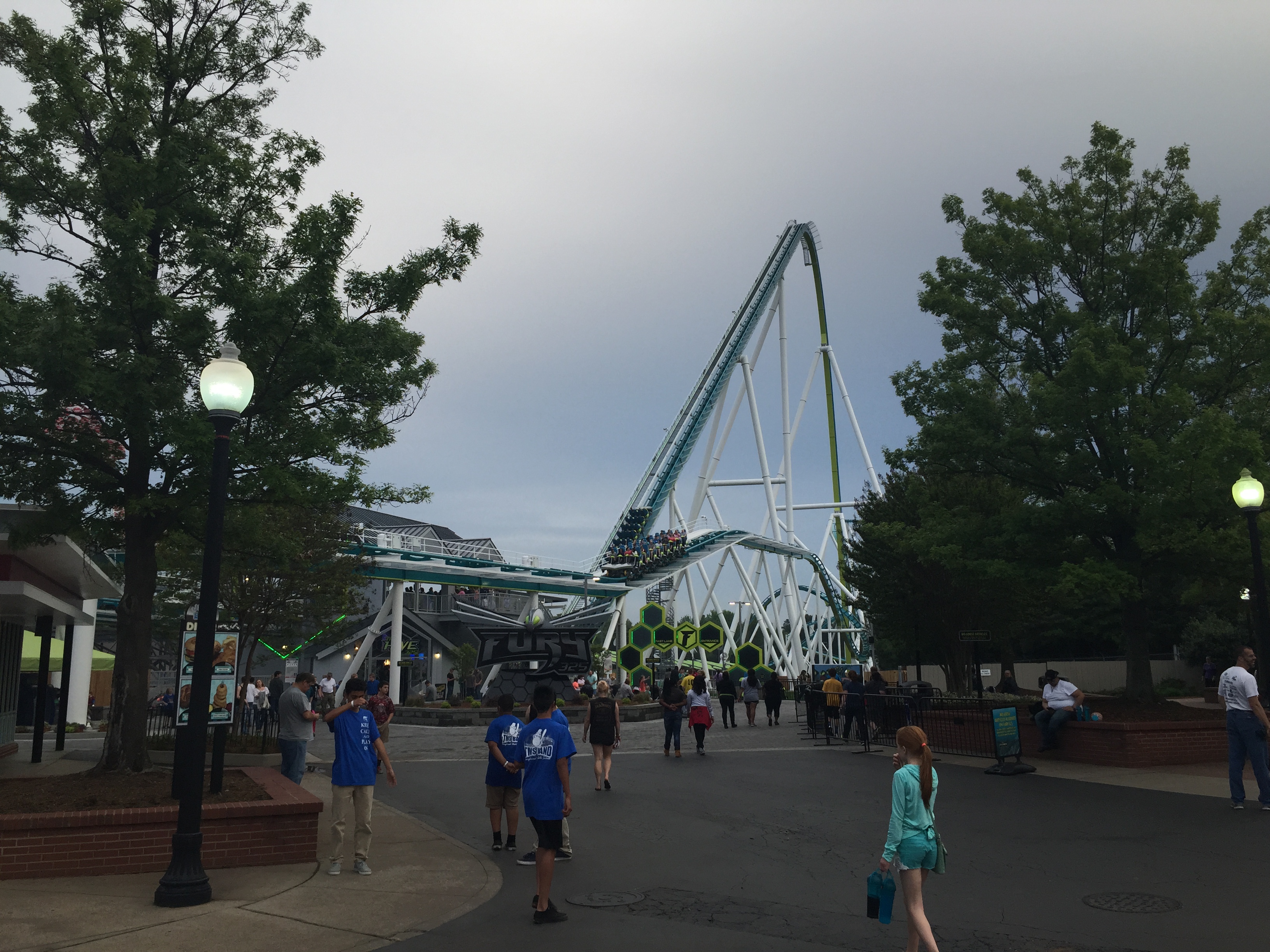 We rode Sky Tower next and then walked around the park a bit more. I think we may have ridden Ricochet at that point, but I don’t remember, as it may have been later. Oh well. Wild Mice coasters still scare me. Getting hungry, we went to Harmony Hall for lunch. We both had brisket sandwiches, which were good and we got there just in time to catch some of the Peanuts Lunchtime show. It was cute. We sat and talked for a while.  Harmony Hall was packed.  The food was consistent, and the service good as well. I know we gave up on riding Fury immediately after lunch, but I don’t really remember what we did. Actually, I do know we spent time sitting at various points and just hanging out, which was nice. If I’m at Carowinds, I don’t mind slowing down and talking while people watching.

And at some point after we did go over to ride Fury more. And we got Isaac a coveted front seat ride. It was running so well, and the airtime was amazing. So was having all that wind in your face. The guy sitting beside me was hilarious at the end of the ride. I can’t quite quote what he was saying, but he was really funny. We walked back around and rode again. I’d wanted to ride on the left hand side of the train, and this time we got a second row left side ride. It was very good.

We just kind of hung out and walked around for the rest of the evening. I know we rode Windseeker at some point. Plus I got some Italian Ice at Rita’s over by Thunder Road’s old entrance. Seeing the entire ride torn down from the Tower was sad. But I’m over it. We got more rides on both Intimidator and Fury. In fact, we finished on Fury, and it was great. Theres so much airtime that you don’t expect especially sideways airtime. It was great taking someone who had never been to Carowinds before to the park. I had a great time, and I’m sure Isaac did too. We never ended up trying any of the special BBQ or Beer but did hear a little of the band playing. All in all, the day was a win. No lines over 30 minutes and lots of fun.