On Thursday I slept in a little and then headed back down to Orlando to Rob’s apartment for more Disney fun. We should have went to Animal Kingdom for a bit, but I was planning to go on Friday. Unfortunately I overslept Friday as I was going to have my nephew drop me off on his way to work, but oh well. Our first stop for the day was Epcot. I wanted to try some different Coke products so we went to the Club Cool pavilion to try everything. I still loved mezzo mix, and I still don’t hate Beverly. Up next was Test Track.

This was my first time riding since they completely redid the inside of the ride. We got in the single rider line. That was all fine and dandy, but unfortunately a large group of obnoxious teens got in line behind us. Normally I don’t complain, but these kids were obnoxious and spend the 30+ minutes in line bumping up against everyone else in line, among other things. It was annoying. Finally, Rob and I got to ride.

Test Track-I really liked the changes they made as the update looked very modern and very obviously Tron-esq. I’m glad the ride was updated instead of altered. I didn’t get to do any major customization to my ‘car’ because we were limited in the single rider line, but oh well, I’d rather not have waited the extra hour. The experience wasn’t much different, but it did feel much more futuristic. 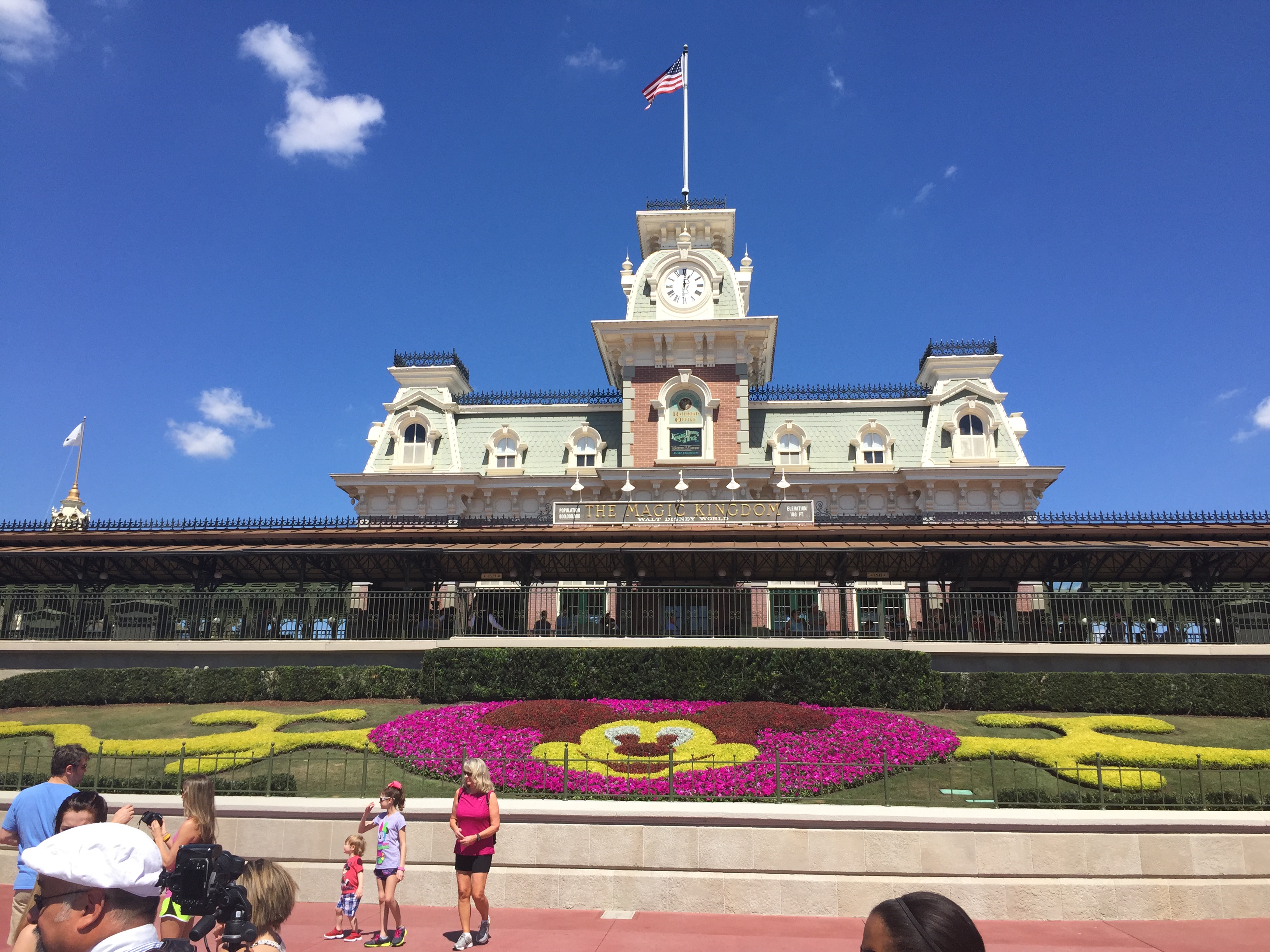 We walked around Futureworld for a bit before heading over to World Showcase. Epcot was all in bloom and as usual looked amazing. Our first stop was Mexico. Rob got a drink and we then headed inside to ride the Three Caballeros boat ride and shop around. The great thing about Epcot is that you can just walk around and not do much but still have a very good time. One day I’m just going to go to Epcot and eat and drink around World Showcase. It’s so bustling with people and I really should take one day for each side of Epcot and explore. I know they had the game where you’re solving clues and such while wandering through the park, and I’d really like to try that too. There’s just too much to do there. So we went to O! Canada! It was the same as last time, but still really neat.

Leaving World Showcase we headed back to the front of the park, stopping by Spaceship Earth for a ride. Then we drove over to Magic Kingdom for the rest of the evening. Our first stop was of course, Carousel of Progress. After that we went over and rode Buzz Lightyear’s Astro Blasters. It was fun, but it’s no Midway Mania. The clouds were coming in as we went over to ride Seven Dwarves Mine Train. Though we had a time slot to ride it wasn’t time just yet so we went to watch Mickey’s Philarmagic instead. I really liked the show. But again, 3D doesn’t do well for me. 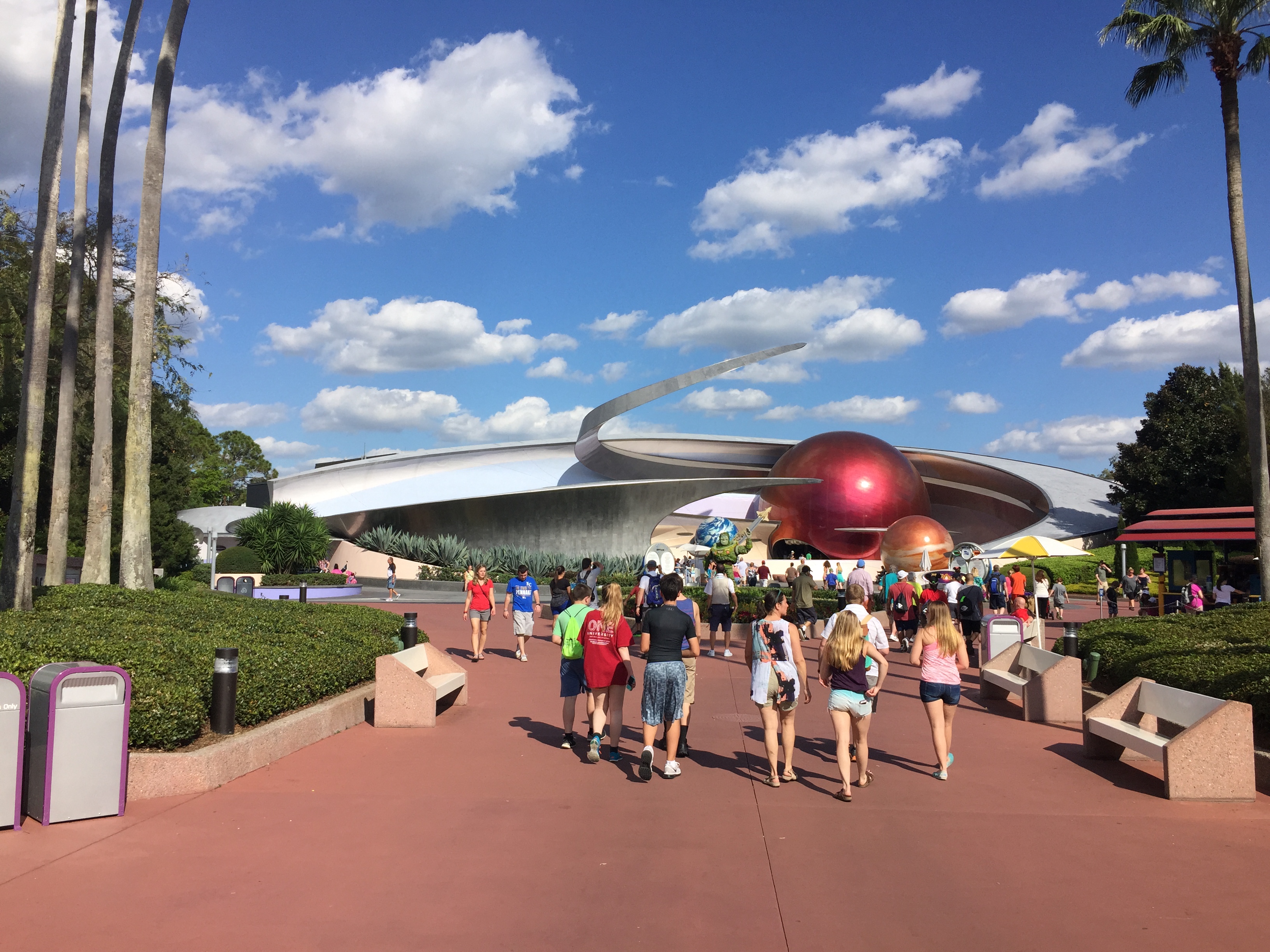 It was sprinkling when we left to head back to Seven Dwarves. We went in the Hundred Acre Goods store to wait out the rain for our ride time. By the time we got on the ride it was POURING. And dark. Which, even though I would have rather stayed dry, gave a really good ride.  After that we went over to the Jungle Cruise in the rain. The skipper/tour guide really loved his job and did great. I had 2 much better guides on this visit to Disney than my last trip. And then, because we were already there, we went to Pirates. Another ride I love.

It had stopped raining by this point. Fireworks in the rain behind the castle were really awesome. So was Haunted Mansion at nite, which we rode just as the rain stopped. I love that ride. I also love walking around Magic Kingdom at nite. We walked around a little more, but I honestly don’t remember if we rode anything else. And then my Disney days were over.  I love Disney parks. I say every time I go to Florida that I need to go to another set of parks, but I tend to end up at Disney. It’s like Magic…