Chicago. Fifteen years prior I’d spent 8 days in Chicago on a school trip just after I’d graduated and loved it. I’d wanted to go back ever since. And I had lots of plans, most of which didn’t realize on this trip, but there’s always next time. The trip, as usual, was different than I’d originally planned, but it all came out in the wash.

On Friday, August 29, 2014 I was graduating from 2 months of training at NC’s Justice Academy to be an actual Real Life Drivers License Examiner. It was a corny ceremony that I wasn’t in any way excited about and I just wanted it to be over so that I could leave, but I said goodbye to all the new friends I’d made and eventually made my way up to RDU, which was closer to fly out of than CLT based on where I’d been staying for the past 7 weeks.

That evening I arrived in Chicago and met up with Jay Miller at ORD, and we took off towards our hotel after picking up our rental car. It was actually pretty cheap to fly in and stay in the suburbs on Labor Day weekend, which was incentive for Jay to join me on the trip. Once we checked in we decided to head into the city for dinner and to explore. So we drove to the local train station in Lombard where we were staying, and hopped on. I love public transportation. There needs to be more of it. 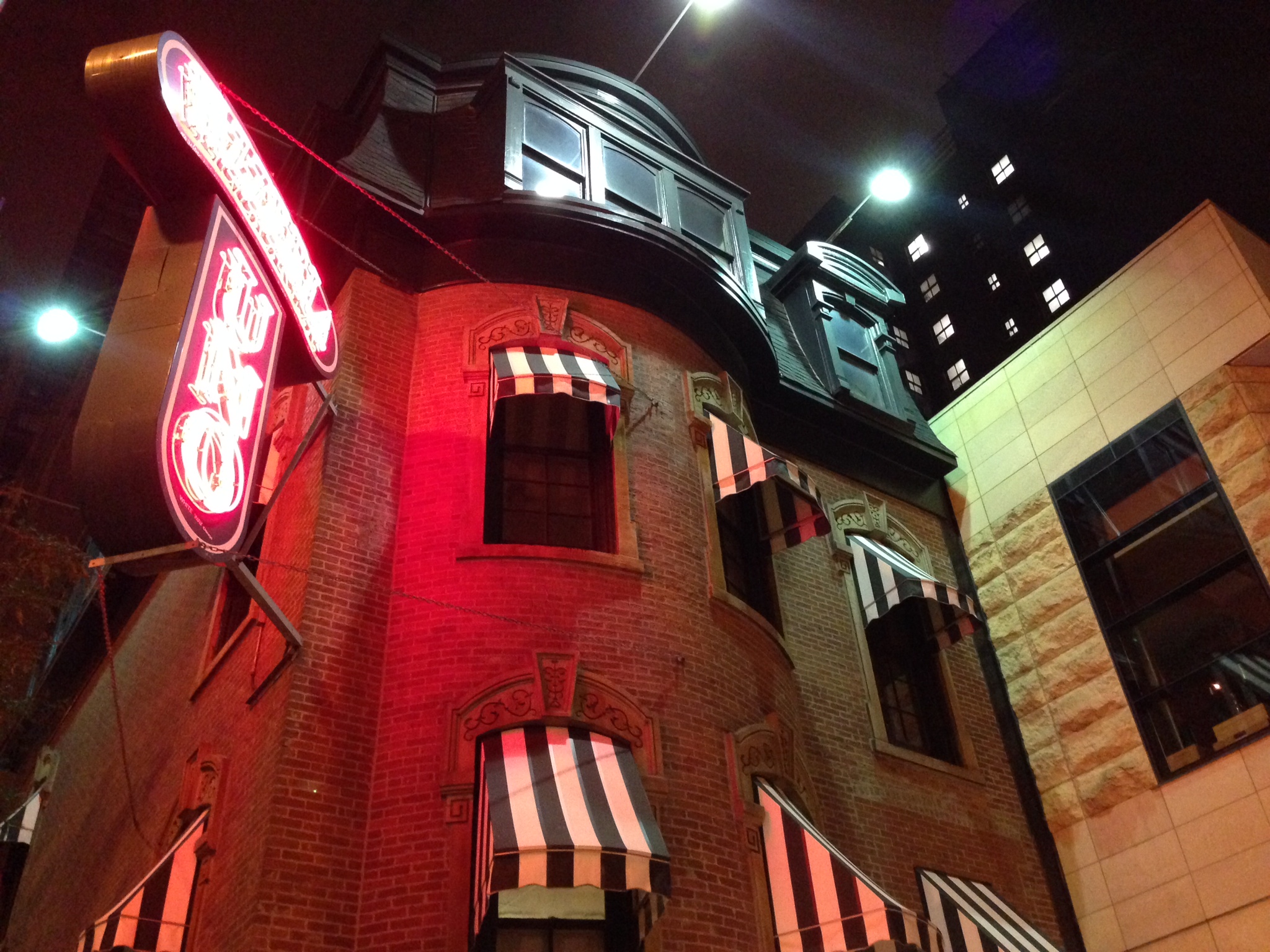 I wish I’d booked a room in Oak Park like I originally planned because it was closer to down town, but oh well. We got into town around 8 PM and decided to eat at Pizzeria Uno, the original Chicago Deep Dish Pizza restaurant. This was a first for both of us, and quite a walk, but so worth it.

Once arriving at the restaurant I was going in to put our name on the list. It’s usually a decent wait for a table and then at LEAST 45 minutes for the pizza. The Manager was acting as the host and asked how I was and I replied ‘hungry’ so he said “Great! I have a table for 2 right now just for you. And that’s unheard of, to walk right into Uno’s on Labor Day Weekend without a wait”. So yay for us.

But Wait! It got even better! We ordered our pizza, a small pepperoni and sausage, plus salads. The atmosphere eating outside was great with so many people walking down the street enjoying the holiday weekend. And even though we were warned when we ordered that our pizza would take about an hour, 30 minutes later, our pizza was ready and being brought to our table. And oh how amazing it was. I’m glad we didn’t get a large like I’d wanted, because I was stuffed. 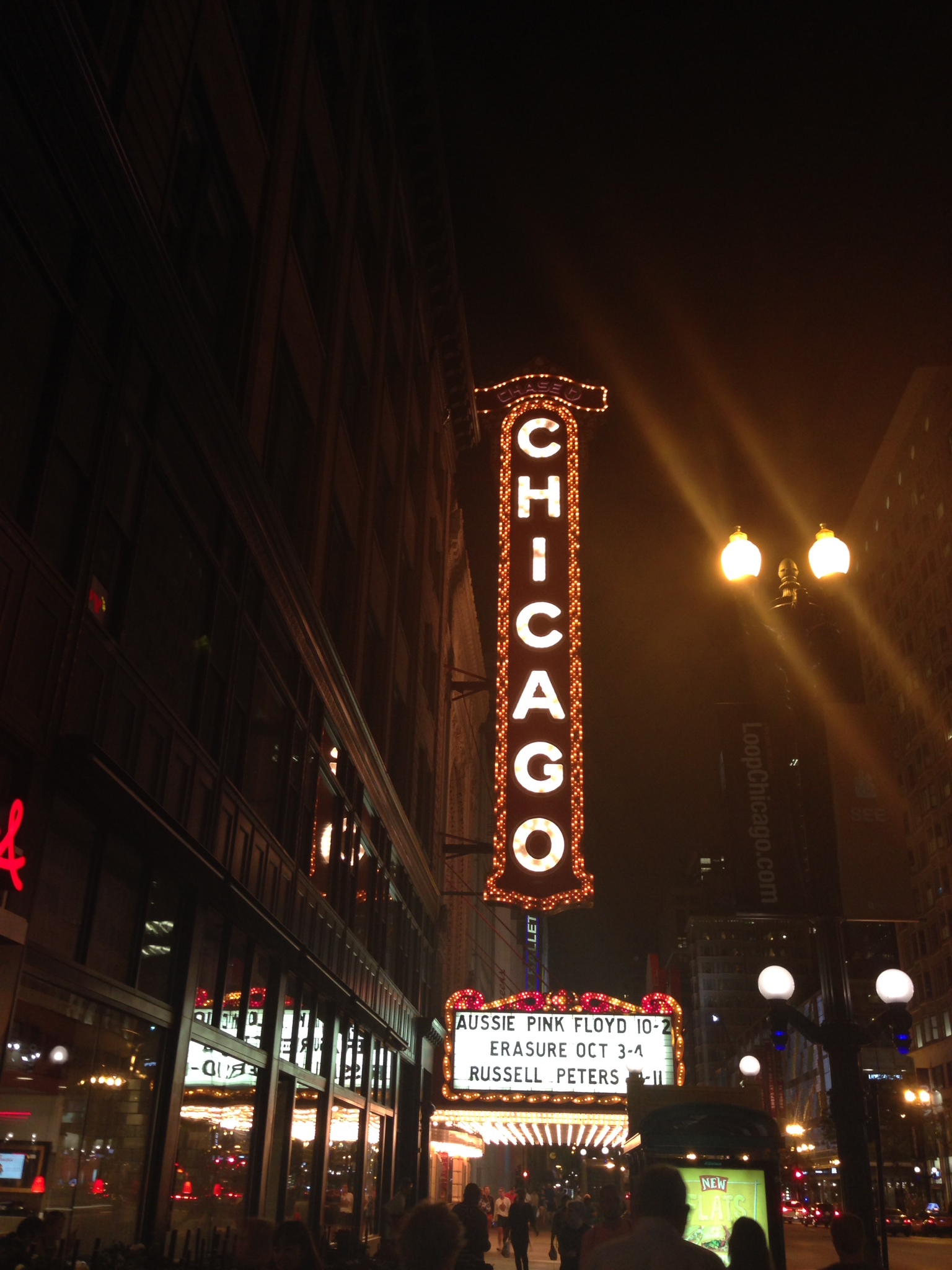 After we ate we sat for a while before leaving the restaurant to walk around a bit more and see some Chicago landmarks. As we were wandering around we saw a lot of bikers going by for Critical Mass and actually stumbled upon a taping of Chicago Fire, which we watched a bit. My friend Frank, who lives in Chicago, rode his bike thru during filming and saw it too, but he didn’t know I was going to be in Chicago for the weekend. After a while we headed back to the train. Jay went back to the hotel and I went out for a while on the town. I really love Chicago.

I stumbled in (not really) around 3 AM, which meant I was gonna get about 3 hours of sleep since we had to get up and leave by 7 AM to head to Wisconsin. Saturday was to be our day driving around the state to ride coasters.