There was a mass exodus leaving Epcot. My body hurt. I was tired. And I’d already told Matt I may not make it till 2 AM. In fact, as the seconds ticked off I was convincing myself more and more that I needed to leave earlier than that. We waited for a few Monorail cycles so that we could ride TRONorail again over to the Magic Kingdom. We got to Magic Kingdom and walked around a bit, heading over to Tomorrowland for a Fastpass and a quick ride on Space Mountain, which was still kicking butt. We wandered around the park and looked for the shortest lines until Extra Magic Hours began. I know we rode Big Thunder Mountain at least once and eventually we rode up Buzz Lightyear’s Astroblasters, which was also a lot of fun. Almost as fun as Toy Story Midway Mania.

Winnie the Pooh had a bit of a line, but we waited it out. It’s a fun dark ride, but I liked the outdoors station in SoCal better, although this interactive queue was quite good. We also rode Snow White’s Scary Adventures, and I’m glad we did, because it will soon be closed and turned into another attraction. I wish I’d gotten some pictures of it, but at least I will remember the ride. And finally the queue for Peter Pan wasn’t quite as long as it had been. Matt loves that ride, and I missed riding it at Disneyland. It was really good. Lots of great scenes, flying thru each one. I enjoyed it, and of course, I enjoyed sitting down.

We went back over and rode Space Mountain more before I finally decided to call it a nite. I gave Matt my fastpass for Space Mountain so he could back to back and I headed to the front of the park. My legs hurt and I was very nearly ready to fall asleep. I got to the Monorail station and headed to the Transportation center. Sadly, once I got there I was told I needed to ride all the way back around and get on a bus in front of the Magic Kingdom. Dang! It was kind of neat riding all the way around the lagoon, and having an entire Monorail train to myself. 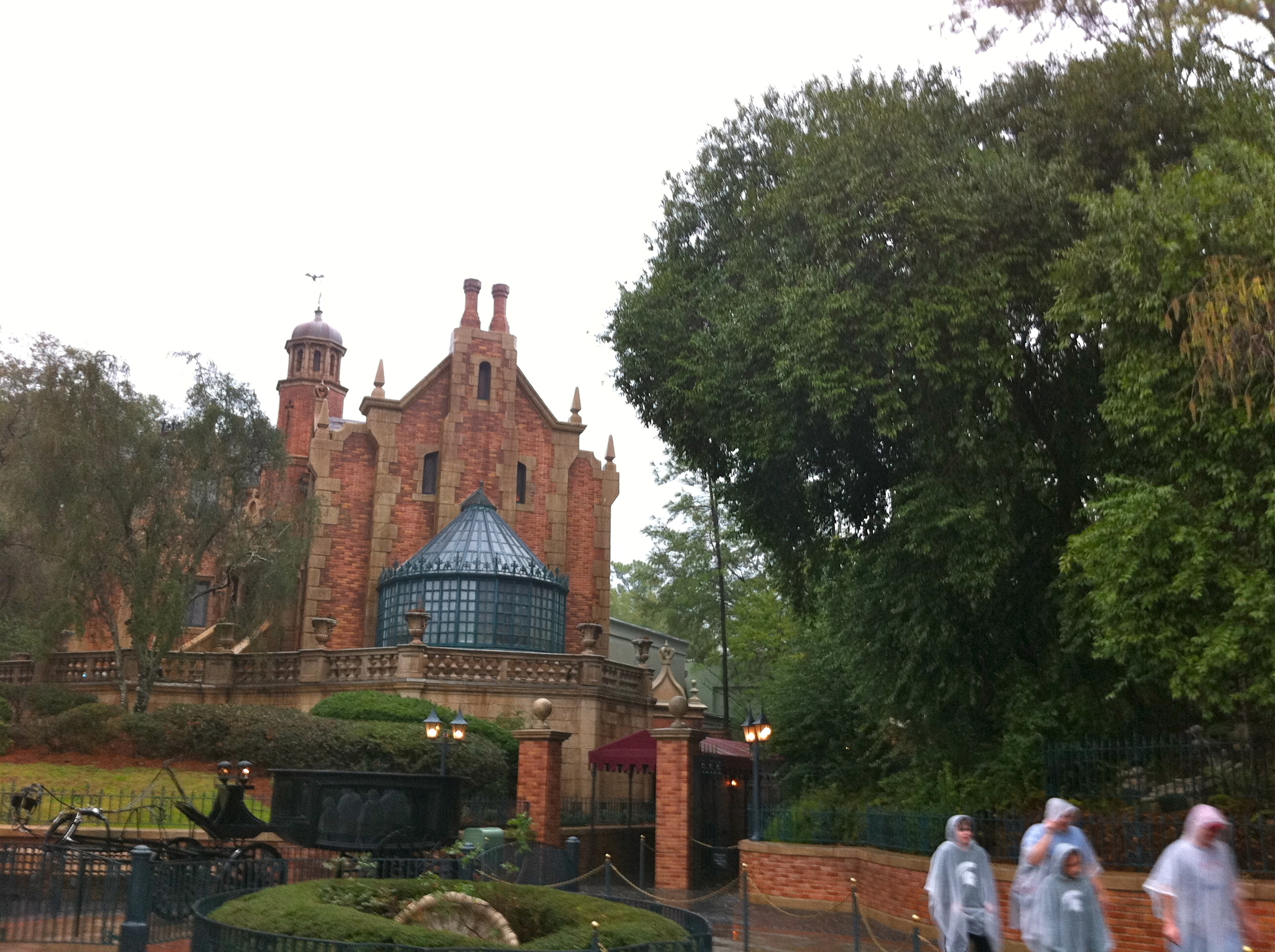 I got on a bus at the Magic Kingdom once I found out where they boarded. The bus ride back to Coronado was long, and I didn’t know which stop to get off at, so I got off at the lobby. I forgot which room I was in, so after walking around trying to find a fimiliar sight, I ended up back at the lobby to get my room number. Eventually I ended up sore, wet, tired, and thirsty back in my room, where I showered and got ready for bed.

It didn’t take long at all for me to fall asleep after my hot shower. Matt made it in late, but I was out. The next morning we woke up to rain. The plan had been to go to Disney’s Animal Kingdom for Extra Magic Hours that morning and ride he other side of Primeval Whirl, the Safari, the train, and quite a few other attractions, but it was pouring. So instead, we packed up our stuff and headed to the lobby to check out, check our bags for later, and get breakfast. I thought the hotel’s restaurant was a buffet, but it wasn’t. You go to the station that you want, get a ticket and your item(s) and then pay when you leave. It was odd, but my egg omelet with salsa was great and the guy that cooked it was nice to talk to.

After breakfast we decided to head over to the Magic Kingdom. I kind of wish we’d went to Animal Kingdom as planned, but I didn’t want to do all of that in the rain, and Magic Kingdom still had tons of stuff to do that was indoors. Our first destination for the morning was Pirates of the Caribbean, since Jungle Cruise wasn’t running due to lightning in the area. We went thru a different queue this time. We got in line for the Haunted Mansion, which had a very short line, and a covered queue, since it was raining. After we had one ride, the line was nonexistant, so I asked Matt if he wanted to ride again, and we did. 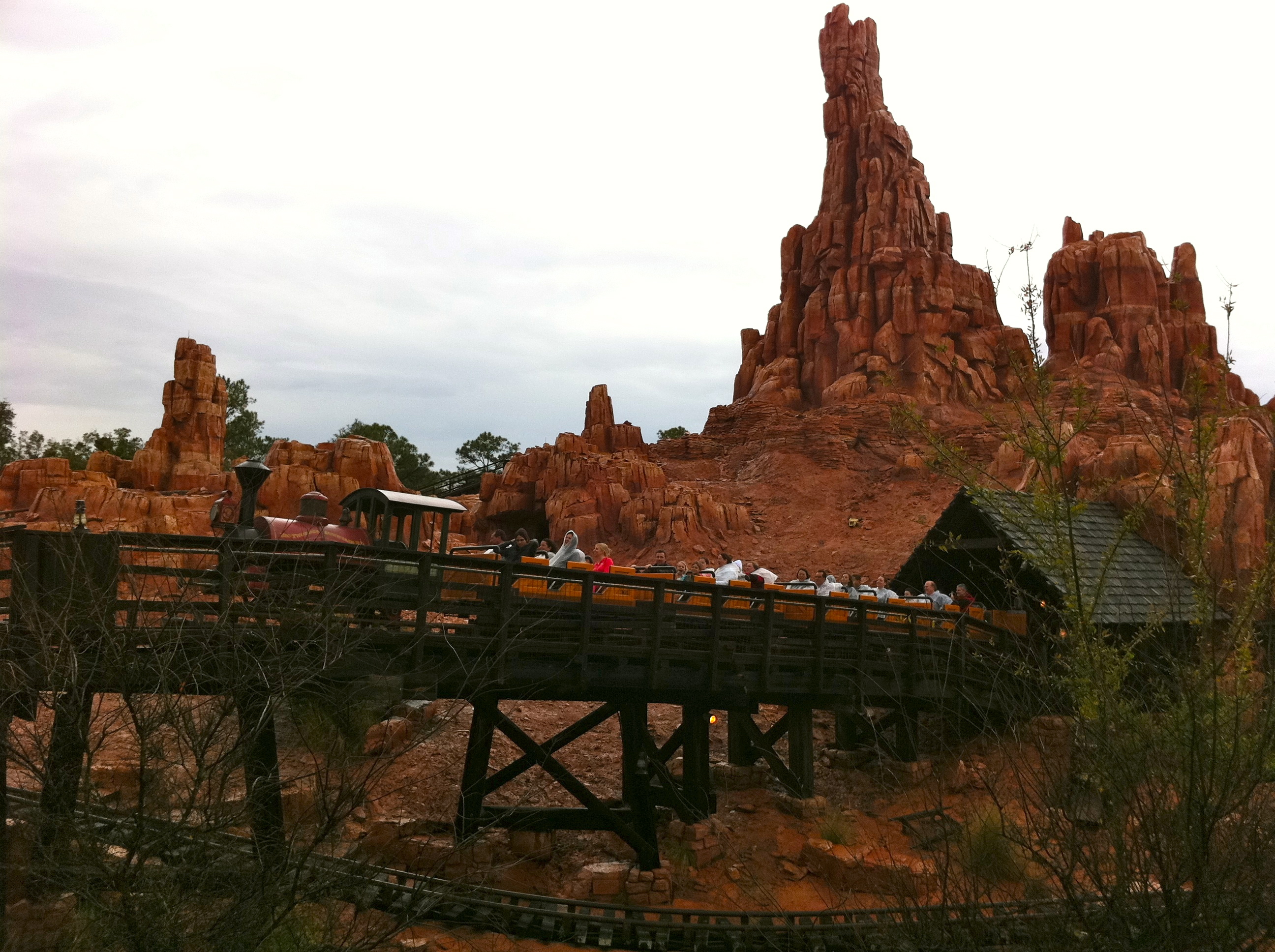 Next up was Big Thunder Mountain, since the rain had slacked off. I just really loved that coaster, and the theming. It was just so much fun! After riding we headed over to Tom Sawyer Island in the rain. This was a neat section. We got some decent photos that wouldn’t be possible otherwise, but sadly I didn’t have my good camera, only my iPhone since it was raining, and the gloom didn’t make for great photos anywho. But we explored the entire island, swinging bridges, caves and all. It was fun!

A few hours had passed since breakfast and Matt, who hadn’t eaten much, was hungry so he grabbed another delicious taco salad while I rested. Once Matt was finished we headed to the train station in Frontierland as the train was arriving. I wanted to ride the entire circuit, but forgot to do so as the day went on. For this trip, we got off at the soon to be demolished Toontown Station so that I could get my last coaster credit of the trip, and so I could get some photos before they rip Toontown out and re-theme it.

The Barnstormer-This was a longer version of Vekoma’s roller skater, and it was rather fun. I rode by myself in the front. The theming was cute, and the train looked like a long barnstormer plane. It was a lot of fun, and I’m glad that, while they may be getting rid of this area, they’re keeping the coaster. 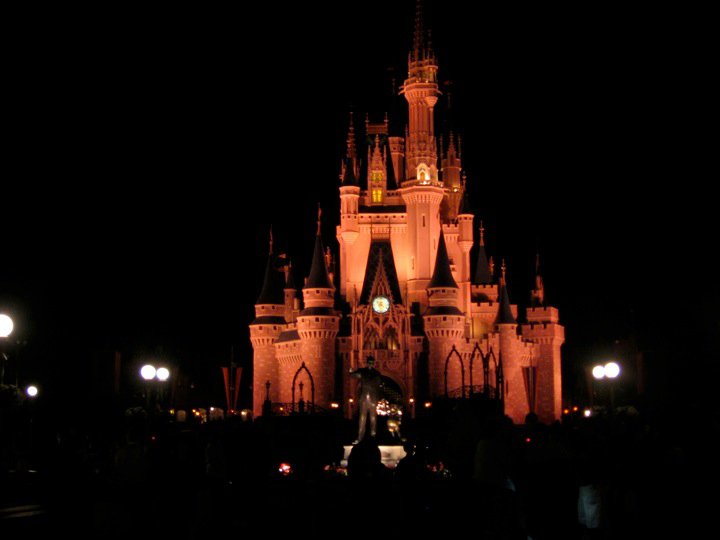 We headed back to Tomorrowland to check on Space Mountain fastpasses, but they were going to be too late. I think we may have rode another couple of times. We also rode the People Mover, which was a lot of fun and a nice escape from the rain. After the People Mover we headed to the Carousel of Progress. I don’t know why, but I really enjoyed it. It was an interesting look back thru ‘progress’ over the last century. To finish up Tomorrowland, we then did the Laugh Floor, which was fun. I’m glad I didn’t get called on. WE then headed over to Stitch’s Escape. I’d have loved to have seen this when it was Alien Encounter, but alas, it wasn’t meant to be.

Lunch was burgers in Tomorrow land before heading out to the rest of the park. We walked around Fantasyland for a bit and contemplated riding a few different things, but the time we had was getting short, so instead we headed to Main Street to take some pictures of the Castle. As we were leaving the park they were doing the 5 PM flag retreat, complete with veterans, a marching band, and an acapella group, so we watched that before we left.

After the nite before, in which Matt and I both learned that you get on a bus back to the resorts in front of the Magic Kingdom, we knew what to do to go back to catch our Magic Express busses. We headed back to Coronado, I picked up my stuff, and headed off while Matt stayed back since his bus was an hour later. My bus stopped at Pop Century, and eventually we made it to MCO. The line to get thru security was long, but didn’t take much time. Eventually I made my way to a Burger King. My flight was at 8:30 and I was there in plenty of time. Sadly, I can’t say the same about the layover in ATL. Once I got to Atlanta, and we were a few minutes late getting in, and it took forever before the plane at our gate decided to move. I was in the back of the plane, so deplaning took quite a while.

The bad thing was, I didn’t know what gate we were going into, and my ticket didn’t have the gate for the next flight listed. Thankfully as soon as I got out I found a screen and got my gate number and started running…only to find I was only about 5 gates away. But my next flight was already boarding, so I didn’t have any time to rest after the run. I got home late, drove back from Charlotte late, and ended up being late for work the next morning, I think it was due to the burger at BK. My stomach wasn’t happy. Of course, it could have been all of the abuse my body took over the weekend. Not that it mattered, it was all worth it. I finally got to go to Disney World!