I’d always thought of Epcot as a ‘learning park’. I love museums and I love interactivity, but there wasn’t a whole lot at Epcot that I felt was a must do. Thankfully, though, we planned on spending a good chunk of our day at Epcot, and because the park was SO massive the lines weren’t bad at all. Plus the park was just amazing.

We arrived at the park’s rear entrance after walking around the Boardwalk area from our boat ride. I took over 700 photos in three days, and about a third of them were at Epcot. The park really was just that amazing. I could definitely go back and spend an entire day there just visiting countries and eating. Mmmmm…eating…

Wandering around World Showcase first, we then headed into Future World. As far as the first attraction I have photos of, I think we rode Mission: Space first. This ride was something I’d been looking forward to for a LONG time. But I was also kind of nervous as I really didn’t want to get sick and ruin my day knowing how intense this ride is. Still, the wait wasn’t very long so we headed in. 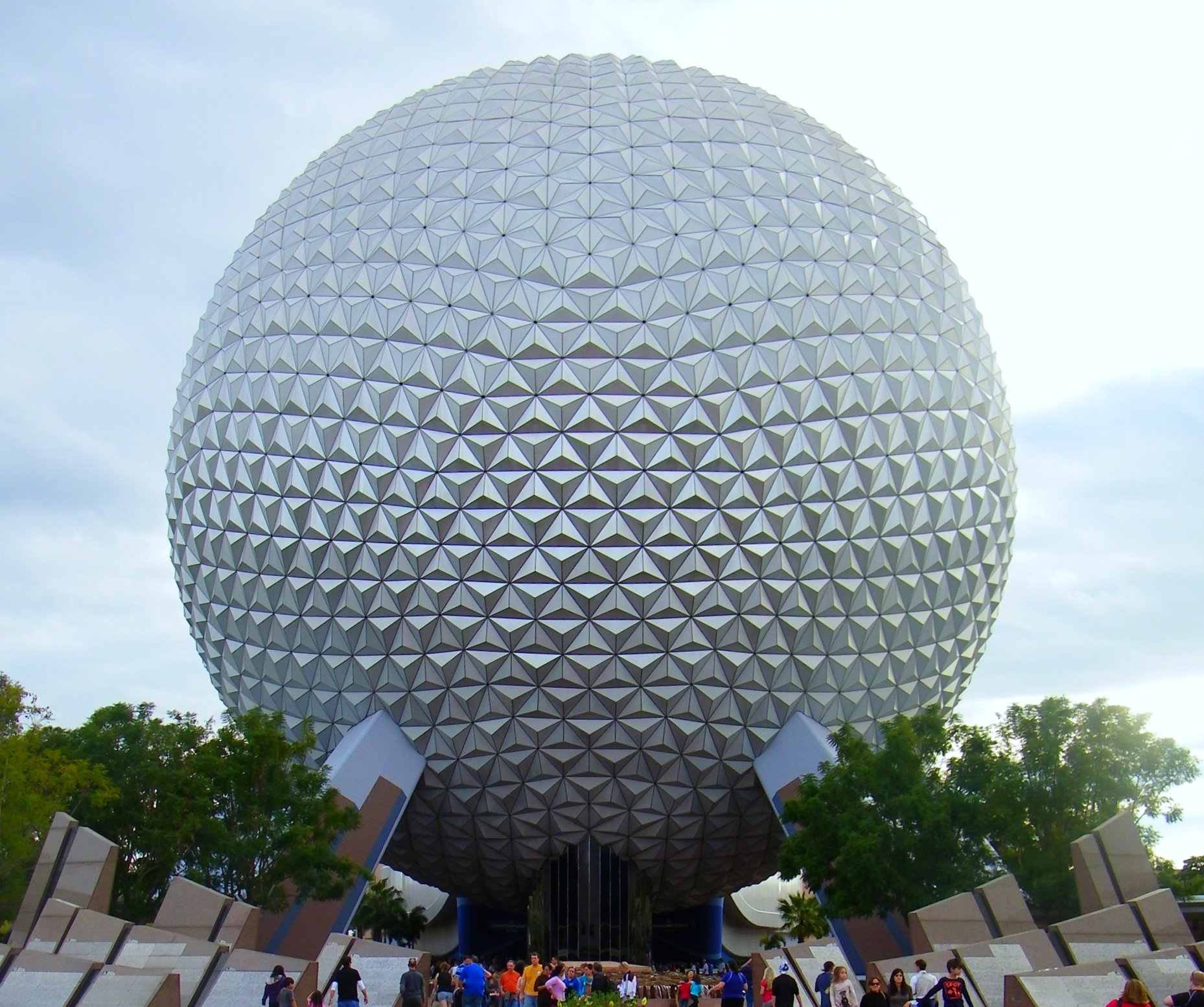 Mission: Space-I finally understand how the ride works now. I had it all wrong. I have to say, though, that this was a really fun ride. Its kind of claustrophobic, but a lot of fun. I loved pushing buttons and activating sounds and lights and what not. The pre-show for this one was better than Dinosaur, that’s for sure. As for the ride its self, you pull some major forces and the effects on screen were really well done. I couldn’t believe how intense the launch was. This was a great addition that fit in with being thrilling and educational and I’m glad I finally got to ride it. Now I kind of want to try the less intense version.

The interactive games at the exit area of Mission: Space were fun for a bit before heading out. Test Track was right there, but the line was rather long so we went and explored Future World a bit more, taking pictures of Spaceship Earth from the front of the park and what not. Since there was no line for Spaceship Earth we decided to ride that next. I have to say, it was really a lot of fun. I really enjoyed the soundtrack, especially when we were at the top of the sphere. It’s amazing what all they had in there. After Spaceship Earth we took more pictures and then finally TRONorail came by! I actually got a couple decent photos of it, too. Plus some nice panoramic shots.

The Seas with Nemo & Friends was where we headed next. Its a cute ride. Nemo was a great film, and it’s obvious that it was still pretty popular as he’s represented at most of the park. Anywho, Nemo was fun and very cute and I’m a dark ride fan. After we got off the ride we spent some time looking at the fish in the aquarium. Once outside, though, Matt and I got ice cream Mickey Mice. I love those things, but they tasted even better at Disney. 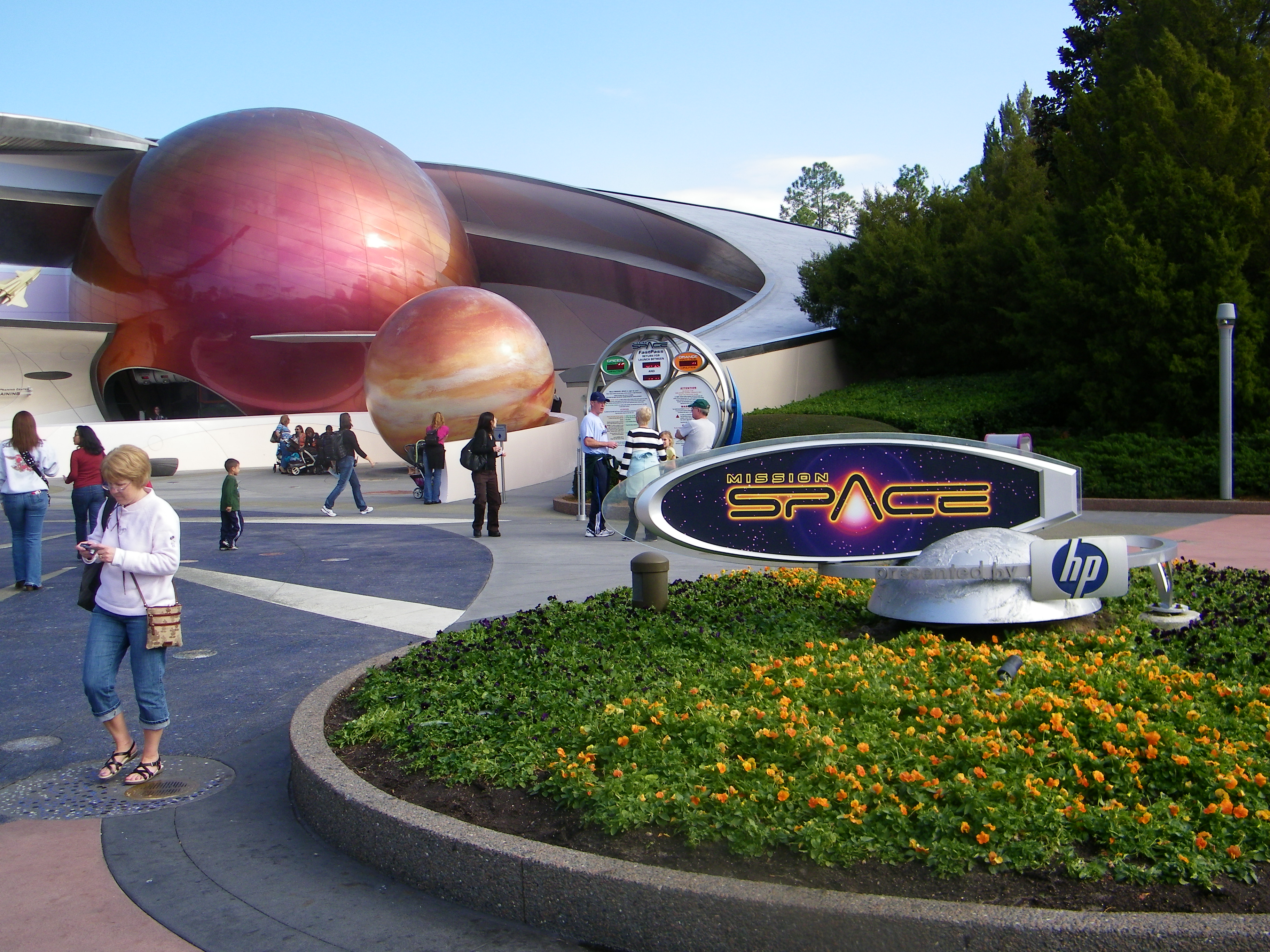 Next we headed over to see a legend who is no longer with us. Disney was still showing Captain EO. I thought this was a Speilburg film, but actually it was Francis Ford Coppola, with a writing credit given to George Lucas. I stepped on some people sitting on the floor in the very dark pre-show. Maybe you shouldn’t sit on the floor in front of the entrance when gigantic guys like me walk into the room, eh? Anywho, Captain EO was neat. Not all of the effects returned, I read, but the 3D was there. Sadly, 3D gives me a headache. Not sure if its from the Lazik or what, but I had to take the glasses off during parts of it. But seriously, only Disney could turn a music video into an attraction. I almost got one of the Captain EO shirts, and Matt was eyeing a Hooter stuffed animal. The Save The World song wasn’t bad, but I don’t think I’d ever heard the 2nd song, Another Part of Me. Classic MJ right there. And at least now I can say I saw EO.

And is it just me or did the trash people kind of look like BORG? And didn’t the trash queen remind you of the BORG Queen? And if you were a Trek Geek like me and have the book of concept photos for First Contact with pictures of what she was originally going to look like, you’d see that apparently someone that worked on First Contact had been inspired by Captain EO. Which might be why they had to change it, as some early drafts of the BORG Queen really looked like the Queen in EO. After that we headed to Test Track and got in the single rider line, which took about 20-30 minutes.

Test Track-It was a neat ride, but I was kind of disappointed. Heck, I took my brother’s Iroc past 100mph before once, and it wasn’t nearly as controlled as this. But going thru the test track was interesting. The seats were rather comfortable, and the acceleration test was kind of neat. I liked it, but it wasn’t quite as ‘thrilling’ as I’d expected. I liked it more as a dark ride, and in that, I thought it was unique. 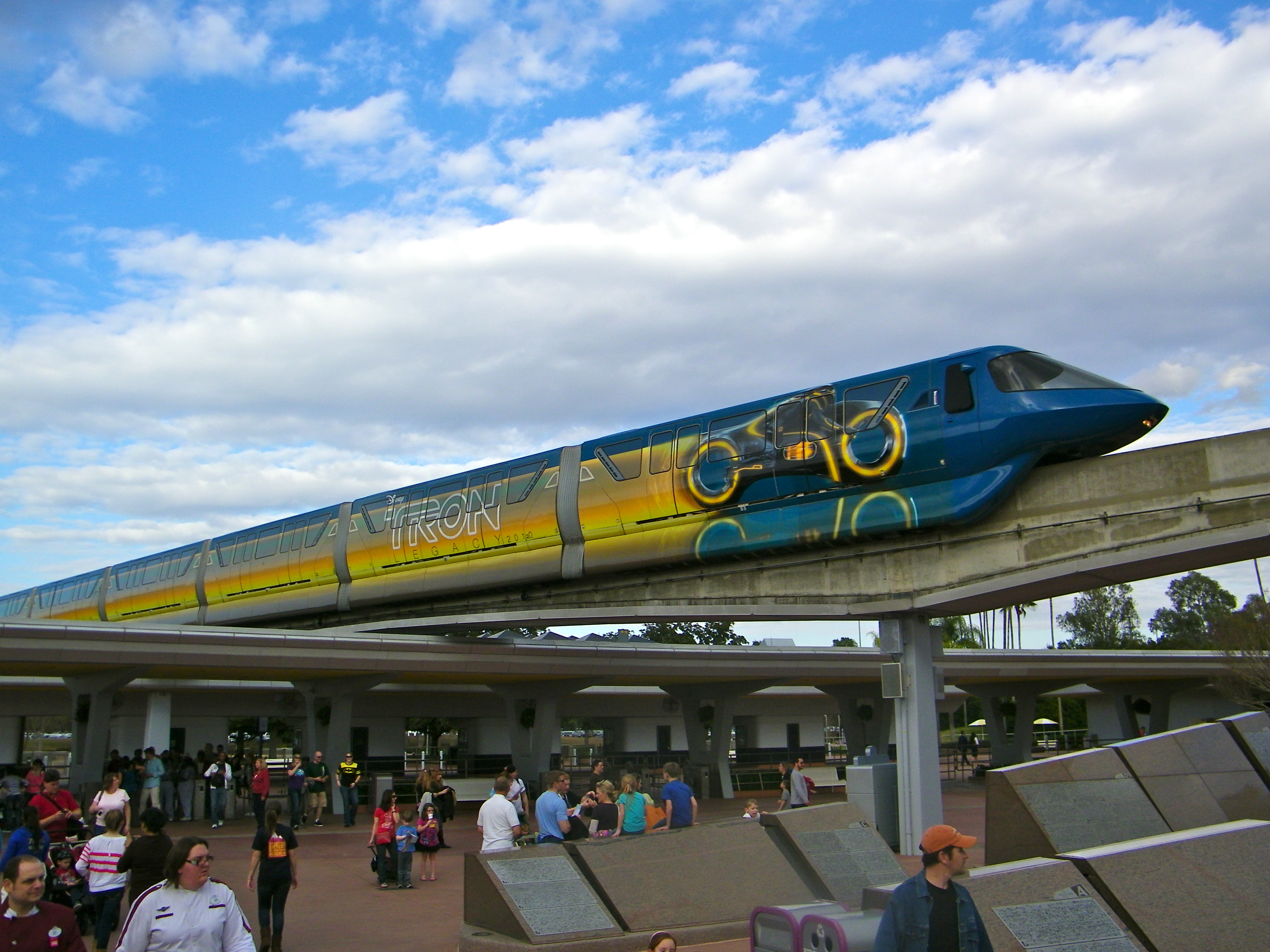 So once we were finished with all of the big stuff in Future World we headed back to World Showcase. It’s like being in a totally different park. Our first order of business was getting a frozen margarita. It ended up being stronger than I would have guessed. Even though my feet were killing me we walked around the entirity of World Showcase. I’d really like to spend more time there just visiting the pavilions, but we only visited a few. Canada was fun, I enjoyed the O Canada movie in Circlevision, even if there were no Mounties, and the operator swore they didn’t say ‘eh’ in Canada, although I know for a fact that’s a lie. Ever since the Vancouver Olympics, my desire to visit Canada had been growing. And this just made it worse.

We also rode the Maelstrom water ride, which was lots of fun. I’d wanted to ride it for years after seeing it in an old Disney promo video that they sent me. It did not disappoint, but dang was that line long. At 7:30 PM we had reservations at the Nine Dragons restaurant in the China Pavilion. The food was really good. I had a spicy cucumber salad as an app that was out of this world, and then I had steak and shrimp. The restaurant was beautiful and the staff was good. I also had a melon/cucmber drink with vodka (I think) in it that was especially good. Matt didn’t care for it. 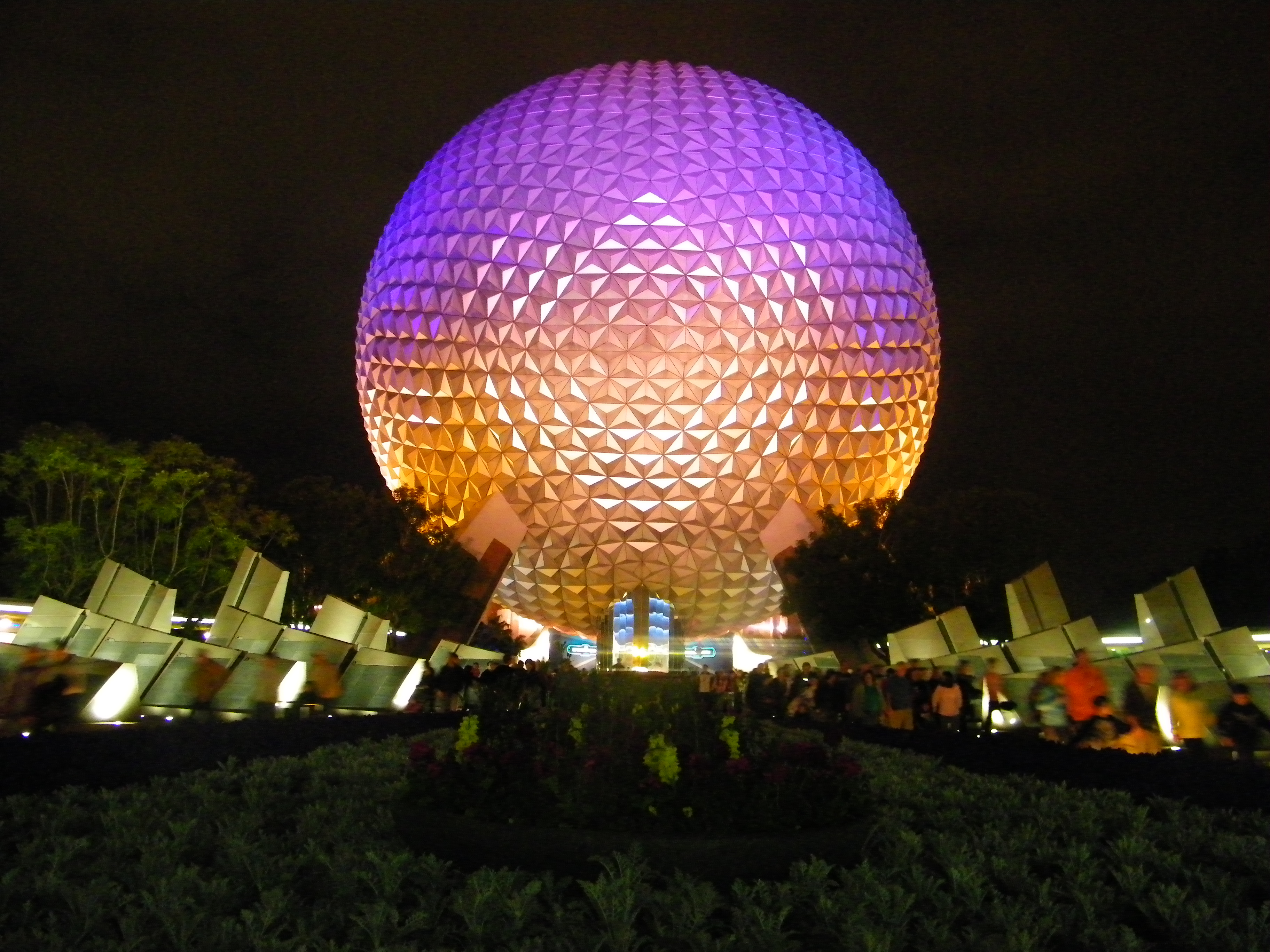 We toyed with riding the dark ride at the Mexican pavilion but didn’t because we wanted to watch Illuminations. We’d missed most of Wishes the nite before, but some people (cough*Josh Wozny*cough) claimed this was the better show, so Matt got another margarita and then we found a place to watch. The show was nice, but I wasn’t very blown away by it. I was amazed at the little bit of Wishes I saw, so I wanted to get back to watch that soon. Still, it was better than any regional theme park’s fireworks show that I’d seen.

Once Illuminations was over everyone was leaving the park. We arrived at the monorail station and waited for TRONorail to take us over to the Transportation hub so we could get back to Magic Kingdom for Extra Magic Hours till 2:00 AM. Would I make it that long? I was already tired and in pain