We arrived at the Studios early. I mean, way early. Well before the park let guests in. And Bill and Jill got there early too. The reason? Toy Story Midway Mania. Everyone said it’s one of the best, if not the best, ride ever built. Not only does it see 2 hours lines on slow days, but hour plus waits just to get a fastpass to ride later! We were prepared. Bill took our tickets and planned to rush to the fastpass dispensers, while we followed with the crowd and headed to the line. This worked out well for us because we were able to get fastpasses valid after 12:30, and were able to get in line right as they opened it for a 20 minute wait. Would Toy Story Mania be that great?

Well, before I go into that, I just want to say that on my only visit to Disneyland, Buzz Lightyear’s interactive dark ride had just opened and it was commanding lines and the same kind of hype. I opted out of riding since the line was so long the day I was there, yet people said it was the greatest thing ever. They said the same thing about Soarin’ over California, but I found that ride to be very meh. Would Toy Story live up to the hype?

Toy Story Midway Mania-This was the best interactive dark ride ever! It was so simple! Disney needs to build 2 more of these in the park just to handle the capacity (well, they’d eventually add another one to this park)! It was so much fun, and yet so simple! You shoot your cannon of darts, pies, etc. at stuff in 3D. It was way too much fun to describe, but it definitely did not disappoint. And everyone else thought so too, as when we exited the line the standby line was already 2 hours, less than 30 minutes after the park even opened, and the fast pass line was around an hour wait. That meant less people in line for everything else! 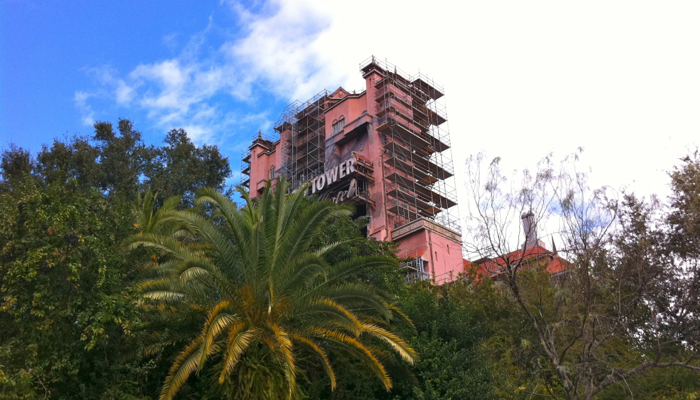 Rock ‘N’ Roller Coaster– So this was Vekoma’s version of the spaghetti bowl launched coaster. And like Flight of Fear, it’s indoors with lights and music. I loved the Premier versions, especially with lap bars. I ended up in the last seat of the train. I liked this layout even better than the Premier version. Sadly, it had over the shoulder restraints, but really it wasn’t a problem because the ride wasn’t rough. The launch was smooth, the layout was great, and there was no letup thru the entire course. That it also played Dude Looks Like a Lady in my ear was a bonus.

After Rock ‘n’ Roller Coaster my memory gets a little blurry, so I’ll describe what we did in the best fashion I can. We did end up at Tower of Terror, which had about a 40 minute wait, but that’s okay because the queue was really nice. Sadly there was a lot of scaffolding around the building, so no great photos. Tower of Terror is still one of my favorite rides. There are things I liked about the SoCal version better and things I like about the Florida version better. New to me was the 4th dimension section and random drop sequence. I love the airtime. We had fast passes, so we were able to ride this one twice before we left. 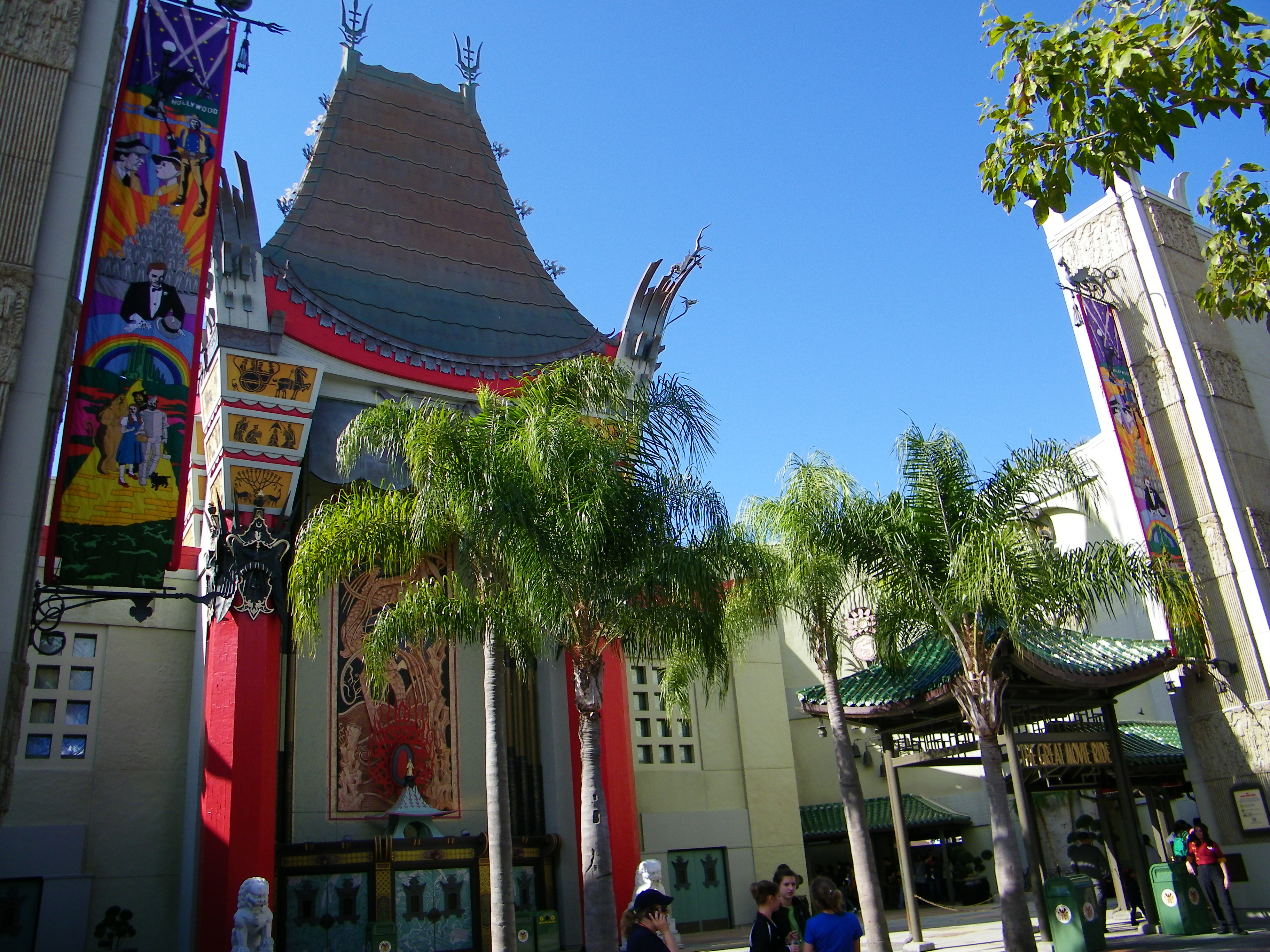 Heading around to the back of the park, we went to look around and get food. A girl at the American Idol auditions loved my Tron inspired hoodie and commented as we walked by. I wanted to ride the Tram tour which had a short wait, but we went and ate pizza first at Pizza Planet. The pizza was actually much better than I’d expected but, then, I hadn’t had any ‘bad’ food at Disney. We hopped over by the Star Tours area for some photos but the ride was closed, which we knew before hand. Not that it mattered, I wasn’t a huge fan of the Disneyland version. But the ride building here was much better  with a life sized AT-AT. They were doing some kind of Jedi kids show thing that looked cool as we passed.

Once our Fastpasses were good for Toy Story Midway Mania we rushed back over and rode again. I loved it just as much the 2nd time around. That ride just rocked! Then we rode the Studio Tour. I was really looking forward to this. When I did Universal Studios Hollywood version, it was one of the best things I did on the entire trip in 2005. I knew this ride wouldn’t be as great as that because there wasn’t as much at Disney Studios in terms of ‘backlot’, but this was one of the biggest disappointments ever. You see the little preshow, which wasn’t much in the cool weather, then head into a ‘prop’ house, then onto the tram. The tram didn’t show much.

A quick pass by animation and wardrobe, but no scenes like Universal Studios. Then the canyon scene, which was pretty cool, came and went. And after that, the tram tour was pretty much over. We did get to see the Lights! Motors! Action! Guys practice, though. I expected more from Disney. They shouldn’t have removed so many scenes and should have had a longer pre-show. Oh well. 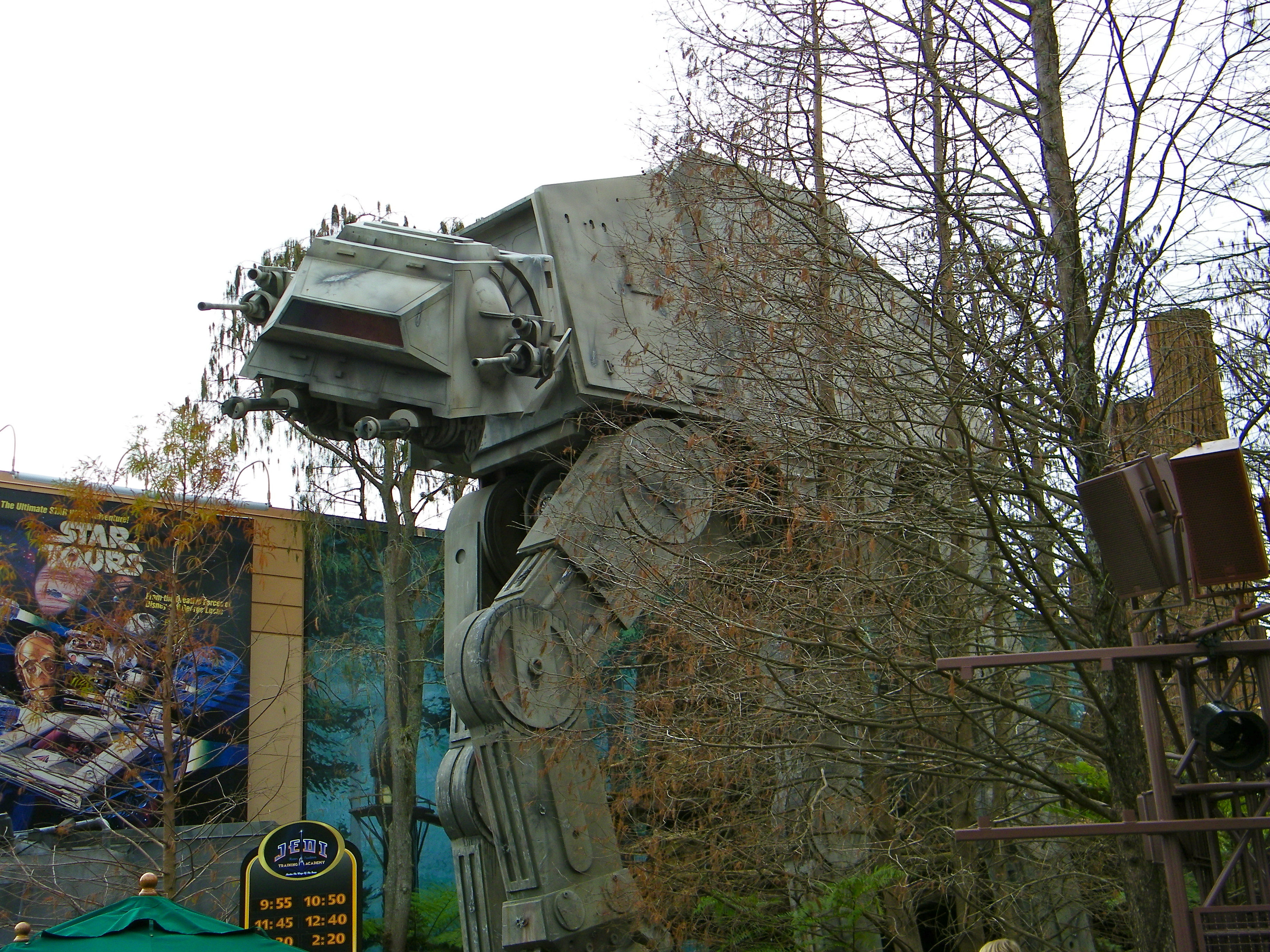 Matt said we needed to ride the Great Movie Ride, so we headed there next. There were 2 annoying women who took our seats so we had to wait for the next tram to arrive. This was a decent ride and our tour guide was from Cool Ridge, WV, not far from home. But during the ‘Bugsy’ scene, the actress playing Bugsy wasn’t that great. The scenes were really cool, though.

Once we were done we headed out. Matt and I were going to Epcot and Bill & Jill were heading back home. We said our goodbyes and Matt and I hopped a boat to Epcot. We ended up getting off at the Swan and Dolphin area so we could walk around and thru the Boardwalk, which was very nice. I wouldn’t mind spending an evening there.