In the thirty years I’d been alive, I’d never ‘really’ been to Disney World. I’d been to Florida a couple of times, and even went to Downtown Disney once. I had been to Disneyland in 2005, which was my first Disney park experience. I’d tried to fit Disney World in on so many occasions, so many different ways, but finally I was talked into a 3 day weekend to at least get there and try it out.

On Saturday morning January 15, 2011 I flew out of Charlotte with a layover in Atlanta, where I met up with a former co-worker who was going to Disney with her family as well. Then around 11:00 AM, my plane touched down in Orlando. Matt, who’d made all of the plans and reservations, was already there and on his way to Animal Kingdom to meet up with Bill & Jill. Since he had our packet of information, I had to wait in a long line just to get the ticket to ride the free Magical Express bus. I was hot and sweaty. Yeah, I wasn’t in the best of moods, but, hey! I was going to Disney World!

Once I got my ticket the wait for a bus wasn’t very long at all, and the bus was nice and air-conditioned. I didn’t have much in the way of luggage, just 2 small overnight bags. I arrived at the Coronado Springs Resort in the early afternoon to find a very pleasant resort that I was almost sad I wouldn’t get to enjoy as most of my time would be spent at the parks. The resort had a beautiful lake situated in the middle of it. I rushed into the gift shop to buy necessities (a tooth brush, mouth wash, Speed Stick, and of course, Mouse Ears!) and headed to the Concierge desk to pick up my room key/ticket and information. 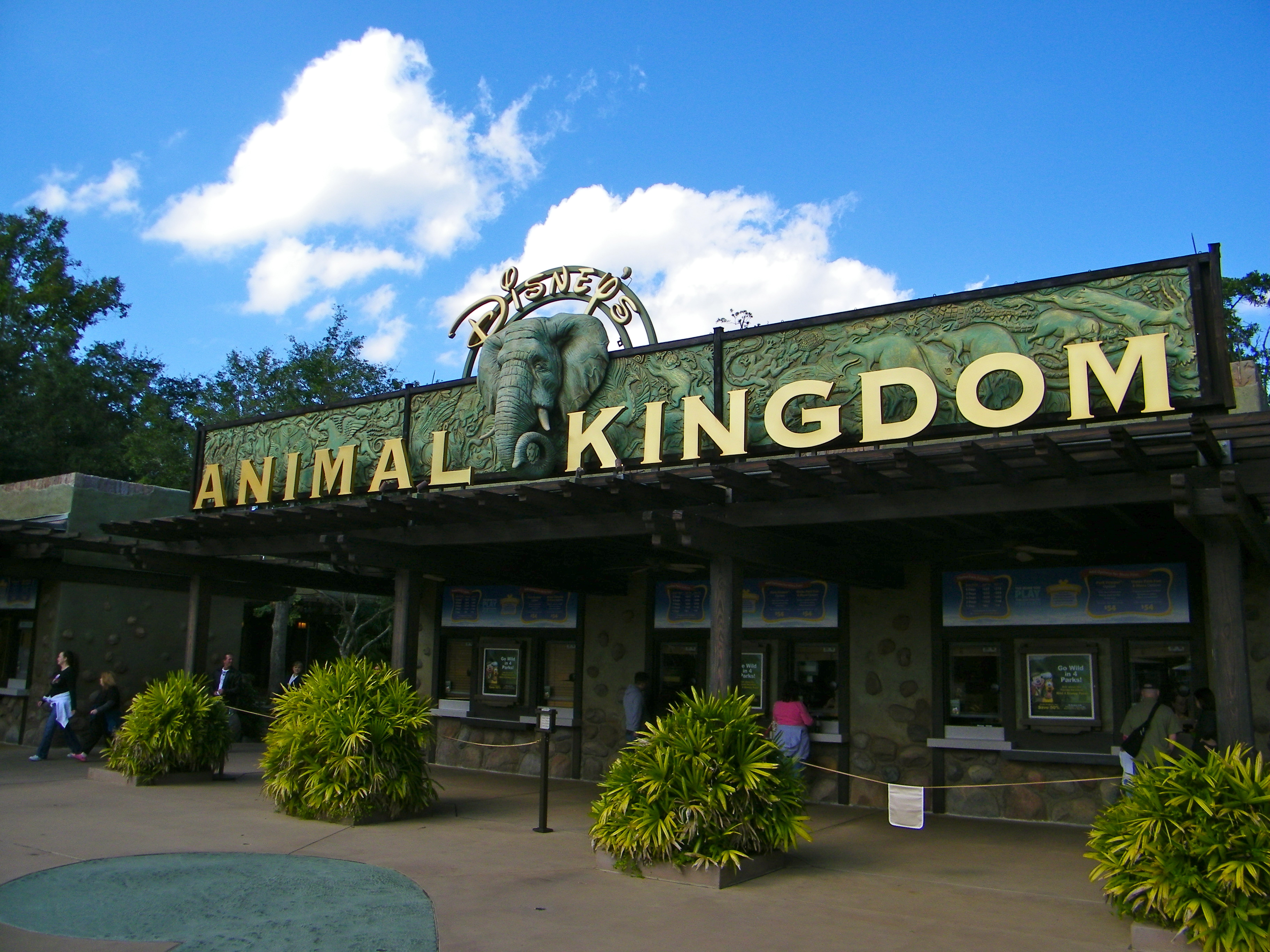 After dropping my 2 small bags off at the luggage claim I headed to another bus over to Disney’s Animal Kingdom with my phone, Mouse Ears, and camera. Matt, Bill, and Jill were in line for Everest, so once I walked into the beautiful park, I headed to the Dinoland area to wait for them. I took the time to get some decent pano shots on my iPhone and some decent photos from my point & shoot. After a few minutes I ran into the gang. I needed to eat, so we headed to the awesomely named Restauranosaurus. The line was quite long, but the food, as per usual with Disney Counter Service, wasn’t bad at all. I had a vegetarian sub thing, and it was good. We headed immediately to the right once we finished eating and rode one side of Primeval Whirl. Both sides were running, but the line was a good 20-30 minutes. Man, does that thing eat people.

Primeval Whirl (left)–My first coaster of the year, and I was more concerned with getting sick on a spinny ride after eating. The theming was fun, but we didn’t really get much in the way of spinning on the ride. It’s a standard spinning mouse plopped in the middle of a Disney Park, with some decently fun theming thrown in for good measure. Not the greatest, but still, better than the regular fair model.

We had planned to come back to Animal Kingdom on Monday morning for Extra Magic Hours, so the only other thing we really planned on doing at this point was Expedition Everest. Animal Kingdom was a beautiful park with animals and beautiful plants everywhere. We saw a large crock with his mouth open on display in the dino themed area, so I got a picture before heading back to the Asia section. The park was so immersive; I could definitely spend a day there. We made it back to Everest, where I took some pictures before heading into the hour long line. 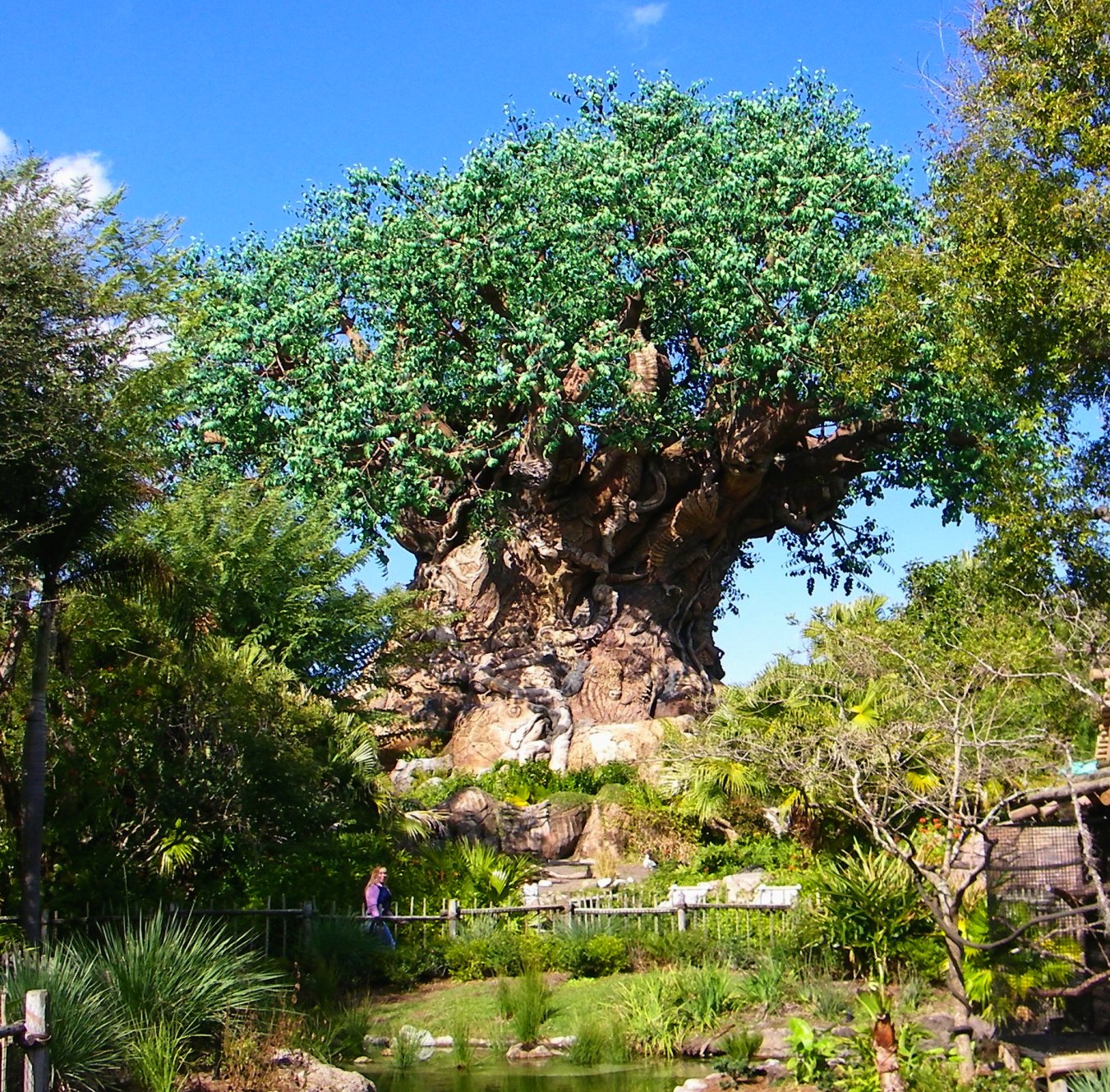 Expedition Everest–This was much better than I’d expected. I hated that there was no steam coming out of the floor when the train arrived (we saw the steam vents, marked, though, so I know it can still do it). Once we were in the last row, the ride decided not to work for a bit. There was a slight delay, but I’d rather be delayed in a Disney park than anywhere else, I guess. Once we were off, the fun started. The pre-lift section was quite fun and reminded me of Big Thunder. The lift was neat going thru the Yeti shrine, and the section on top of the mountain was great, but I wish I’d have kept my camera out. I was surprised at how much I enjoyed the backwards section, even if it was mostly just a big helix in the dark. But the rest of the ride was really a lot of fun. I kept thinking it would be over soon, but it just kept going. Everest was a great ride with great theming. Sadly, the Yeti wasn’t working, and I wish they’d get that fixed as I think it could definitely add to the ride, but otherwise, I’d call this one a winner.

We finished and toyed with another ride but opted out. The trio had picked up fastpasses for Dinosaur before I got to the park so we headed over there next. It really reminded me of the Jurassic Park section in a park just up the road. That’s a good thing. The wait with Fastpass wasn’t very long and before we knew it, we were in the pre-show.

Dinosaur-The preshow movies were kind of corny, but the ride itself was fun. I much prefer the Indy ride at Disneyland, but this was definitely a great use of the technology. I was kind of anxious to see how we’d make it back ‘in time’. I would have liked to have seen more popular dinos inserted, but it was still a lot of fun, and since every kid loved dinosaurs, any time I get to do something like this, I feel like a kid again.

There was a ton of stuff I’d have liked to have done at Animal Kingdom, but we had plans to come back on Monday when maybe it wasn’t so crowded, so we headed off to the parking lot to hitch a ride to Magic Kingdom instead.