We left Six Flags on our way in to the city. I hadn’t been to Boston in 16 years, and Matt had never been, so we really didn’t have a plan. Matt said he just wanted to ride by Fenway Park, and to drive thru the Big Dig. When he said Fenway, I remembered that the Red Sox were playing the White Sox, so I got on my phone and looked up how much tickets were. Nothing online was available, so I tried to call, and the park has an automated system that you talk to and it wasn’t working correctly, which lead to me screaming “FENWAY PARK!!!” over and over again before giving up.

We got into Boston and drove by Fenway as the game was starting. Parking near the park was expensive, so we decided to try and park around Faneuil Hall instead. Matt got his wish of driving thru the Big Dig before we got over to the marketplace area and found a parking garage that ended up being just as expensive as if we had parked at Fenway, but oh well.

After leaving the garage, we headed over to the Greenway so that Matt could get a good look at the Bunker Hill Memorial Bridge. We walked towards it and took pictures before finding a subway stop. Yay! New subway credit! We asked which line to take to Fenway and were told Green line, D train, though after waiting forever, we found out that we could go on C or B trains too. The trains on the side we took were small, but nice. 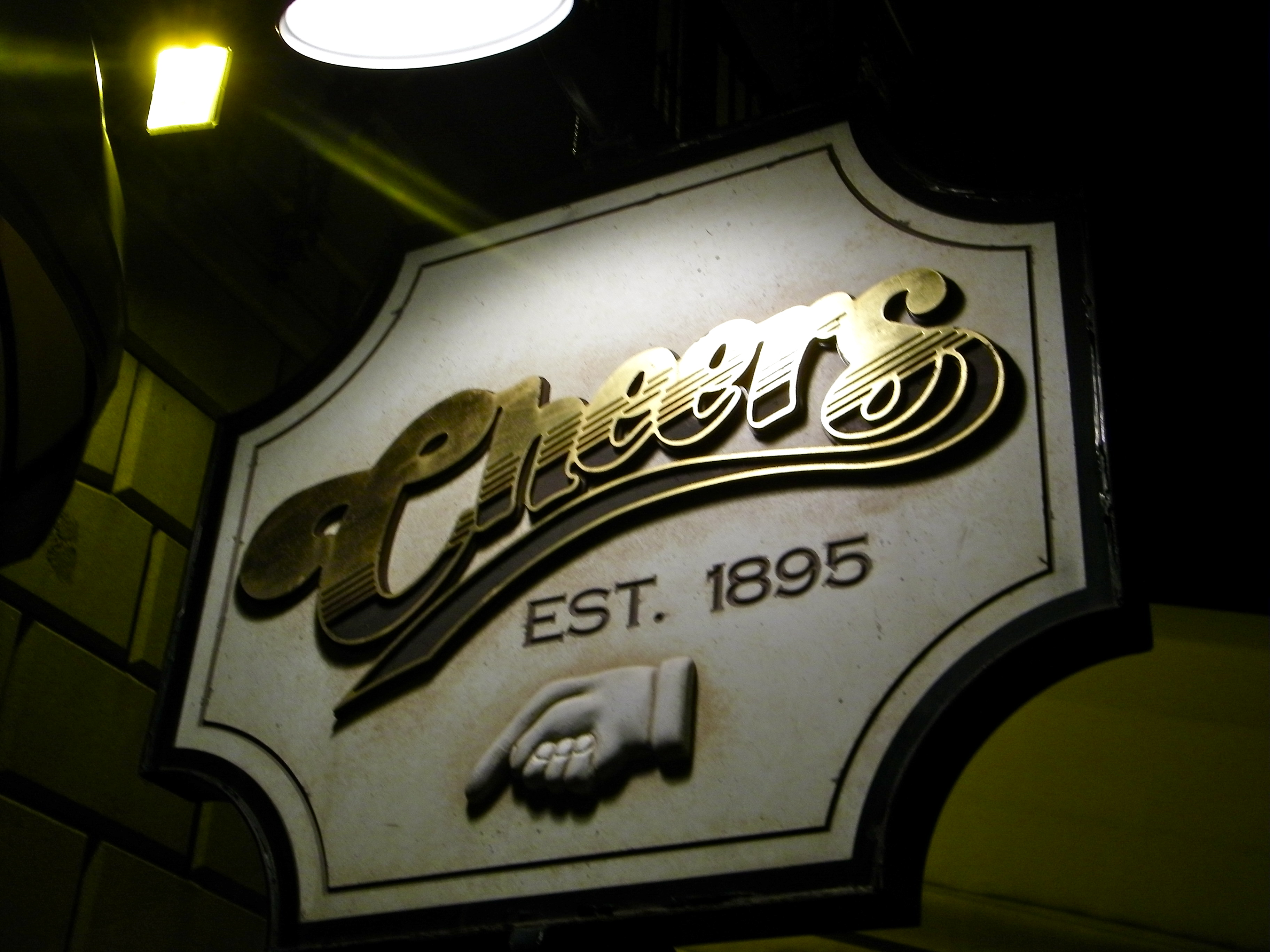 We headed over towards Fenway after getting to our stop. The area was really busy. We couldn’t figure out where to try and get tickets and all of the scalpers were only selling singles. I heard one say the game was sold out, but we finally found a ticket booth and it was not. However, they only had single seats, with the cheapest being around $50.

Neither of us wanted to pay that and not get to sit together, so we walked around outside Fenway for a bit before deciding to go to the Bull & Finch Pub, the bar that stood in for the outdoor shots of Cheers! and has since been renamed Cheers Beacon Hill. It was a LONG walk, but we got to see some of the neighborhood around Beacon Hill. We headed down to the bar, and they ended up seating us upstairs in the ‘Set bar’ area, set to look like the TV show. I would have preferred downstairs, though.

We ordered drinks and burgers and sat around for a bit. When it was time to leave we asked how to get to the nearest subway stop. We walked by the Boston Public Garden at nite, so sadly we didn’t see much. Then we took a train back down towards the truck but the final stop was still 2 stops away from ours, so we had a bit of a walk. Once we arrived at the garage Matt said he wanted me to drive him over the bridge we had seen, so we did. The GPS lead us thru Cambridge and we drove by MIT. We headed back around thru the city, and the drive back to Connecticut was over quickly. I fell asleep much quicker on Saturday nite than I did on Friday. Sunday we had plans for 2 parks and some driving, so I had to rest up.