Working in local government I had Good Friday 2010 off with pay. I had company coming and so I had to clean house. But I also needed to get to Charlotte because I had 2 major things to accomplish. After Time Warner came over to hook my 2nd cable box up, I left.

I arrived at South Park Mall in Charlotte around 4ish and headed to the Apple Store. As I walked thru, an attractive young woman was standing by with an Apple shirt on and I said “You look like you’re just waiting to help someone”. I told her I wanted the 500gb 21’ iMac and in less than 15 minutes I was walking out with one as well as a cover and dock for my iPhone and a MobileMe subscription.

Then I headed to destination #2. It didn’t take long to go in and get my Gold Pass at Carowinds and after parking in the season pass lot, which was almost full, I headed to Intimidator. Thank goodness for single rider lines. The wait in the single rider line was about 10-15 minutes. I was assigned to row 11 or 12 when my turn to ride came. The crew hustled. The park was mildly busy and the stand by line was about a 45 minute wait. Three trains were running. I sat down and soon we were off. 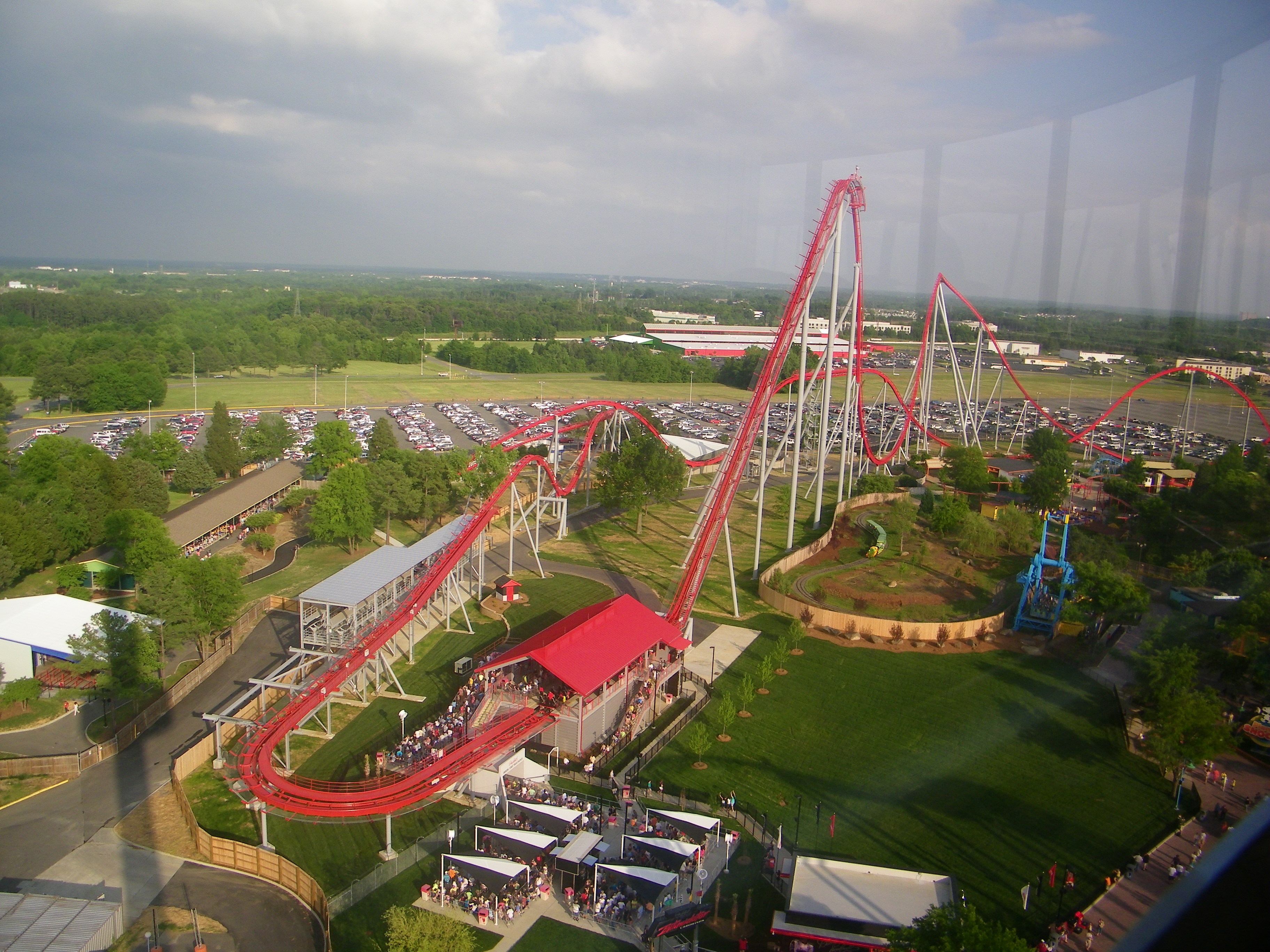 Intimidator– The lift was very quick and the first drop was pretty awesome. The 2nd hill had the usual B&M floaty airtime goodness. So did the 3rd hill. I liked the twisty hammerhead turnaround, that was fun. The next 2 hills, again, had nice sustained floater air. You hit the MCBR, but not hard. You kind of just roll smoothly thru. The helix was next and the drop off the MCBR into the helix was nice. After that you pop up into the brake run and thats it. Intimidator was smooth, fast, and fun. I prefer it to Apollo’s Chariot, but Goliath at Six Flags over Georgia was still the better.

I toyed with riding Afterburn, but really wanted to try the new Boo Blasters dark ride, a complete retheme of the former Scooby Doo dark ride. The line for this one was close to 30 minutes. I thought of Andy Wong just before I got on as I had a lime green colored slushy (the same color that I’d had years prior when I projectile vomited it all over the front row of Vortex with Andy beside me). It was a nasty flavor though, sour Apple, which I normally like, but this had a bitter taste and was too sugary. There went $7 down the drain. 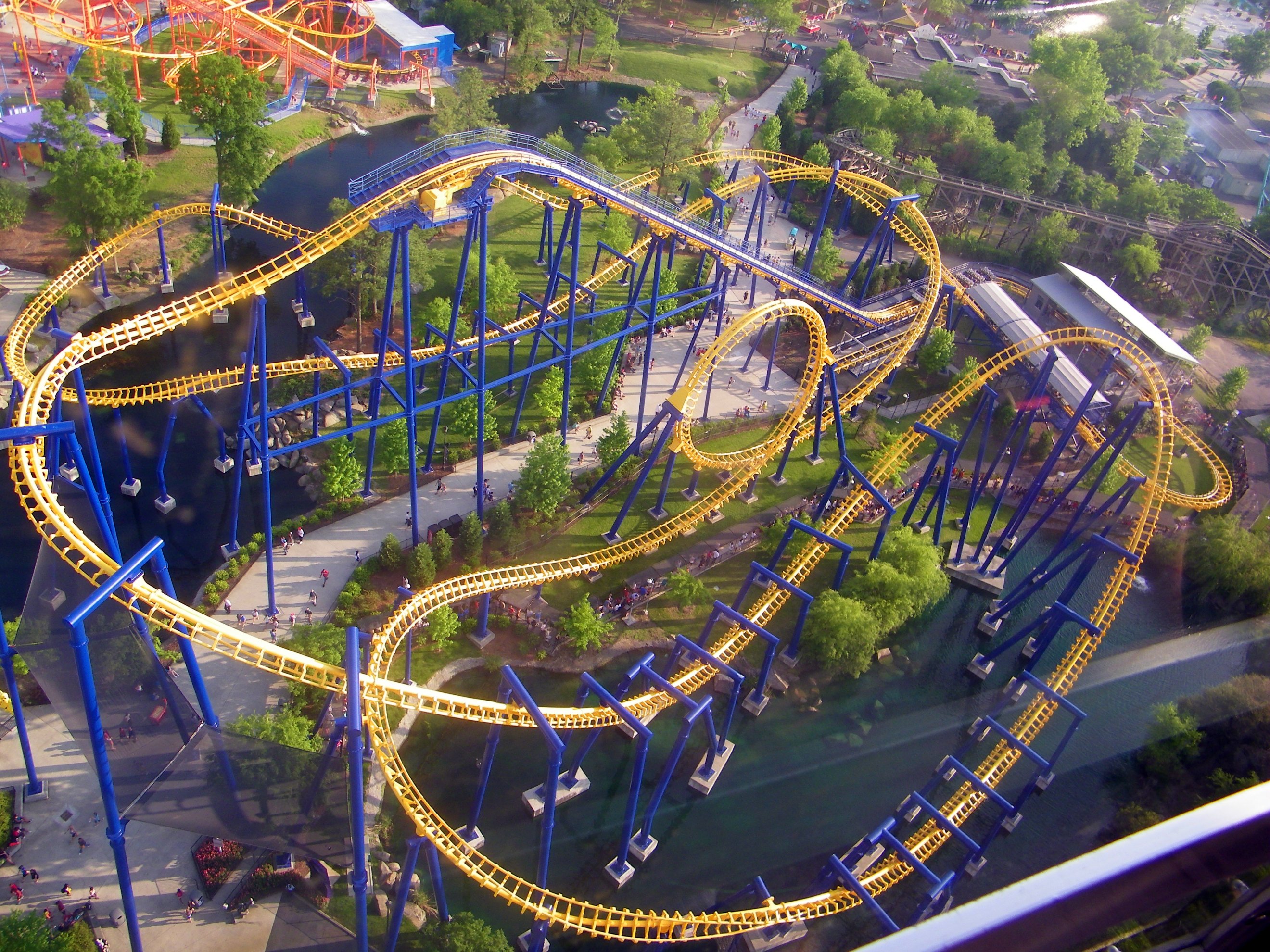 Boo Blasters on Boo Hill-This was a nice transformation. You’d never know Scooby was ever there. The effects were nice, including the face in the mist. There were some scares. And I’m SO GLAD they fixed the end of the ride. It all flowed well and I got about 1600 points. The kids in the back of the vehicle, though, got on my nerves.

I didn’t really feel like doing much else, so I headed home so I could set up my new iMac and to get a cheap desk. I didn’t take a single picture at the park and had to take some a few weeks later when I went back for night rides.