I woke up later than Larry and Jon on Wednesday morning. They had headed to Caesars Palace and met up with Corey and Nathan as I slept in. Once I finally did get up I called Larry’s phone to see where they were and made plans to meet up. After getting up, taking my shower and getting ready I headed out by myself. Caesars wasn’t a terribly long walk so I took the tram to Excalibur and headed thru New York, New York, toying with the idea of riding The Roller Coaster, then opting out of it. I stopped at CVS for a bottle of water and then headed to Caesars Palace.

Once inside it took a while to find the guys. I did get a decent glimpse of the Forum Shops, though, which were very nice. Once we met up we headed down the strip, once again stopping at Bellagio’s shops and then to Planet Hollywood to eat. The Spice Market Buffet was voted the best buffet in Las Vegas for 2007 and had got nothing but rave reviews so I was excited to try it out. It lived up to the hype for sure. The food was great. There was plenty of sea food, plenty of Middle Eastern & Mediterranean inspired foods, Asian food, and more. We sat at our table after we finished eating and talked for quite some time and talked.

After we left we walked thru the Miracle Mile Shops at Planet Hollywood. This was quite large with modern shops and plenty to do. We did some window shopping, hit up a few stores, and eventually made our way to Sharper Image, where a few of us tried out some of the massage chairs. Once I was finished, Jon and I decided to head down the mall, he was going to a shoe store and I needed a bathroom break. I was supposed to meet Jon at the shoe store but I couldn’t find it, so I sat for a while in the mall hoping someone would walk by as my phone had died at that point, Jon didn’t have his, and I don’t know Larry’s number by memory. 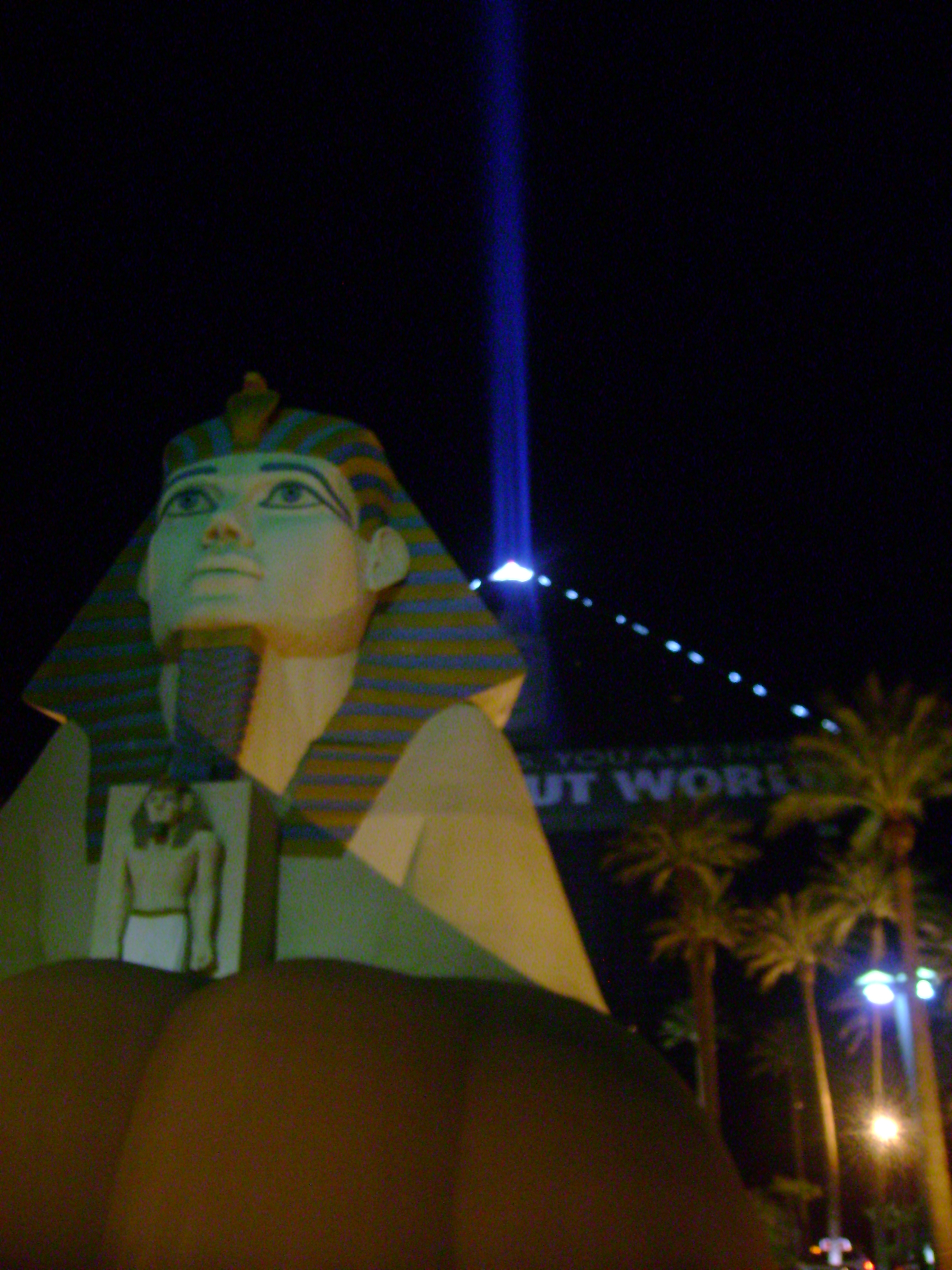 Eventually I walked back to Sharper Image, but no one was there. I walked around, finally finding the shoe store Jon had went to, but it was too late and he’d left. So, aggravated, I decided I’d go back to the room and call Larry from there. I walked down the strip by myself towards our Hotel. But once I got to the MGM Grand I had actually caught up to Larry, Corey, and Nathan. Jon hadn’t found them either. Larry and I headed to our room and waited for Jon as we freshened up a bit. This was our evening to go to Red Square, so I had to get my cloths ready and pressed. Jon finally arrived having sat for a bit at Sin City Brewery in the Miracle Mile Shops waiting to see if we walked by. I must have just missed him.

The three of us put on our nice cloths and headed over to Mandalay Bay, just on the other side of Luxor. This was my first time in there. We headed to the shops area where Red Square was, made sure we could add 2 more to our reservation while Jon got his shoes shined, and then we went to the House of Blues for a pre-dinner drink. Our bar tender was really cool, even if she didn’t have what we wanted to drink. Once we finished we headed back to Red Square to inquire about their bottle service in the ice cooler, which started out at $200 a bottle for up to so many people, but this far into the week I really didn’t have that kind of cash that I wanted to part with, so I opted out. Soon after, Corey, Nathan, Jamie, and Holly arrived and we were seated.

Red Square is Russian themed restaurant. It took a while to order and get service, and the staff isn’t too overly friendly, which kept with the Russian theme, although some of them did ‘break character’ with us just a bit. But the service was good and food was good. We all ordered drinks first, and I was told to have a Chernobyl, a Vodka drink that was really smooth. 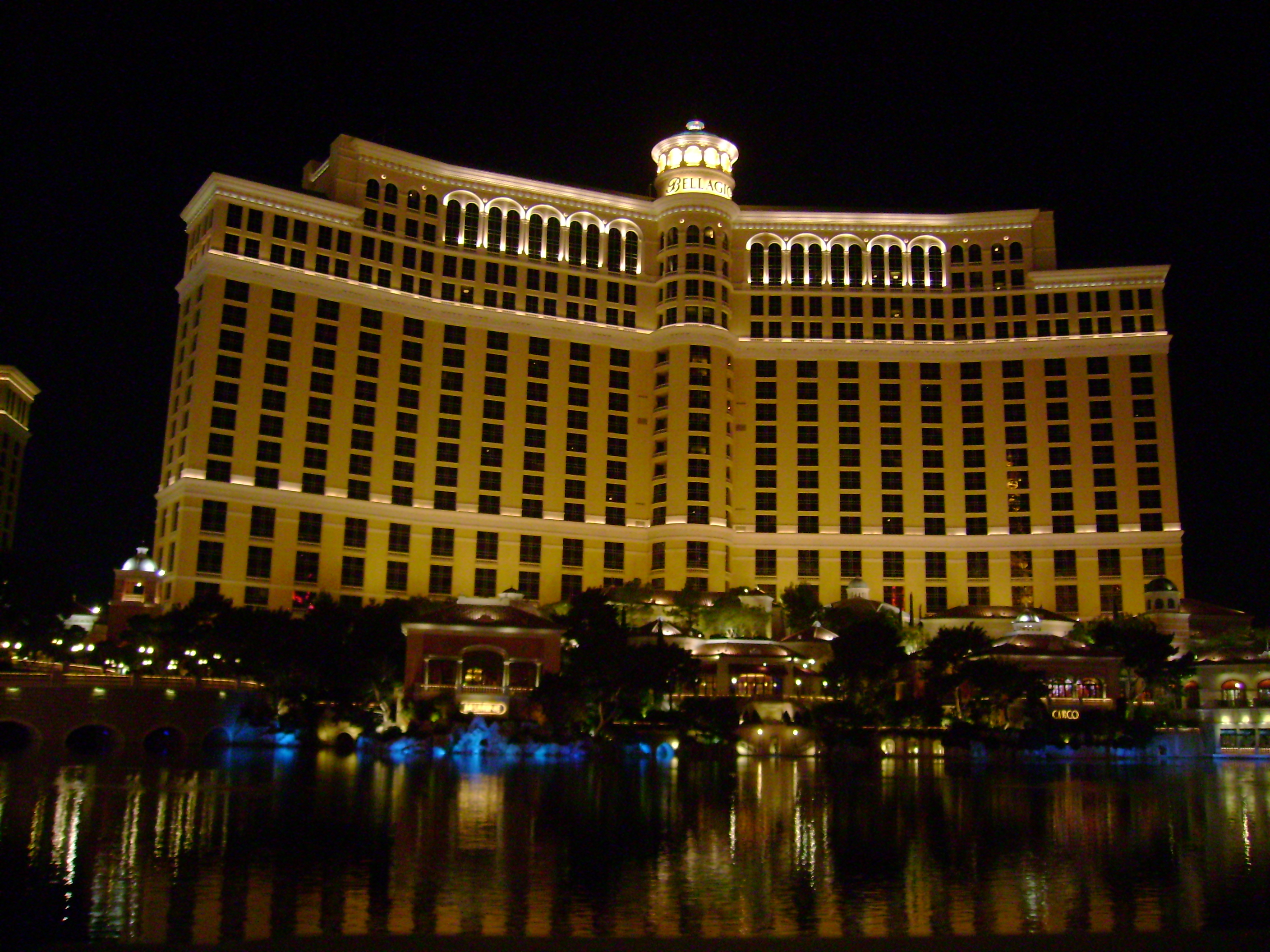 For dinner Jon got the Chef’s Plate which was a 5 course meal, while I opted for a salmon dish as I wasn’t extremely hungry. I typically never order fish, so I was being adventurous. After a while they brought the bread out, which consisted of fresh pretzel twists, olive rolls, and more. All was very good. Then Jon’s food began to come in, the first being 3 separate types of caviar. Next up was some sort of tortilla chip with salmon tar-tar and caviar, so Jon let Holly and I try them. First experience with caviar, and it was not so bad. Next up our main courses came out. My Salmon had caviar and a quail egg atop a puff pastry. The food was really good. I don’t think a few people at the table appreciated it as much, nor did they realize what they had gotten themselves into when our bill finally arrived at $509 total.

After dinner we goofed off out front taking pictures with the Lenin statue, and then headed outside. We took pictures with Corey, Nathan, Jamie, and Holly on the walkway over towards NY, NY for a bit before we all went our separate ways, Corey and Nathan having to catch their flight early in the morning. I tried to get Larry and Jon to go ride The Roller Coaster at NY, NY again, but Larry wanted to go back and crash. Jon and I were ready to go back out, so we went back to the room, quickly freshened up, and then headed out again catching the Deuce down to Fremont Street.

By the time we arrived, it was quite late and the Fremont Street Experience was done for the evening, we’d just missed the last showing. We went into the Golden Nugget to search for the huge golden nugget. Then we went to Mermaids, but they were closed. Fremont Street was fairly empty so we just walked around and went into different casinos before heading to the Golden Gate for some $1.99 Shrimp Cocktail and dessert. We took the Deuce back, made a quick stop along the way, and then eventually headed back to the room with only one full day left in Vegas.