Sleep is wonderful when you’re exhausted. Even with the exhaustion, we pressed on Sunday and actually got a lot accomplished. Jon was so out of it, though, that it took till Monday for him to really get a feel for Vegas. He woke up early and got ready and I heard him go out the door just as I really woke up. Since Larry was still sleeping I decided I’d take my shower, get ready, and go have breakfast in the hotel. It was 7:30 AM and even though I’m not a morning person I was still on EST, so it was really 10:30 AM to my body. One great thing about Vegas is that because it is so dry, when you take a shower  when you step out, all of the humidity has dried up and you dry off quick.

I headed down to the Luxor’s 24 hour diner for some breakfast. The food was great, and in large portions, but I spent way too much for breakfast and got way too much food. For once in my life, I left a lot that I didn’t finish. I even had coffee this morning, which was very rare for me. Once I finished with breakfast I walked thru the casino and watched the early morning gamblers. I was sitting in a rather out of the way place when a guy walked by and looked at me like he knew me before walking off. It took both of us a second to realize who the other was, as I yelled at Jon as he was walking away.

We hung out watching roulette for a bit before we headed back to the room. Larry had finally got up but he had different plans. We were going to hit up Star Trek: The Experience, but Larry decided to sit it out. First we walked over to New York, New York with plans to ride The Roller Coaster, but upon arrival we saw it did not open until 11 AM and it was only 9:30. I never did get to ride it on that trip, but oh well. So we headed across the street ready for the ginormous trek thru the MGM Grand yet again to the monorail. After arriving at the Hilton we were greeted with a closed attraction. How come nothing opens up before 11 AM but gambling and restaurants in Las Vegas?!? Anyways, we walked thru the space themed casino, walked thru the Hilton Shops, walked thru the main casino, and then headed to the bar at the space themed casino for a drink before opening. Then promptly at 11 AM they opened the shops at Star Trek. The attractions opened at 11:30, with the first ride at noon. 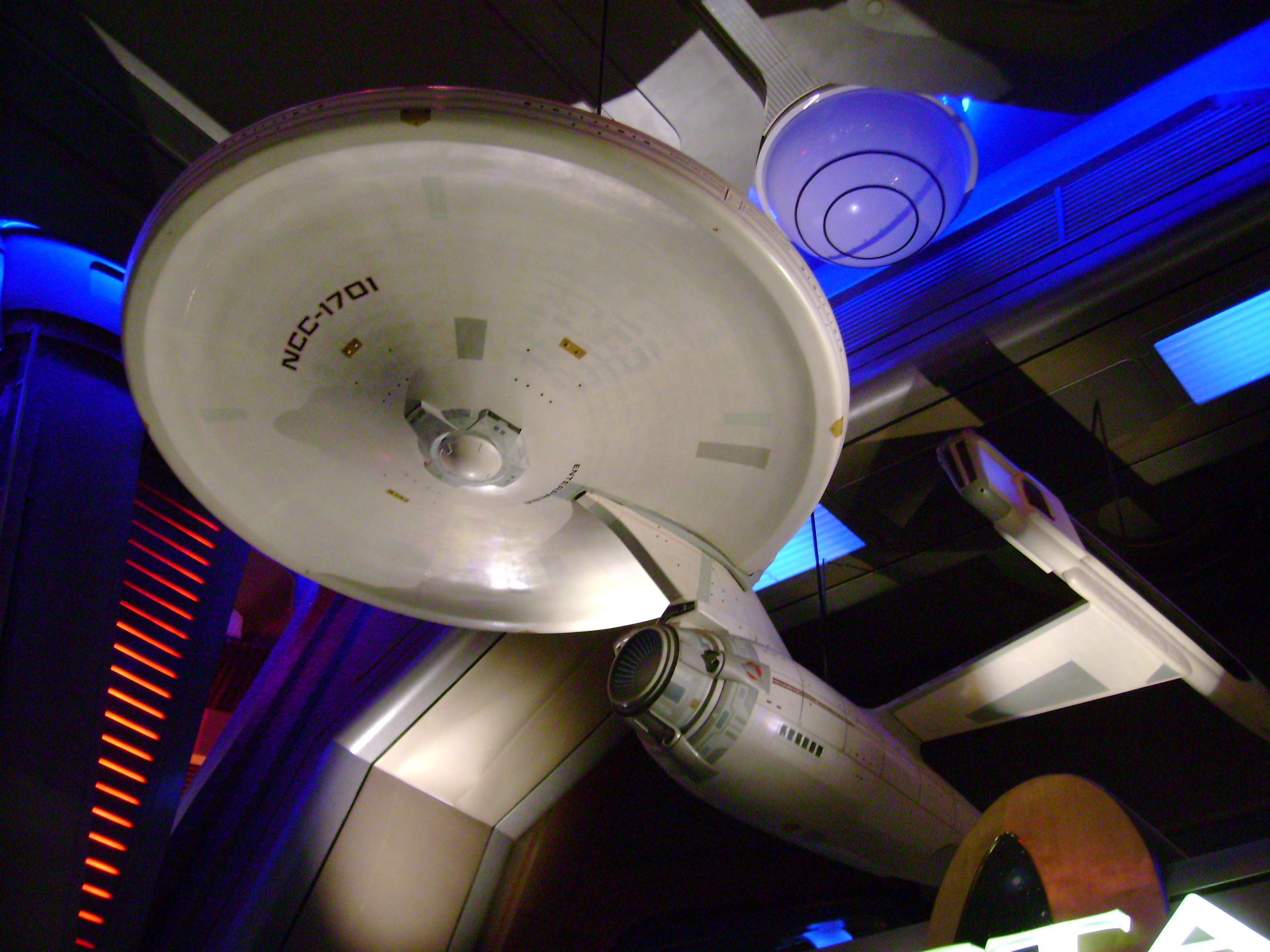 We walked through the promenade for a bit and looked at stuff we wanted to buy. Once it got close to the time for the rides to open we hopped in line to purchase tickets. As we had been sitting at the bar, we saw a guy in a ball cap and Star Fleet Uniform shirt. Jon and I debated whether he was an employee or just obsessed fan. I said obsessed fan, and ended up being right. Once we purchased our ride tickets we walked thru the museum. I forget that Jon hadn’t seen this before, and got bored quick as I’d went through it 2 years prior, so I ended up taking lots of pictures of the ships and props and what not. As we the line for the rides I told Jon we need to ride the original Klingon Encounter first because it was going to blow him away. In line we were talking to people who hadn’t done it before but were huge fans, and I told them they couldn’t imagine what they were going into. This was by far the best immersive themed attraction I’d ever done.

In line the obsessed fan dressed in his uniform shook my hand when I said that I plan on doing this every trip to Vegas and that this was my 2nd time. This was his 9th time. He was very nice as well. Normally I avoid other Trekkies & Trekkers, but some are nice and not too weird. We made our way in to the pre-show room, being the first group of the day.

Once we were led into the pre-show ‘line’ I knew what to expect so I was intently looking around at the room we were in, knowing it would all change momentarily. The guy that we had this time wasn’t nearly as good of an actor as the 2 ladies we had the first time I did this, but he was adequate. He was kind of obvious about some things, though. So the faux video starts as you’re ‘in line’ to head into one of the doors before you. Then the power goes off, the lights go out, and we’re transported onto the Enterprise. I noticed that it didn’t seem like the entire transporter effect was working. It was still a cool effect, though, and the newbies really enjoyed it. Once we were safely aboard the Enterprise D, things started rolling. Jon was thoroughly impressed. A Starfleet officer led us to the bridge while briefing us on what was going on. 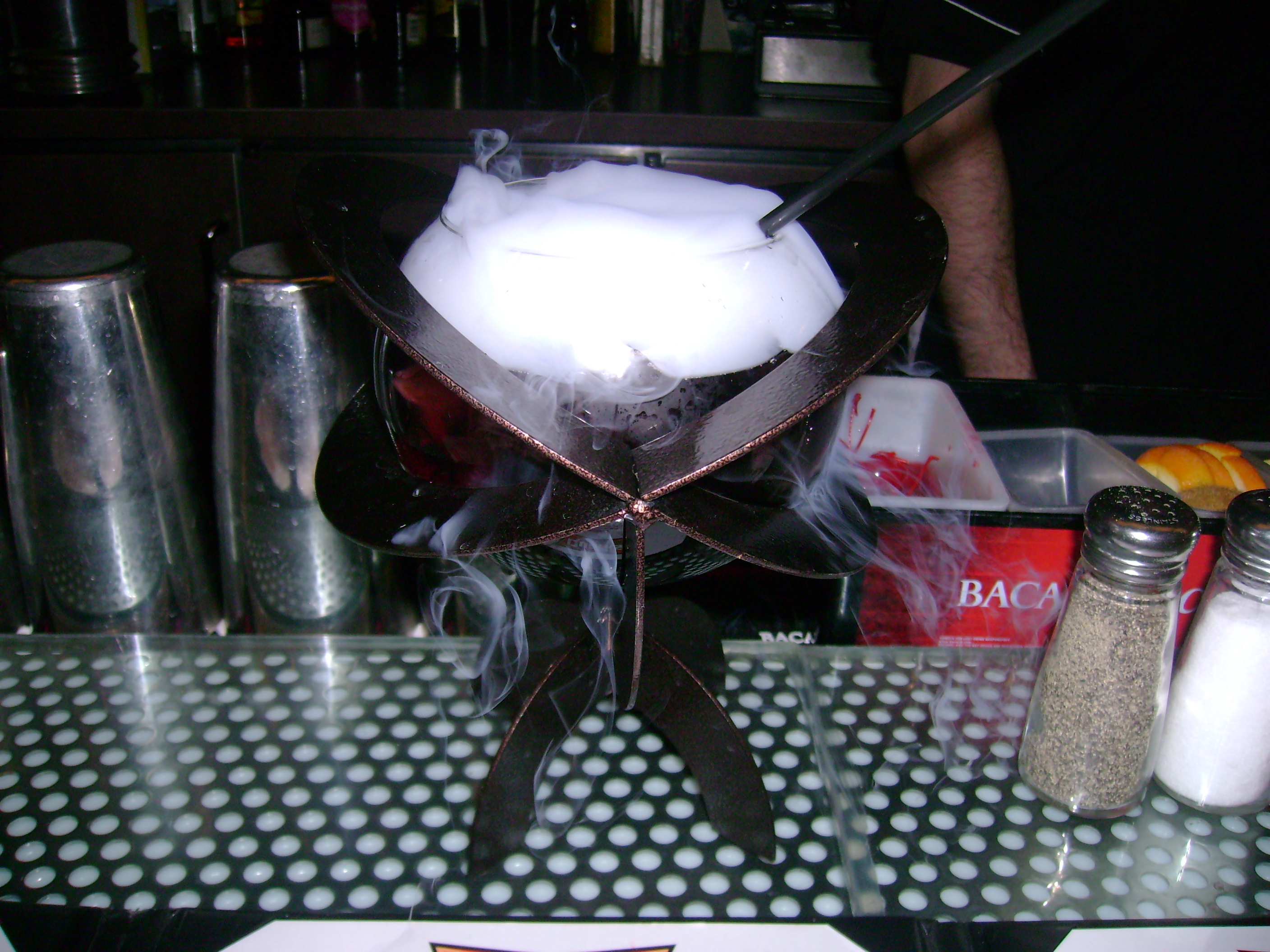 I liked the bridge scene, but I really wish they’d have had at least 2 or 3 other actors on the bridge of the Enterprise to make it more real. There were only 2 on the bridge both times. After the bridge scene you’re taken to a turbo lift. I had totally forgotten about the turbo lift sequence and how cool it was. As you’re heading to the shuttle bay, Klingons attack the ship and the turbo lift ‘fails’. This was a much better effect than the ‘falling elevator’ the day before at Luxor’s simulator. Once we arrived at the shuttle bay we boarded with Jon and I in the front seat. Even though this was slightly outdated footage of flying over a slightly oder Las Vegas Strip you’re so caught up in the storyline. And this one was’t rough. Thankfully the simulator was being kept up.

After our being rescued by the crew of the Enterprise we left thru the hallway and I made sure Jon watched the faux newscast. It seemed to me like something was missing this time and I later read about the janitor at the end who plays along acting as if the actual ride is different, implying you really were transported to the future. I seem to recall this from the first time, but I don’t know if I had just read about it before or if we witnessed tit. Regardless, the janitor wasn’t always there. We saw the couple and their mother from earlier and I asked how they liked it. They told me they loved it. I told them if they liked that, they’d really like the other one, my personal favorite.

We headed back around to go to BORG Invasion 4D. The same couple and mother were in line as well. I much preferred BORG, but some of the effects weren’t on time, and some were just off all together. The first section was just as it was the last time and the BORGified hallway was the same, but the scene where the BORG arm comes down and grabs the Starfleet Officer was timed poorly, and you could see where the BORG arm stopped and connected to the lift. Oh well, I’m sure not everyone noticed. Then we headed into the simulator, which had far less movement than Klingon Encounter. Everything was good here, with 3D special effects, seats that have effects built in, and more. But the part where the BORG collective sprays you with nanites no longer sprayed water, which made it so realistic the first time. 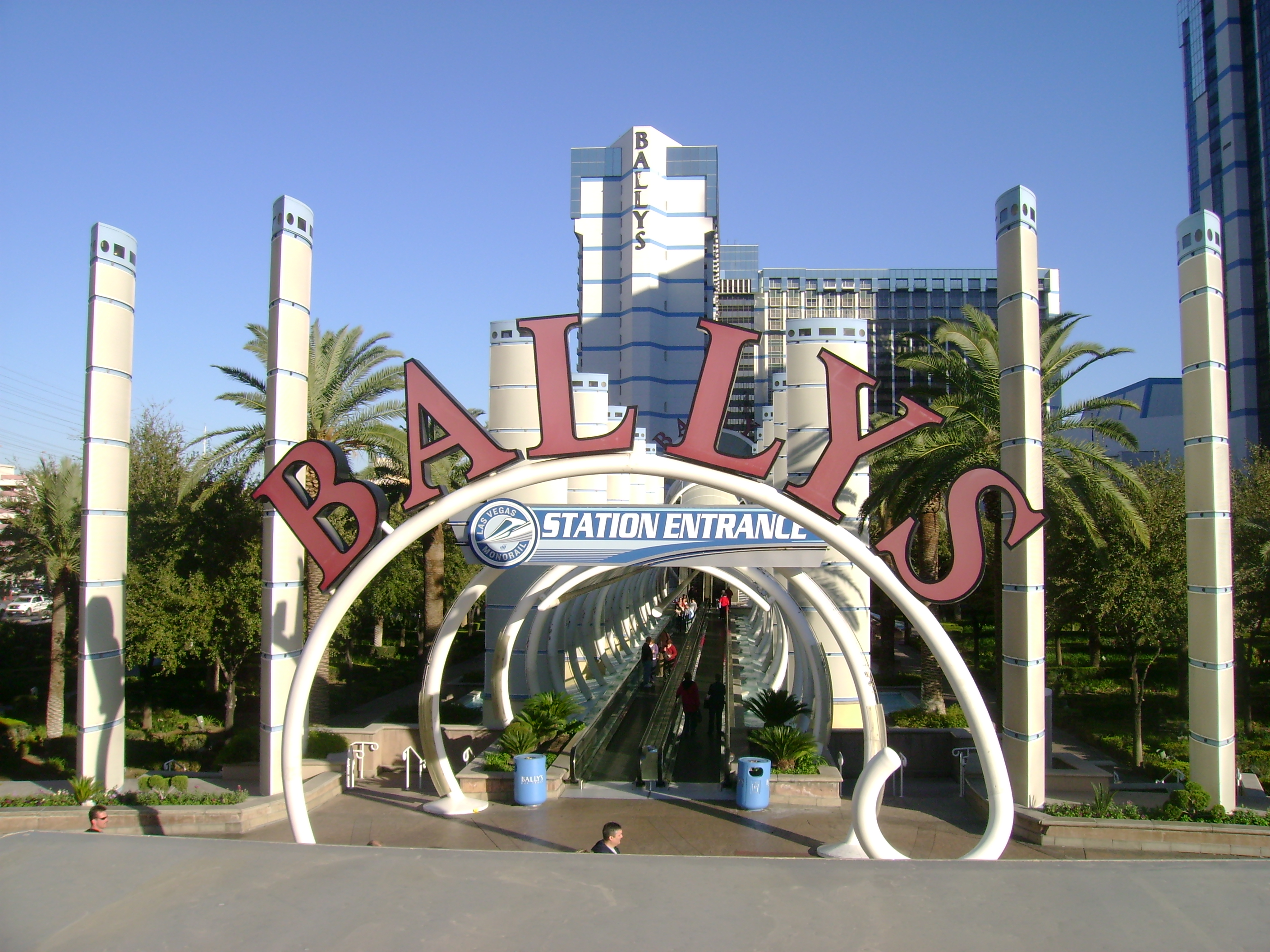 Jon liked Klingon Encounter better, but really enjoyed both. I was happy to have the opportunity to do Trek again. We headed to the shops and bought a few things, then after we finished headed to Quark’s Bar for some food and drinks. The trio were in there eating as well. Our bar tenders were total geeks, one claiming that Trek was the only reason he lived in Vegas. Jon had tuna for lunch, which was really good, and I had quesadillas. My first drink was some a Vulcan themed ‘martini’ while I made sure that Jon got a Warp Core Breach, which I ended up finishing. Next Jon ordered the 5 beer sampler, which we assumed would be a small flight, but we were wrong, and they were in full sized glasses. I had to help him finish it. Plus, one was Romulan Ale. When we were finished getting our geek on we headed back and took the monorail to Bally’s.

The monorail stopped on the tracks for a while. It was early, and we’d had a couple of drinks, so we were okay with sitting there for the time being. We decided to go to watch the Bellagio fountains again, but once we arrived we went inside to look around the shops instead. We headed outside and watched the Bellagio Fountains from the back side of the lagoon. Then we walked down towards Caesars Palace and ended up running into Larry and Nathan. We sat a bit to talk with them in front of Caesars. They were hungry but we had just eaten so they headed up to a buffet as Jon and I explored the strip a bit more. Eventually we walked back to Excalibur and took the tram to Luxor, which was convenient. Once back in the room Larry, Nathan, and Jon all prepared to spend an evening at Red Square at Mandalay Bay. I, on the other hand, planned to stay in in order to watch the Season Finale of HEROES before heading out by myself along the strip.

So I relaxed in the room, first watching Chuck, and then HEROES. I took a shower and got ready to go out before the show came on so that when it was over I could leave. As soon as the show was over I headed to the tram over to Excalibur, and then walked across to the MGM Grand. I knew there had to be a quicker way to the monorail station, so I stayed outside of the hotel and walked down the street to the back entrance, took an elevator there to the shopping level, then followed the signs to the Monorail. I probably cut off 10 minutes. Once I boarded, I had a Monorail car all to my self for the entire trip. I hung out at the north end of the strip and even walked a ways off strip exploring for the evening. I wish I’d had the camera with me but it was recharging. Around 2 AM WCT I decided to catch the bus back to the Hotel, half expecting Jon and Larry to be asleep. But once I caught the bus, I headed to the 2nd level and just a moment later Jon, who was on the 1st level, joined me and told me about his evening. He and Nathan, both of which had spent the evening on Fremont Street, caught the same bus. 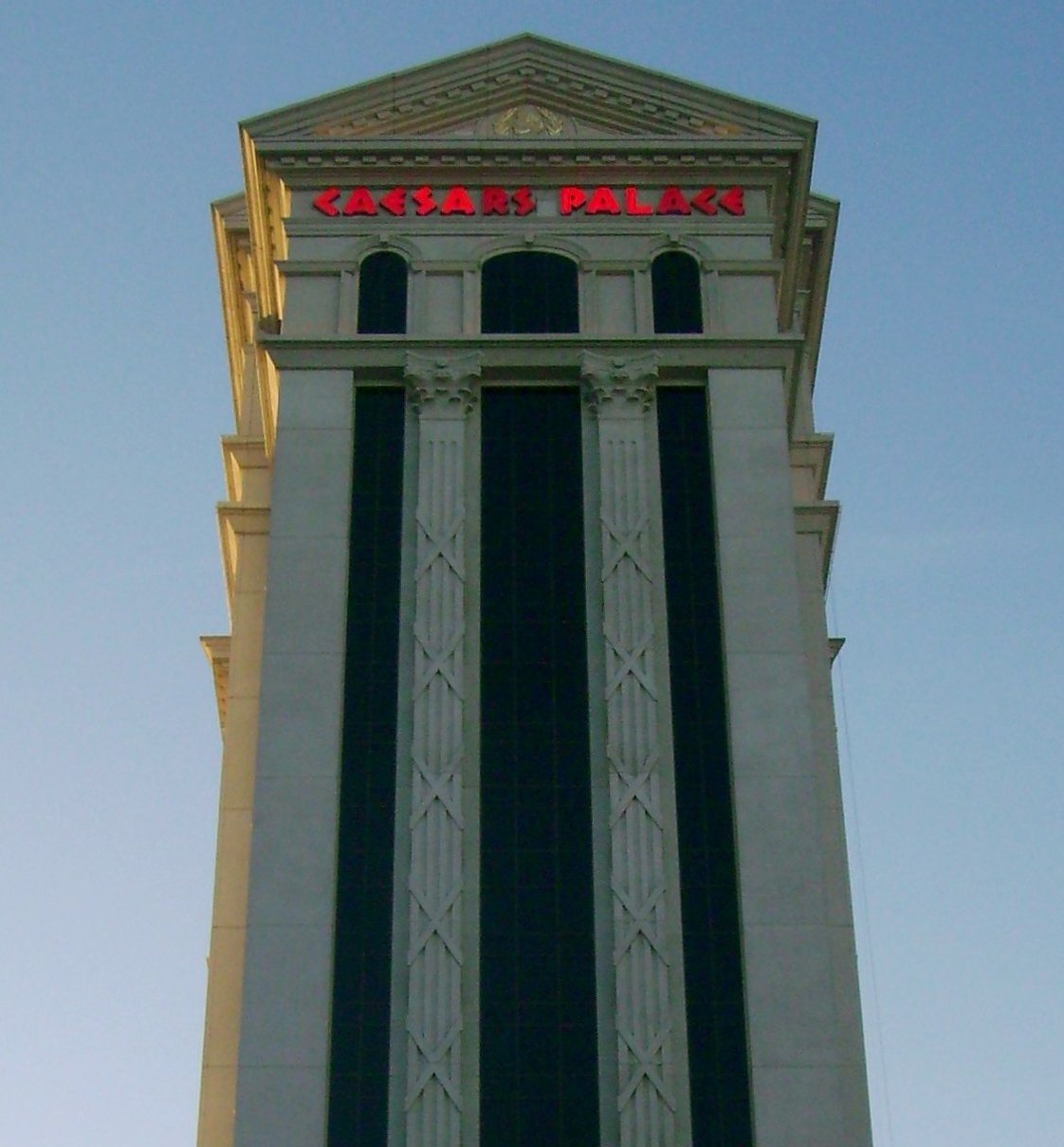 Once we got back to the Hotel Jon, Nathan, and I walked to the lobby, bumping into some very young cowboys coming out. They were asking us what was close and what was open, so we gave them directions to a couple places. Little did we know that the national rodeo championship was in town. Nathan picked up his shirt and we went to bed.