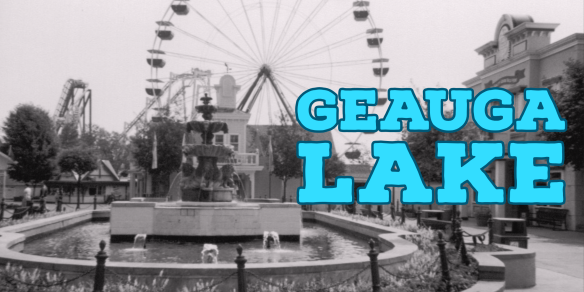 Another summer, another coaster trip planned. I’d decided that with the purchase of the 5 former Paramount Parks by Cedar Fair Entertainment Company, and with a Maxx Pass from Carowinds costing around $80 I could easily visit all three big parks in Ohio. I was looking forward to a re-tracked Villain, Maverick, Wild Cat, and Italian Job: Stunt Track. So I requested off work and planned months ahead of time. I decided to take my vacation during the week of a paid holiday and head to Ohio. I didn’t know it at the time, but this would be my last visit to Geauga Lake, as the park would announce it’s closing a few months later, with the water park continuing on for a couple more years.

Already in Charleston WV for the weekend, I drove to Macedonia, OH on Sunday evening. Arriving around 8:30 PM, I checked into the motel, showered, changed clothes, and headed to Cleveland. I’d never been to Cleveland proper before and I must say it was nice. I didn’t have very good directions to where I was going and made a wrong turn on the way, but eventually I made it back to the room after a fun evening. The next morning I packed up, checked out, and headed to Walmart for disposable cameras & a bottle of water, and then to Geauga Lake.

I liked Geauga Lake. It was a pleasant, clean, and very un-crowded park, although that isn’t the best for business. Arriving at the gate I showed Guest Services my season pass, and headed in. Two major coasters had been removed since my last visit. I’d hope to see what the track work done on Villain had done to one one of my favorite wooden coasters, so that was where I headed first. 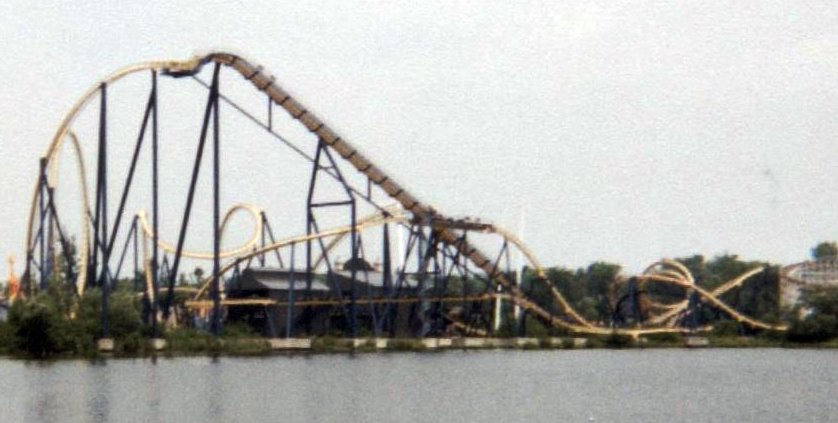 Villain–It was was literally a walk-on as I walked into the station and right onto the back seat of the train without any wait. Villain was still good. In the back there were only 2 rough spots, but I still didn’t like the Gerstlauer trains. And because it was early, Villain was crawling over the hills. But at least it didn’t squeal on all of the turns like it did on my previous visit. My first ride was kind of meh. I didn’t see the Villain I’d grown to love at this point. The straight track that replaced the trick-track worked, and this was still one of my favorite coasters. It was just going too slow.

After riding I took a few pictures. I decided not to skip past Double Loop since it was right there and it had another short line. I had to wait for a train to cycle and ended up in the middle when I boarded. Would Double Loop be as good as my previous visit? I really dug it then.

Double Loop–You know, I liked Double Loop the first time I rode it. But MAN was it delivering this time. There was airtime. The loops weren’t overly forceful. The helix was really smooth. It was great. This was probably the best ride on an old Arrow I’d had. Of course, still not as good as Tennessee Tornado, but it was good. 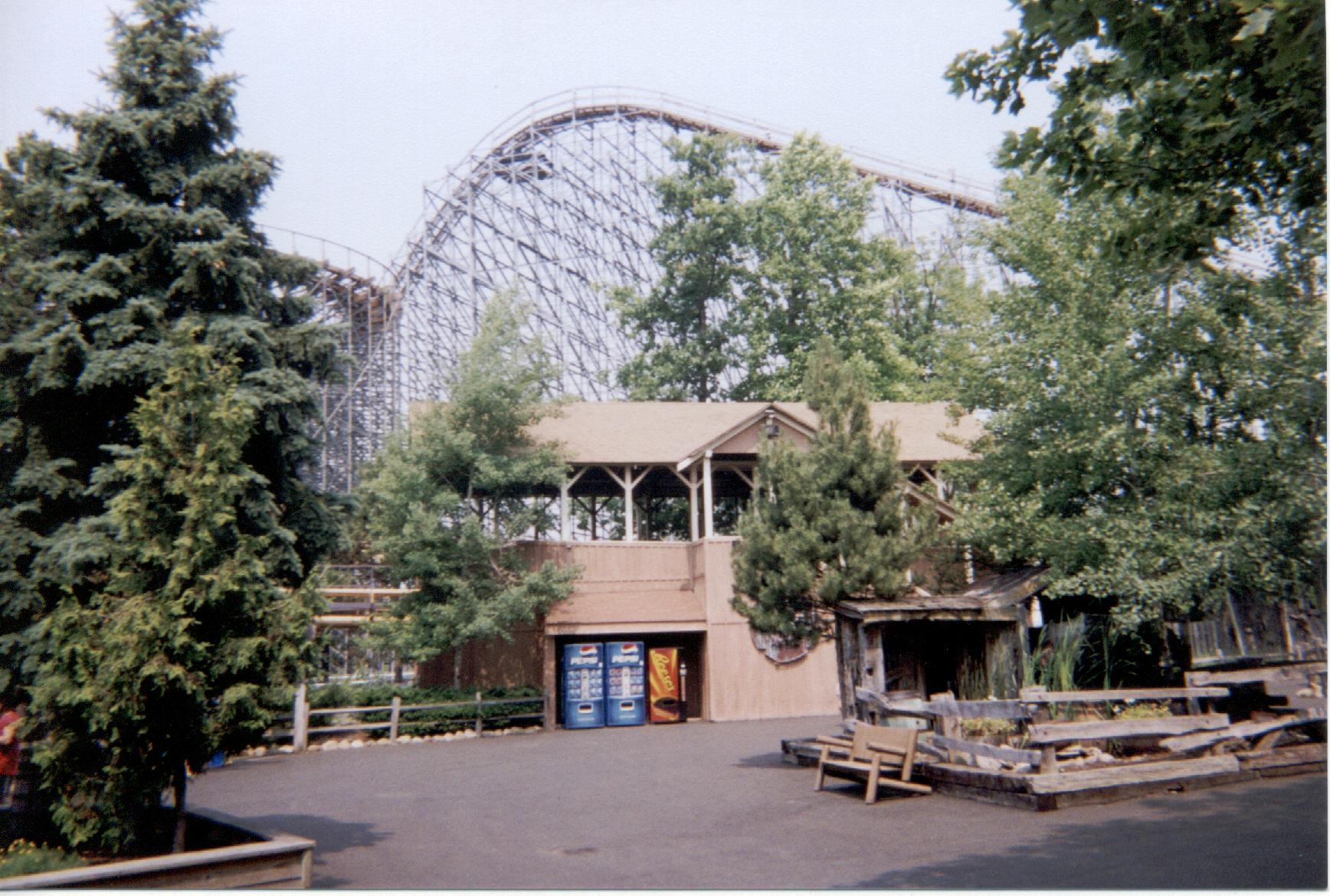 Dominator was across the midway, so I headed there next. I like Dominator, but I hadn’t ridden any other floorless coasters prior to my previous visit. This time I had Scream! at Six Flags Magic Mountain, and I was excited to compare.

Dominator–I rode in the front. I still really liked Dominator but it had gotten rough. It still had great hang-time in the loop as well as some decent airtime. I liked the ride. You drop down into a loop and then the cobra roll. The twisting section over the edge of the lake was a lot of fun. Then there were the final 2 interlocking corkscrews before the final brake run.

I wasn’t hungry, but I wanted some fried cheese on a stick so I headed to the front side of the park to take a break and enjoy the cheese and a drink. Then I headed to Big Dipper. 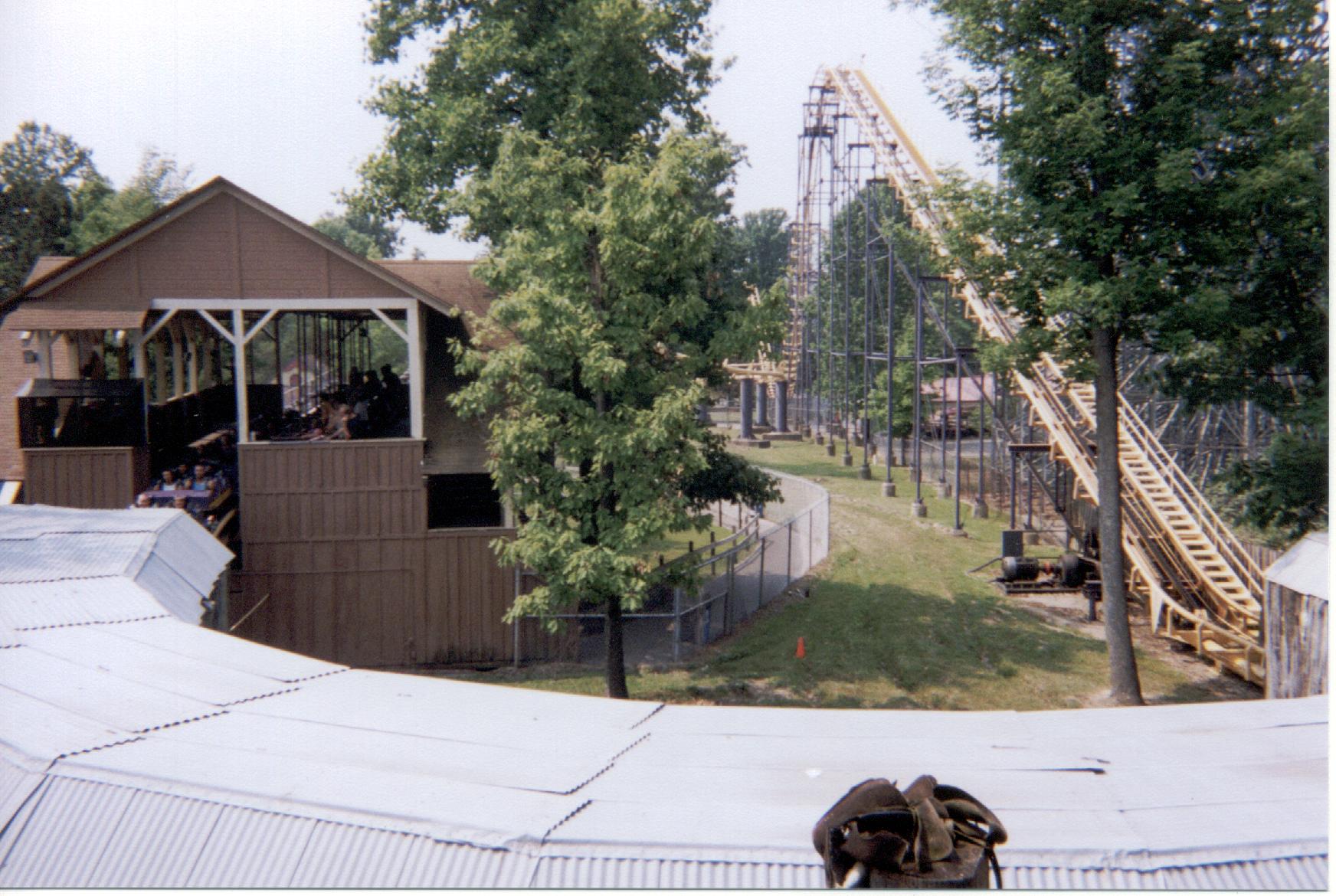 Big Dipper-Okay, I like Big Dipper and as far as airtime, it delivered big time. But I sat in the back row and it was painful. I was bracing myself for every drop. That wasn’t fun. I even got sent up into the bar at a painful angle. I liked Dipper, but I decided this would be my only ride on this visit.

One great thing about Geauga was that the coasters were close together for the most part. I headed over to Headspin for another walk-on ride. Before I go further, I’d like to point out that I like how they’ve completely removed all traces of the Monorail, the Freefall, X-flight, and Steel Venom. But they’d left a lot in the old, now closed, water park, without moving the rest of it over to the new waterpark.

Headspin–I like Boomerangs. I sat in the back of a half full train, and I still loved the first drop and the backwards drop off of the 2nd spike. Sure, the coaster pulls some forces that are not ideal for those of us that get a bit nauseous through the inversions, but I still liked it. 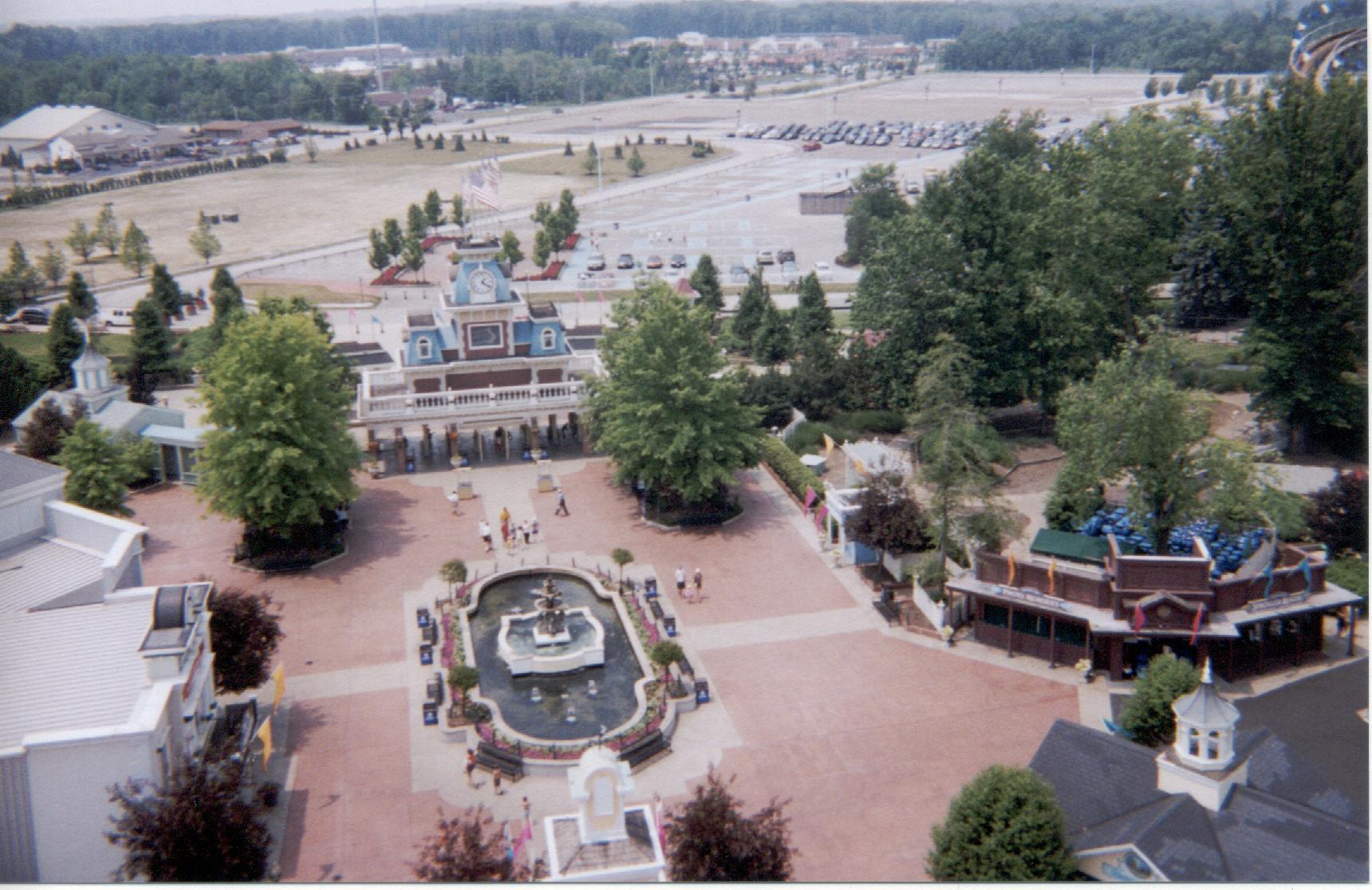 The last time I was here, I’d skipped riding El Dorado, but this time I made a point to ride. I’d ridden similar rides, but none quite like this. There were only 3 of us riding and the program wasn’t very thrilling, but the views and the breeze made for a nice break from the hot, humid day. Then I walked over to the water park to look around. It was very well done. I took the long way around the back of the park, snapped a few more pictures, and went back to Villain. This was more like I remembered it. I waited a few cycles for the front and I’m glad I did. This was the Villain I loved. It was faster, with more airtime, mostly smooth, and running great.

I tried to ride Thunderhawk, but it was down, so I rode the Ferris Wheel instead, which had a really long cycle. They parked me at the top for about a while as there weren’t many people riding. I took another break on a bench at the front of the park for a while. There was no hurry as there were no lines for the ride. Then I headed back to Thunderhawk. They were playing Rhythm Nation in the queue. I was the only person riding. Yay a whole train to myself! After Rhythm Nation, another Janet song came on. I said “Wow, is it Janet Jackson hour over here?” and the ride op laughed and said she liked Janet.

Thunderhawk–I was in the front of the train and was really kind of dreading this ride, but I didn’t have a bad experience. No shaking or headbanging. As I rolled into the station, the ride op on the speaker said “Welcome back rider how was your ride?” so of course I had to make up for all of the empty seats and scream, yell, and clap as loud as I can. The people in the station and the ops found that funny.

I was almost finished with Geauga Lake, but decided to ride Dominator one last time. I was so humid, so after some more water I headed to Dominator. This time I sat in the back. The ride was fun, but more powerful and slightly rougher in the back seat. As we approached the station, however, the train before us was just sitting there and at that point I heard the dreaded announcement. “We’re sorry, but Dominator is currently down and we do not know how long it will last…”

The ride ops, area supervisors and maintenance workers were great, coming out to check on us often. We sat there for about 15 minutes, but just as they were bringing water out, the ride came back up and running. This was the second time I’d gotten stuck on a ride at Geauga Lake, as on my previous visit, I got stuck on Steel Venom.

My day at Geauga Lake was over. I walked back to the car and left a message for John Gilman that I’d be leaving for CP, then I was off. The night at Cedar Point would be the beginning of the end of this trip, little did I know, but I was really excited to head back to the park.