My friend Jon and I decided to take a mini-vacation in January to D.C. to go to the Holocaust Museum and to tour the National Mall. The trip started on Wed. evening as Jon and I traveled to Charles Town, WV where Jon’s brother, R.W. lives. This was where we were going to stay for the weekend. We arrived at his house in the late evening and went to bed so that we would be rested well for the next day.

We awoke early the next morning and accompanied R.W. to his job at Dulles International Airport. After a brief tour of his office and surroundings, and getting directions, we headed for Vienna, Va. where we were to board the D.C. Metro Line. Vienna is the end of the line, and since I love riding the Metro, I knew I’d enjoy our 30 minute trip into the city.

The train starts out above ground, and then submerges underneath the city limits. After arriving at our station, we headed up to the street. I got harassed by some homeless guy, and then we went to our first (and only planned) stop, the National Holocaust Museum. 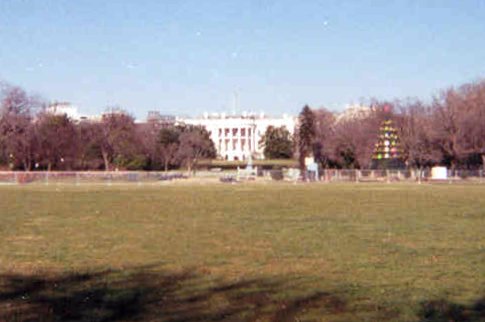 The National Holocaust Museum is a stark reminder of the atrocities of the horrible genocide attempted by Hitler. The three main levels of the exhibit go thru the start of the war, the atrocities committed against Jews, Gypsies, Jehovah’s Witnesses, Mentally Retarded, and many others, as Hitler strived for what he believed to be a perfect race of humans. The last floor of the main exhibit shows the end of the terror, and the cleaning up and healing process. There are many other exhibits and resources here, too many to see in a short amount of time. I was able to light a candle in the Hall of Remembrance, and then visited the gift shop.

After we exited, I realized how close we were to the Washington Monument. I had always wanted to go to the top, so I asked Jon if we could. We walked over, got in line, and headed to the top. The views of D.C. from the top of the monument were amazing! The entire monument has been renovated, and looks incredible from the inside out. After that, Jon said he had always wanted to see the Vietnam Veteran’s Memorial Wall, so that was where we headed next. The National Mall has plenty of stuff to do, more than can be done in one day.

The WWII Memorial was being built while we were there as well. There are plenty of little islands in the lake that are monuments to many things, including the Constitution and its signers. We walked along the Vietnam Memorial, and since we were already down this far, I wanted to head to the Lincoln Memorial, another spot I had always seen on TV, but never in life. It’s very interesting to see it up close. The statue inside is very large. We took a break on the steps of the monument, and spoke to one of the park curators about many things, including September 11. 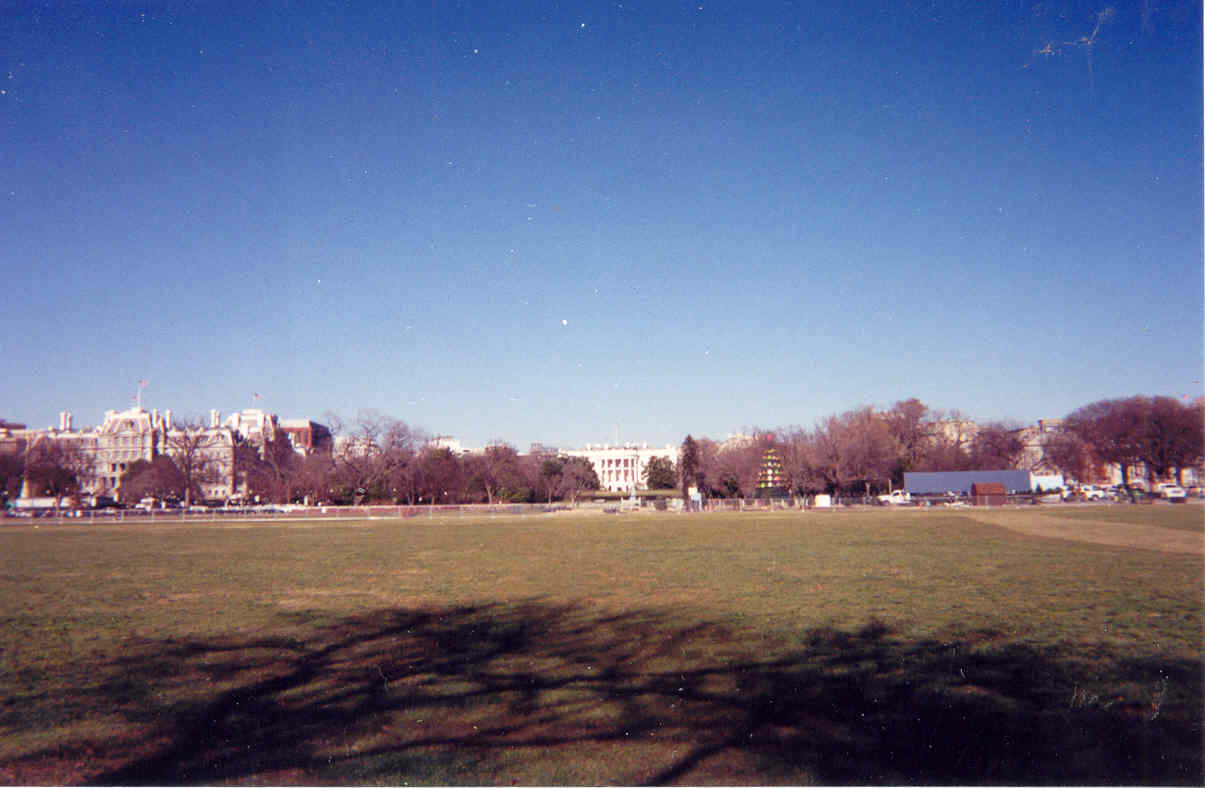 Well, next up was a trip to the Smithsonian’s National Aeronautic and Space Museum. This was before their recent move. As we walked the (very long) distance of the mall, we grabbed some food, walked by the White House and the Vice President’s mansion.

D.C. really is a nice city if you know your way around. Jon and I were both very tired when we arrived at the Smithsonian Castle. I hadn’t been to that part of the Smithsonian, so we went in. We went into a few of the museums for a little bit, and finally ended up at the Aeronautics and Space Museum. Unfortunately, the day was late, and we only hit 2 floors of the Museum. Jon and I were both tired, but fulfilled by our day of sight seeing. We got back to the Metro, rode to the end of the line, got in the car, picked his brother up, and headed to dinner, where we would meet up with R. W.’s wife.